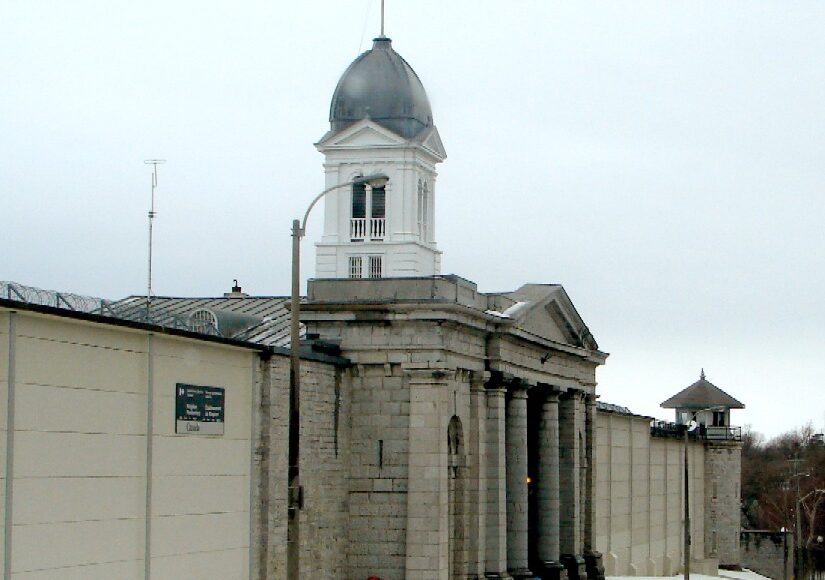 In 1938, a government-mandated investigation of the Canadian criminal justice system found the need for massive reform. The evaluation, spurred by a series of protests, called for “radical change” that would have seen Canadian prisons transition from a punishment-focused approach to one more centered on rehabilitation. Despite the proposal, many of the suggestions failed to be implemented in time to avoid being swept under the rug by an imminent world war.

82 years later, Canada finds itself at a similar crossroads. Following global protests and increased scrutiny, the current government has promised reforms to the RCMP and the criminal justice system as a whole.  Recent instances of police violence have placed systemically racist government institutions in the spotlight, showing the dire need for reform. Canada is not alone in its shortcomings, but there are a handful of countries around the globe that have achieved, and in some cases surpassed, the goals set by Canadian activists and experts that Canadian lawmakers can learn from.

Often cited by progressives as a model social democratic welfare state, it may not come as a surprise that Norway has a remarkably humane criminal justice system, boasting one of the lowest crime rates in the world. The Nordic country’s methods, characterized by staggeringly short maximum life sentences of only 21 years and prison cells that resemble upscale university dorms, are evidently effective as the recidivism rate sits at 20 per cent, compared to 75 per cent in the United States. Take Halden Prison, “the most humane prison in the world,” for example, where inmates are treated to comforting amenities like kitchens, couches, and unbarred windows which allow them to take in the forested scenery surrounding them. Riot shields are traded in for recreational activities, and there are no ‘guards’ who exist to intimidate and oppress inmates, but instead “officers” who serve as helpful role models that put concerted effort into reducing residents’ psychological stress stemming from their incarceration.

The main difference between the Norwegian model and countries like Canada and the US are each system’s fundamental goals. Unlike Canada’s retributive system that focuses on revenge and punishment of the incarcerated, Norway operates within a restorative framework that emphasizes rehabilitation and the reintegration of offenders back into society. It boils down to applying a less militarized, more nuanced strategy that only applies hardline tactics if absolutely necessary. The difference in approach is seen in protocols, training, and regulation of front line law enforcement as well, curbing tactics that have instigated some of the more notorious instances of police brutality observed in North America in recent months. In Norway, armed police officers are not involved in routine operations like those in the US that led to the death of Breonna Taylor in her own apartment a few weeks ago. The now infamous knee-on-the-neck restraint, which was used most recently by Minneapolis police to suffocate George Floyd to death, is banned in almost all of Europe with the exception of France. Qualifications and training requirements differ in Europe and North America as well. Some police in the US, such as those in Minneapolis, are trained for a mere 16 weeks before they are given weapons and deployed as rookies, yet their European counterparts require upwards of two and a half years of training for the exact same positions.

By simply looking at the data in Canada, it is abundantly clear why the implementation of these policies can make the crucial difference between life and death. The criminal justice system is one of the most obvious gauges of institutionalized racism, as racial biases within both policing and prison systems in Canada are indisputable. While Canada may not have as many police shootings or people incarcerated per capita as its southern neighbour, those who push the narrative that it is somehow a utopia in comparison to the US are doing a great injustice to communities that have been marginalized by Canadian law enforcement.

Canadian authorities must seriously examine the inequities that exist within policing and prison systems, such as the fact that Indigenous Peoples make up about one third of all people incarcerated nation-wide, despite comprising only 5 per cent of the total population. Additionally, Black people in Toronto makeup 37 per cent of those who have died in police encounters over the last 17 years despite being only 8 per cent of the city’s population. RCMP violence against Indigenous Peoples, like the case of Chief Allan Adam, or the inept and unqualified handling of those who deal with mental illness, such as the case of Regis Korchinski-Paquet, demonstrate a serious need to reevaluate how policing operates in Canada. The implementation of Norwegian practices in both prison amenities and police capabilities can diminish the suffering caused by these inequities, while also suppressing an aggressive and dehumanizing mentality prevalent in law enforcement that channels racist ideologies.

Activists have been expressing this sentiment in recent months as part of global protests against the perpetuation of systemic racism through police brutality. The shortcomings of criminal justice reform, whether it be 80 years ago or today, have prompted calls from Canadians to defund and abolish policing as we know it. These demands signify an acute need for material change in how the Canadian justice system interacts with racial minorities, Indigenous Peoples, and those living with mental health issues. This means reinvesting massive police budgets into community resources, infrastructure, and mental health services that can address these problems at their roots instead of doubling down on an already faulty system. These demands are hardly radical, as the reallocating of funds has already been successfully demonstrated in aforementioned Norwegian correctional facilities to better treat those who suffer from mental illness.

To date, the current Canadian government has done little outside of simply acknowledging the issue of systemic racism in our police forces, and the issue will likely become more politicized in light of another possible federal election. The next few years will be crucial in deciding if, how, and when reforms to the justice system will pan out. Take the current federal Conservative Party leadership race, for example. The presumptive front runner is Peter MacKay, the former attorney general and justice minister during the last Conservative government. During his time in those portfolios, MacKay took a hardline approach to criminal justice reform that vied for the expansion of police powers and punishment, even to the point of unconstitutionality.

MacKay’s penchant for mandatory minimum sentencing contradicts what Norwegian officials and legal scholars alike have argued are effective crime deterrents. His attempts at imposing harsh penalties, such as “victim surcharges” that require monetary penalties on top of long prison sentences, act in direct opposition to the pleas of criminal justice reformers of the 1930s, not to mention being out-of-step with current academic opinion on legal philosophy. Overall, MacKay’s tough-on-crime attitude is not in line with the lessons Norwegian reform has dictated.

That is why the work done by activists in the coming months and years will be decisive in positioning Canada on a trajectory of change. Criminal justice reform has been a historically difficult thing to implement successfully, yet Norway has proven that these reforms can be tremendously effective if implemented properly. Canada still has a long way to go in the transition from retributive to rehabilitative prisons and demilitarizing police. However, activists calling attention to the obvious racial incongruities in these systems continues to fuel the urgency needed for reform.

The featured image by P199 is licensed for use under Public Domain.