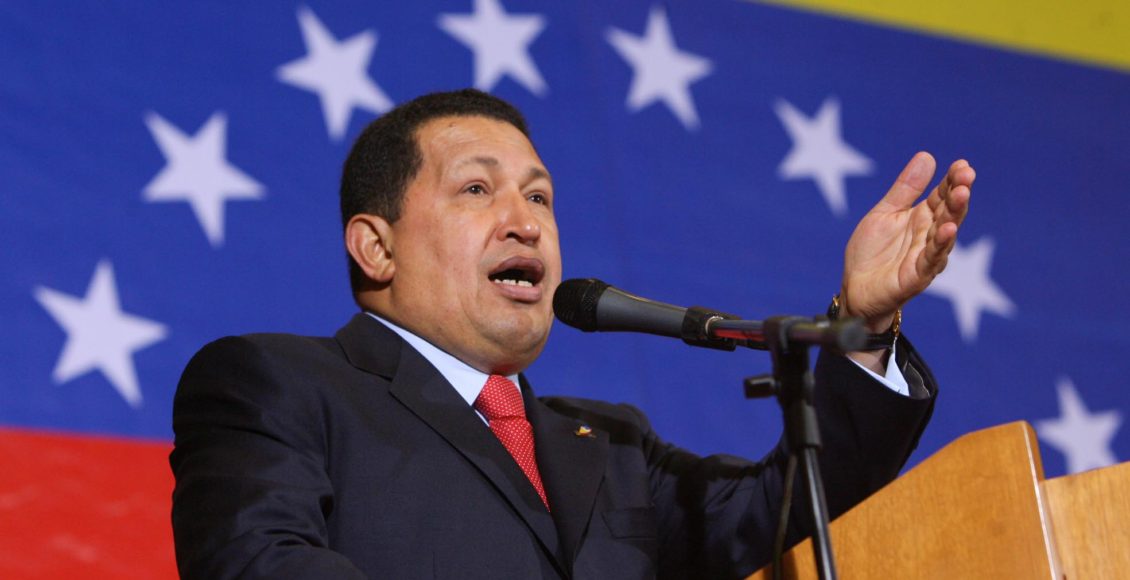 The recent escalation of Venezuela’s political and economic crisis has sparked vibrant discussion on the origins of the nation’s downfall. Mounting discontent over the country’s bleak future and ever-worsening economic situation has reached a pinnacle amid the current uncertainty of Venezuelan leadership. So, with the country making headlines every day since Juan Guaidó’s claim as interim president, the remarkable demise of what was once Latin America’s richest country has many onlookers searching for answers. Thankfully, there exists no shortage of published material providing explanations for the complex question at hand: How can a country holding the world’s largest oil reserves be experiencing one of the most dramatic cases of hyperinflation to date?

Such a question provides no easy answer and demands to be approached with caution, avoiding the risk of oversimplification. To be sure, there exists no possible way to succinctly present the range of international and domestic factors, historical and modern policies, social and economic disruptions, that lie at the foundation of Venezuela’s fiscal despair. Yet, Venezuela, as a country that receives 98% of its export earnings from oil alone, has presented itself, to reporters and scholars alike, as an exemplary model of the so-called resource curse: a weighty concept with a misleading label. When applied irresponsibly, the term “resource curse” risks reducing Venezuela’s decline to sheer misfortune. However, its decline is the result of faulty policies and actions taken by government leaders. Political and economic blunders demonstrate that Venezuela’s tribulations were constructed, not pre-destined.

Considered an “archetype of a failed petrostate”, Venezuela’s domestic turmoil is emblematic of the dilemmas too often observed in resource-rich nations: an economy left vulnerable to volatile commodity prices and an unaccountable government with populist tendencies, which in turn foster low levels of growth, rampant corruption, and political instability. Going by the most rudimentary understanding of the resource curse, Venezuela appears to be a textbook case. With depleting foreign reserves and prices that are estimated to double every 19 days, unsurprisingly, a growing amount of literature identifies the resource curse as the cause. Moreover, a popular talking point has become concerned with how other oil-rich nations such as Nigeria and Guyana should escape Venezuela’s ill-fated demise.

The emerging use of the resource curse paradigm in mainstream media has important implications on the ways in which we view policy oversights. This is not to dispute the underpinnings of the concept itself. Certainly, there exists empirical evidence suggesting a correlation between natural resource wealth and poverty coupled with instability, most notably in Latin American and African countries. However, when the term “resource curse” is thrown in as a buzzword amongst the recent slew of published articles responding to Venezuela’s social and economic upheaval, we must be wary of its connotations. For the humanitarian crisis in Venezuela is not the result of some inevitable doom destined for countries endowed with natural resource abundance. Rather, it is the real and tragic consequence of bad governance and poor economic policy. It was the conscious and autonomous decisions of government leaders that have constructed an environment of instability, not merely by means of a “curse”.

Venezuela’s long road to crippling debt and mounting hyperinflation, rapidly intensifying since 2015, is composed of numerous and complex factors. Nevertheless, it is rooted in irresponsible policies implemented by self-interested leaders: leaders that fostered mismanagement and corruption in the very industry that determines the country’s wealth. After Hugo Chávez was elected president in 1998, envisioning a Venezuelan socialist state, he succeeded in accomplishing just that, reducing poverty and unemployment, building infrastructure, and implementing programs that pleased the people, all while high global oil prices remained on his side. However, his strict price controls, leading to an undersupply of basic goods, and devaluation of the currency while oil prices remained high proved to be detrimental. These policies would soon foster uncontrollable inflation and become a source of the country’s demise. In 2007, when Chavez expropriated foreign oil companies such as ExxonMobil and ConocoPhillips, who held large investments in Venezuela’s oil reserves, the country was stripped of much-needed capital. And as Chavez appointed political allies to occupy important positions in Petreoleos de Venezuela (PDVSA), the state-owned oil and natural gas company, the lack of expertise gave rise to mismanagement in the oil industry.

In contrast, other resource-rich nations have managed to escape or avoid the resource curse altogether. Chile, as the world’s largest copper producer, once resembled the cynical archetype: impoverished conditions, economic instability, and a brutal authoritarian regime lasting until 1990. Yet in recent decades, efforts to encourage private investments and diversify its economy, particularly in the tech industry, all while maintaining transparency, have made it one of the fastest-growing economies in Latin America. Meanwhile, since independence, the mineral-rich nation of Botswana has transformed itself from one of the world’s poorest countries to a stable upper-middle-income economy. Responsible fiscal policies ensured that government spending did not over-rely on mineral revenue and further invested profits for future growth. These countries are by no means immune to corruption, stark inequality, or the existence of poverty, and indeed, these realities remain a prevalent issue within their borders. However, their relative stability via responsible governance reveals that a different possible outcome is in fact attainable for nations rich in natural resources.

What remains certain in Venezuela is that the legacies of unfavourable fiscal policies stifled growth, by failing to diversify the oil-dependent economy and cushion it from rapid decline. Lack of investment, mismanagement, corruption, and self-interest are just a few of the many deliberate decisions made by Chávez’s, and later, Maduro’s regimes. There was in Venezuela a series of individual decisions that magnified into today’s deteriorating economic reality. The rise of Venezuela’s humanitarian crisis was neither pre-destined nor unavoidable. Language that treats it as such shifts responsibility from key actors who played unambiguous and detrimental roles. So, while there is merit in understanding observed patterns of instability and poverty within resource-rich nations, we must not confuse the term “resource curse” with “inevitable fate”. A proper account of how this so-called “curse” operates in countries like Venezuela places blame where blame is due. It holds accountable self-interested regimes riddled with corruption, and recognizes a country’s demise as a subsequent result, not merely a self-fulfilling prophecy.