Out With the Old, In With the New? The Future of the Fed under Policy 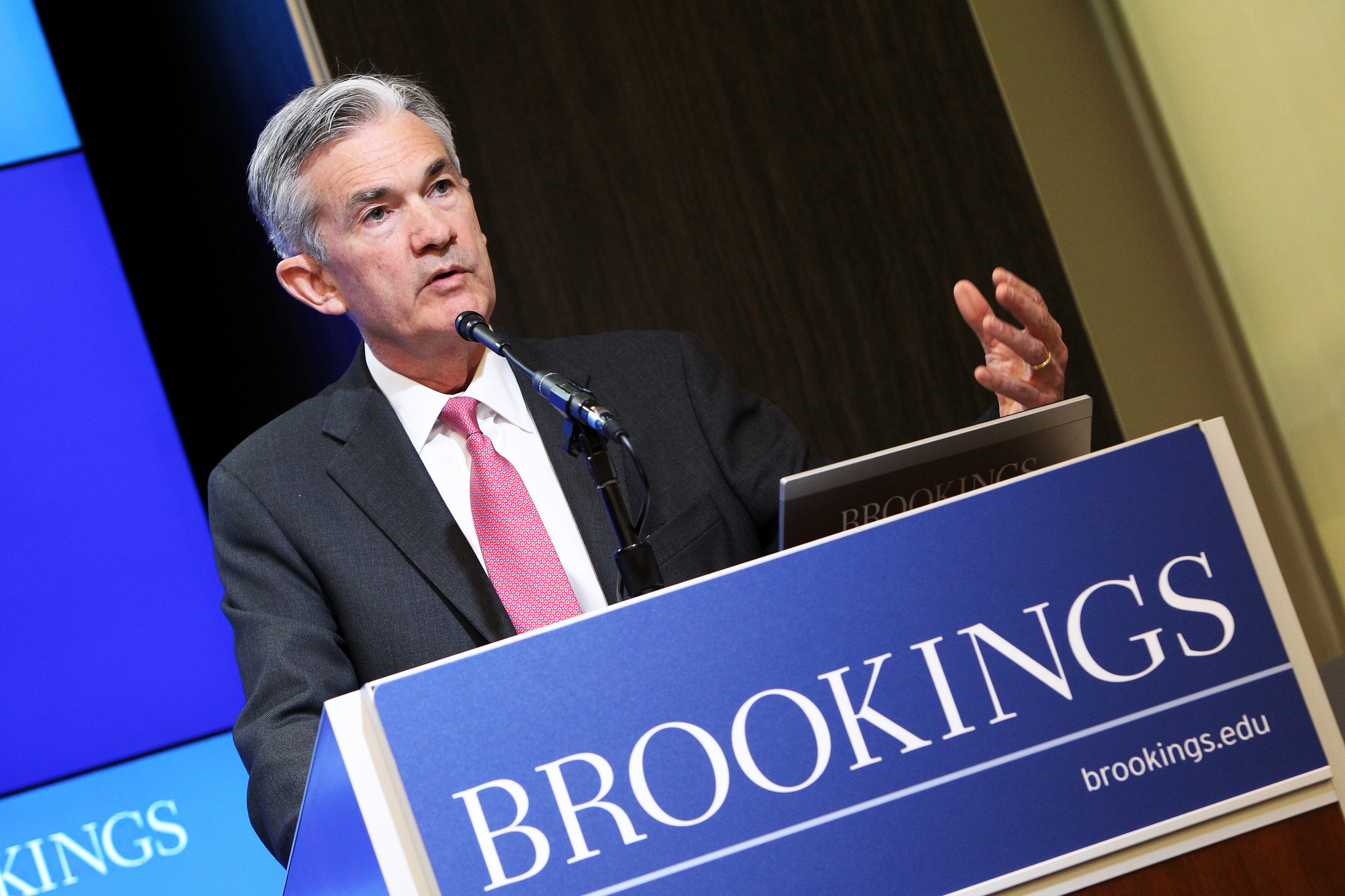 On February 3, Jerome Powell took over from Janet Yellen as Chair of the Federal Reserve. Trump’s decision to appoint a new Chair of the Fed, as well as his choice of appointee, is indicative of the increased politicization of that role.

What is the Fed and why does it matter?

The Federal Reserve, created in 1913 under President Wilson, is the American government’s main mechanism for regulating banking and maintaining stability in the economy. The Fed has three main ways of accomplishing these goals. The most important is by managing interest rates through their ‘federal funds rate’, the interest rate charged between banks for overnight loans. This one rate, controlled by buying and selling government securities, essentially affects all interest rates in America, and as a result, has a significant impact on the global economy. The Fed also sets the ‘discount rate’, or the rate that banks pay on short-term loans from the Fed, as well as the requirements of how much banks must have on reserve against deposits in bank accounts. In maintaining stability in the economy, the goal of the Fed is two-fold: to maintain low unemployment and low inflation. Often these goals work against one another. By lowering the federal funds rate, the Fed can raise employment, but risks also raising inflation. Members and leaders, of the Fed are often characterized as either dovish or hawkish. Doves are more focused on unemployment and low-interest rates to stimulate the economy, while hawks are more worried about inflation and support higher interest rates.

The Federal Reserve is comprised of three main entities: A Board of Governors, twelve Federal Reserve Banks around America, and The Federal Open Market Committee (FOMC). The FOMC is made up of all the Fed governors and the presidents of five of the twelve Fed banks and is the entity focused on drafting monetary policy. The Chairman of the Fed is the Chair of the Board of Governors and the FOMC.

Why does it matter who’s in charge?

The Chair sets the monetary policies of the Federal Reserve, and through this mechanism has an enormous impact on the American, and global economies. However, it is not just the actual policies of the chair that have an impact. Just the perception of the type of leader the Fed has can have an important effect on the stock market. Before a chair makes any actual changes to the federal funds rate, a single speech or hints that they might raise or lower rates could change the behavior of bankers and the stock market.

Who was Janet Yellen?

Janet Yellen was the first woman to ever serve as the chairman of the Fed and will leave as the only chair in the last 40 years not appointed for a second term. Yellen was appointed Chair of the Federal Reserve in 2014 by Obama. She is a self-proclaimed Keynesian, believing passionately in fighting unemployment. Yellen was highly qualified for the job, having served previously as a Fed governor and as chair of the Council of Economic Advisors under Clinton and then as president of the Fed in San Francisco in 2004, followed by Vice Chair of the Board of Governors in 2010.

She was chosen post-financial crisis, when Keynesianism, which had previously been looked down upon by a wave of classical neo-liberal economists, held renewed appeal in a world where the market had clearly been under-regulated. Yellen described this trend herself, saying, “the financial crisis really diminished the prestige of those who think that financial markets are always efficient and work extremely well.” When Yellen took over, it was one of the most highly publicized and politicized transitions in the history of the Fed- because it was a moment when the central bank mattered more than ever.  The Federal Reserve was still under intense criticism for their decision to bail out the banks in the 2008 financial crisis, and it was expected that new leadership would mark the beginning of a new era of renewed regulation by the fed.

Yellen took over as head of the Fed in a dark time. The Federal Reserve had just picked up billions of dollars of toxic assets in the financial crisis. The American economy was trying to get back on its feet and needed a guiding hand. Emerging from this chaos, Yellen’s tenure as chair was remarkably successful. She maintained low interest rates, only recently beginning a policy of slowly and cautiously raising the federal funds rate. She helped bring employment under 5% and kept it there, and despite keeping a low federal funds rate, managed to maintain inflation below 2%, the target goal of the Fed. Yellen oversaw the strongest 6 months of economic activity since 2014, the second and third quarters of 2017. In fact, Yellen is most likely responsible for a lot of the economic achievements that Trump took credit for in his State of the Union address, including low unemployment and strong job creation.

During her time as chair of the Fed, Yellen received criticism for being too political, but this was not a result of her own behavior as much as a trend of the position itself becoming increasingly political. Yellen had to appease a variety of different groups in her time as chair of the Fed, including Wall Street, Congress, and the FOMC. The trend of Chair politicization is demonstrated by the fact Yellen is being replaced so soon, and by Trump’s choice of replacement.

Who is Jerome Powell?

Jerome Powell, the newly appointed chairman of the Fed, is a lawyer and multi-millionaire. He is the first non-economist to be appointed to that position in recent memory and is one of the richest members of the Fed. In this sense, he follows the trend of President Trump appointing wealthy outsiders to important roles in his White House. However, Powell differs from many Trump appointees in that he is actually qualified for the job- and he represents a compromise with the left. Powell has served on the board of the Fed since 2012, and during that time voted with the majority on most monetary policy.

Powell’s term as chair began on the third of February and was immediately followed by a steep drop in the Dow Jones. This is obviously not the result of any monetary policy put into place by Powell, but a reflection of the uncertainty that comes with new leadership in the Fed. Historically, the Dow tends to fall when a new head of the fed takes office and with such strong and steady growth in the market for the last year, experts argue it was only a matter of time before the market adjusted.

Powell is not expected to dramatically change Yellen’s policies, due to the fact he voted with her on most issues while serving on the Board. He is expected to continue slowly raising the federal funds rate and selling off the assets the Fed acquired in the recession. He is also expected to pull back on the quantitative easing Yellen implemented in her tenure. The one big difference between Powell and Yellen is his position on regulation. He has spoken out about removing some of the regulations put in place after the recession, stating “More regulation is not the best answer to every problem”.

Some believe that because of his lack of a Ph.D. in economics, Powell could be swayed by his staff, mostly conservatives appointed by President Trump, and that because of this, his positions will be more hawkish than they initially appear.

Why is Yellen being replaced?

A major question surrounding this appointment is why, with her remarkable record of success, is Yellen being replaced? Many presidents, including Obama, have, for the sake of continuity, appointed the Chairs of their predecessors, often reaching across party lines. In fact, Yellen is the first chair in 40 years not to be reappointed. Yellen herself has openly stated that she is disappointed she is being replaced.

The main reason for Yellen not being reappointed is that she is a Democrat. Trump spoke to this during his campaign, stating that, though he had nothing against her and thought she was good at her job, “[Yellen is] not a Republican … when her time is up I would likely replace her”. Powell, though his monetary policy largely aligns with Yellen’s, is a Republican. This political motivation behind the appointment of a new chair is a sign of the already rampant partisanship in American politics making its way into the Fed.

However, compared to many of Trump’s appointees to other roles in the White House, Powell almost seems like a reason for hope. Powell is a moderate, known for bipartisan cooperation. He was chosen as a political compromise between Democrats and Republicans.

Nonetheless, despite this reputation for cooperative skills, there are still fears being raised around conflict, and conflicts of interest, between the Fed and the White House. For one thing, the Fed is expected to continue raising interest rates under Powell which could very well lead to conflict with the President who has spoken out in favor of low-interest rates, saying “I’m a low-interest rate person… devaluation is the single greatest tool that these other countries are using to absolutely kill us.” Additionally, raising interest rates would likely slow down the stock market growth which Trump has been pointing to as a sign of his ostensible success.

Due to the way Trump has approached the appointment of the Fed Chair, citing as one of the main reasons for the change wanting to “make [his] own mark”, it is clear that he sees this role not as the independent, neutral position it once was, but as an extension of his own policy. This politicization risks either a frustrated conflict when Trump realizes his influence in the Fed is not as great as he’d imagined or a Fed that works too closely with the president, like the infamous Nixon-Burns partnership that led to stagflation in the 80s. Either way, it is evident that the role of Chair of the Federal Reserve is more political than ever.