Olive Branches of Religious Tolerance: The Resurgence of Jewish Identity in the Arab World 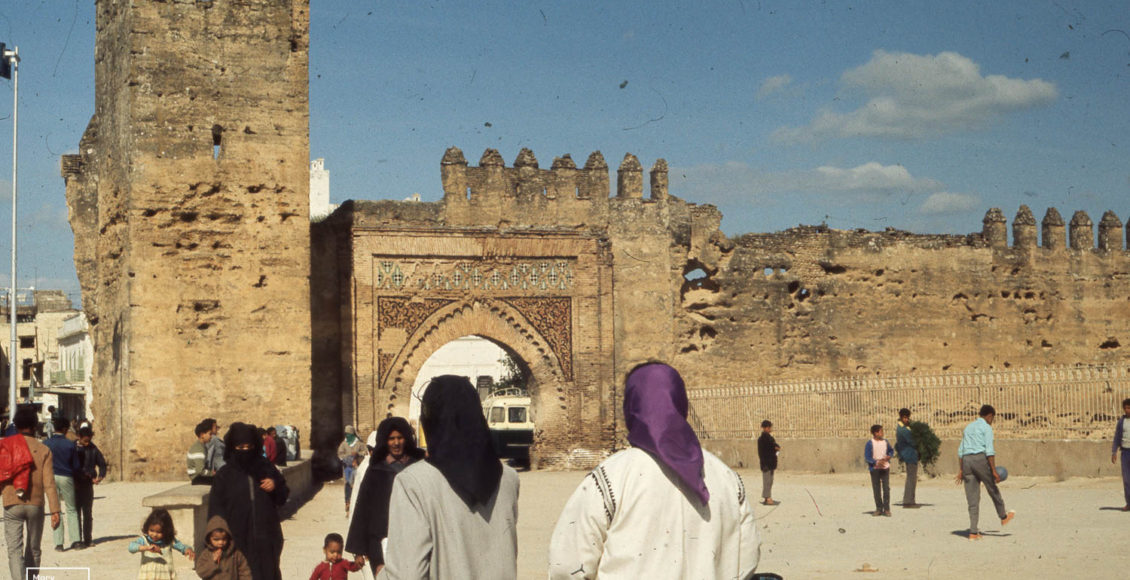 The entrance to a Mellah located in Fez. The image captures the rich religious diversity and utopian religious coexistence that is currently emerging in Morocco. This image is licensed under CC by 2.0.
Share

Jews enter a Moroccan synagogue accompanied by the Muslim call to prayer echoing out of minarets across the city of Casablanca. The religious contrast is stark. A renewed and reinvigorated religious coexistence is uncovering a nation’s multicultural legacy.

Morocco is setting a modern example of acknowledging religious rights and history in a region that often emphasizes religious and cultural homogeneity. In an incredible turning point for the recognition of Jewish history in Morocco, Rabbi Yoshiyahu Pinto was appointed to the Chief Rabbinic Judge of the country this past April. During a ceremony in Casablanca, attended by senior government officials, representatives of the King, and members of the Moroccan military and police force, Pinto expressed his gratitude as hundreds watched one of the most symbolic moments for the transnational and trans-generational Jewish identity.

In 2011, King Mohammed VI “enshrined” Judaism in the country’s constitution. He further stated that he cannot “speak of the land of Islam as if only Muslims lived there” and he “protect[s] Moroccan Jews as well as Christians from other countries who are living in Morocco.”  In addition to this official recognition of Jewish heritage, he launched a program to restore 100 Jewish synagogues, cemeteries, and heritage sites, and pledged to rename a number of previously Jewish-inhabited neighbourhoods to their original names. The Moroccan King is also the highest religious authority in the state, which serves to further legitimize Morocco’s pledge to acknowledge the diversity that made the nation the cultural hotspot that it is widely regarded as today. Alongside this promotion of Jewish culture came a hike in the Moroccan tourism industry. A significant number of these tourists are Jews embarking on a historical and ancestral discovery.

Sometimes characterized as a mirage, this Jewish and Muslim harmony in Morocco is a prototype of multiculturalism; a quality which Morocco had exuded in its history and only temporarily lost in the emergence of the 1930s Arab Nationalist ideology, attempting to unify the Middle East and North Africa under a single Arab identity.  Throughout the 20th century, Jews had urgently fled Morocco in the Sephardic diaspora. Yet, in 2019, the coexistence of the Jewish minority and Muslim majority seeks to pave way for a shared future by virtue of a shared past.

Religious diversity has been a feature of Morocco’s history. Ranging from the Berber populations who had adopted Christianity as a result of Roman conquerors, to Judaism arriving alongside Islam in the 7th century, the Moroccan national identity had a number of religious facets. Once numbering over 200,000 thousand, Morocco’s Jewish population has dwindled to only 3,000 across the vast North African Kingdom. Yet, Morocco remains one of the only Arab countries with any Jewish population at all, and judging by the rhetoric from some of the country’s most influential authorities, including the King and other royal notables, Morocco intends to protect and cultivate its Jewish population.

Jews in the Muslim world undoubtedly had difficulty navigating transforming the ideologies of their homelands. Unlike other Arab countries who had government-sanctioned anti-Jewish policies, the Moroccan monarchy emphasized the Jewish facet of Moroccan national identity throughout a number of centuries. Mellahs—walled Jewish quarters unique to Morocco—were constructed between the 15th and 19th centuries in order to safeguard its Jewish communities. Mellahs, whose remnants can be found across the country in cities like Fez, Rabat, and more recently discovered Marrakech, are often regarded as a positive artifact of cultural history in comparison to other Jewish quarters in both Europe and the Arab world.

Later, in the 20th century when Morocco was under French occupation, King Mohammed V refused to implement the anti-Jewish policies that Nazi-occupied France was encouraging. Defending the Jewish population in the context of global anti-semitism legitimized the monarchy’s claims of conserving religious and cultural diversity.

The recent recognition of an official Jewish voice on the world stage may be an effort to reclaim a rich and established Moroccan national identity of religious inclusion—a legacy intimately linked with religious diversity. It is also a reversal of a previous policy that strayed from this legacy. In its effort to bandwagon Egyptian President Gamal Abdel Nasser’s advancement of the 1930s Arab nationalism ideology, Morocco had embarked on a path of Arabization. Schools, organizations, languages, and other components of a society’s characteristics were transforming amidst a struggle to duplicate the Arab culture found further east. This agenda significantly impacted the diversity of the country, especially the Indigenous Berber and Jewish populations’ sense of cultural recognition and national belonging.  Understandably so, the Jewish population saw no future living within the constraints set out in the package of Arab nationalism.

Compounded by Arab nationalism and political Islam’s popularity, the number of tangible artifacts indicative of Morocco’s Jewish past diminished. However, Jewish life in Morocco was comparatively preferable to others in the Arab world. In neighbouring countries like Iraq, bloody pogroms killed thousands of Jews and eradicated one of the world’s oldest Jewish populations, most notably in the Farhud of 1941. While Morocco never expelled its Jews, as the 20th century progressed, Moroccan Jews envisioned a deteriorating and hopeless future amidst observations of religiously-based hatred nearby. Their reasons for leaving their Moroccan home was largely motivated by grinding poverty, political instability, and Zionist ambition spurred by the newly established state of Israel in 1948. Coercion and violence was far less a factor in Morocco than in countries further East. The establishment of the Islamist Istiqlal party in 1943, an anti-monarchist movement, was the final straw for Morocco’s Jewish population. The destruction of Jewish culture over the preceding decades had ousted most Jews from the region, and attention soon turned to Israel. Istiqlal has and continues to frequently characterize most expressions of Jewish culture or public acknowledgments of Jewish history as “Zionist propaganda”, essentially ignoring the contributions that the Jewish population has made to Moroccan national culture and economic longevity.

Today, Morocco is the first of its kind—Muslim majority country and a key player in the Muslim world—to commemorate its vibrant Jewish history. The actions of Moroccan authorities to not only accept its Jewish past but to propel it is a testament to the emphasis placed on the nation’s religious and cultural diversity. While the nation’s Jewish population remains under 3,000, these public acknowledgments of their religious and cultural legitimacy in Moroccan public life, especially evident through the appointment of Rabbi Pinto, seek a rebirth of its Jewish demographic.  But, Morocco isn’t the only Muslim nation with a complex Jewish history. Time will tell if Morocco is a mere outlier in its inclusion of Jewish identity in the Muslim world, or simply just the first country in what may reveal to be a domino effect of religious inclusion and historical recognition.

Morocco keeping their Jewish community alive serves as an incredible step towards the inclusion of Sephardic Jews in their homelands, and it may forever change the perception of Jewish history in the Arab world.