Olympic Illusions: Where the Games Meet the City 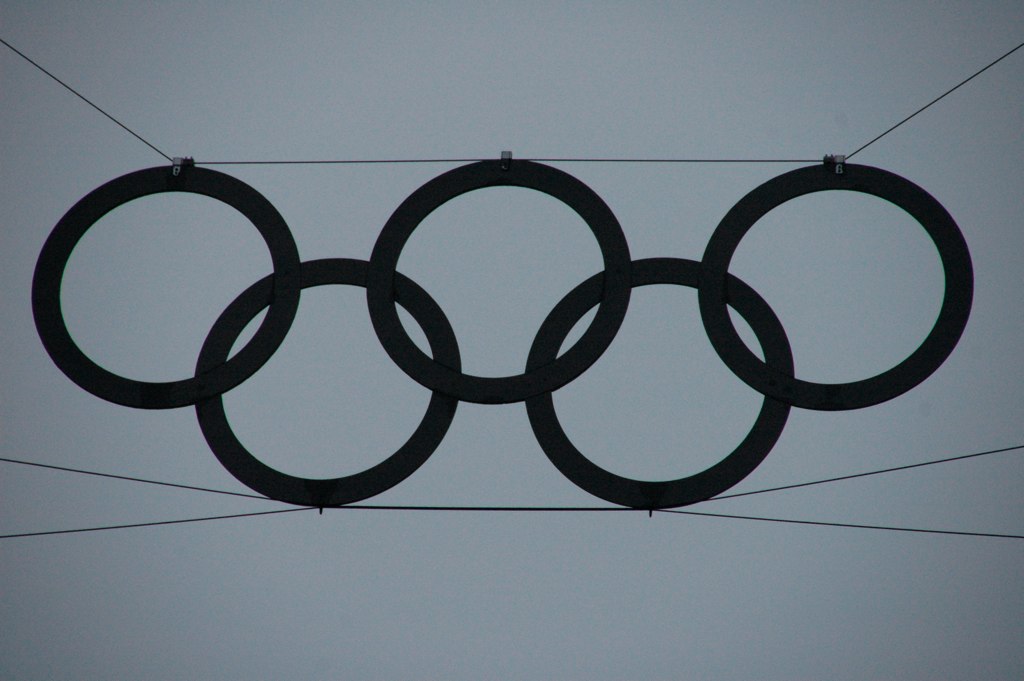 As the 2018 Winter Olympic Games came to a close in Pyeongchang, South Korea, many turned their attention to the Games on the horizon. The world’s most iconic international sporting event has been waning in popularity in recent years, with fewer and fewer cities willing to act as global hosts. When the bidding process to host the 2024 Olympic Games produced a meagre two finalists, the International Olympic Committee made the historic decision to award the 2024 Games to Paris, and the subsequent 2028 Games to the runner-up, Los Angeles, thus avoiding putting the 2028 Games to the formal bidding process.

The Olympic Games are an exciting showcase of global athletic excellence, enthralling millions of people who tune in every two years. Despite viewer excitement over the Olympics, recent disinterest of cities to host the Olympic Games comes as a disappointing wake-up call about the realities of city life. The dwindling feasibility of hosting the Olympic Games is not an isolated phenomenon. Instead, it reflects the grim realities of weakened public governance, economic inequality, urban poverty, and the undemocratic structure of global mega-events. While the television paints a romantic portrait of the Olympic spectacle, this image stands in stark contrast to the lived reality of host city residents. More than just an extravagant display of talent, the Olympics have proven to drain the public purse, further marginalize society’s most vulnerable groups, and spark concerted resistance in the cities they tear through.

The White Elephant in the Room

Olympic bidding committees are typically staffed by representatives with private business interests, many of whom stand to gain from the massive development undertakings required of host cities. It is the private economic profits of architects, urban planners, and construction companies that drive cities to make extravagant bids to host the Olympics. The upcoming 2028 Los Angeles Olympic Games are expected to significantly collaborate with private firms in an effort to keep public costs low. Nonetheless, the city is also prepared to use $250 million in public money to cover unpaid debts. As with many private-public partnerships, the private firms profit while the public foots a large share of the bill.

Even with large budgets, cities almost always overspend, further increasing the public burden of hosting the Olympics. In fact, the last Olympic Games to stay in budget was in 1960. Almost half of host cities since this time have gone more than 100% over budget, while cities like Montreal (Summer 1976), Barcelona (Summer 1992), and Lake Placid (Winter 1980) went 720%, 266%, and 324% over budget, respectively. Montreal notably payed off its $1.5 billion debt for its Olympic stadium in November of 2006 – 30 years after Canada’s first Olympic moment.

Even as Montreal waved goodbye to its Olympic debt, it continues to pay for its “Big O” stadium to the tune of $32 million per year. Furthermore, the province expects to spend $220 million on repairs to the structure over the next decade. Mega-event structures like the Big O that cost large sums of money to construct and continue their existence as underused money-holes are commonly referred to as “white elephants,” and the draining effect they have on city resources is not unique to Montreal. Many former Olympic venues end up being used for a plethora of small events and trade shows, but few have long-term tenants that use the facility on a regular basis. Many other Olympic structures remain abandoned. The Big O, in particular, used to be the home venue for the Montreal Expos, before the baseball team was relocated to Washington, D.C. Since then, Montreal’s stadium has remained a money-pit of sorts without regular and sustained usage.

Pyeongchang’s 2018 Games also caught the white elephant syndrome, with the games taking place in a stadium that was built to be demolished after the conclusion of festivities. The seeming irrationality of demolishing the $110 million Olympic Plaza exemplifies the extent to which the Olympics have proven themselves to be less of an investment for most cities, and more of a party that the public purse continues to pay for years after the last guest has left.

The Politics of Erasure

Beyond the economic cost associated with hosting the Olympics, the games also come with deep social costs. Olympic host cities have historically engaged in several practices of exclusion, erasure, and further impoverishment of the urban poor. These methods have included forced evictions, the concealment of poor neighbourhoods with physical barriers, and the disciplining and control of poverty-stricken populations, among other practices [1]. This all amounts to what geographer David Harvey calls “accumulation by dispossession,” which signifies the public’s dispossession of its land and wealth, and the accumulation of these in the hands of the wealthy. The Olympics have been a major catalyst to this public dispossession.

In preparation for the 2008 Olympic Games, Beijing accelerated the demolition of its hutongs, historic neighbourhoods on the edge of Tiananmen Square built by the Ming Dynasty in the fifteenth century. These densely-populated areas have been gradually destroyed by real-estate developers eager to replace the ancient neighbourhoods – and those living in them – with expensive apartments and office buildings. Many of those who live in old Beijing were forced to move to the city’s outskirts to make way for the urban sanitation that so often accompanies Olympic preparations. According to British sportswriter David Goldblatt, between 500,000 and 1 million people were displaced from the hutongs to pave the way for “neutral, dead spaces within [Beijing].”

During the 2016 Rio de Janeiro Olympics, many of the main roadways connecting Olympic festivities were walled off from the urban slums (favelas) that make up much of Rio’s landscape. The walls are often beautified with colourful mosaics that favela residents have called a “disguise” meant to hide the unsightly realities of urban decay from the eyes of wealthy tourists. Rio was also under scrutiny for its “shock of order” policy, which sought to ban “undesirable” activities that would hinder Rio’s attempt to clean house before the Games. This policy involved police monitoring the activities of citizens engaged in “disorderly behaviour,” which included activities like playing soccer games on the beach.

Those eager to dismiss these examples as specific to the non-Western world should look no further than the 1996 Atlanta Summer Olympics, which saw the demolition of 2,000 public housing units, the eviction of 6,000 residents and the further displacement of 30,000 Atlantans as a result of higher rents caused by Olympics-induced gentrification.  A similar trend took place in London following the 2012 Summer Olympics, as promises to convert the Olympic Park into affordable housing units were scaled back in order to make way for market housing, which many residents of the area cannot afford.

The Olympics have always been an exercise in rigorous image manipulation for host cities. The realities of urban life, no matter how rich and historical, are cleansed of all uniqueness to make way for bland facades more suited to wealthy tastes [2]. These modern urban entities cater to the needs of the wealthy at the expense of the poor and of those labeled “different,” silencing anyone with the audacity to show real, raw, urban ways of life.

The detrimental outcomes associated with the Olympics have not gone unnoticed. NOlympics LA, an advocacy group opposed to the upcoming Los Angeles 2028 Olympic Games, has demanded that the city shift its efforts from hosting the Olympics to dealing with issues of public housing, homelessness, police militarization, mass incarceration, and unaccountable local democracy.

The impetus for resistance comes from Los Angeles’ dark history with the Olympics. During LA’s 1984 Summer Olympics, poorer racialized citizens were harassed and often arrested by police in an attempt to rid LA’s streets of visible poverty and drugs before the Games. The association between poverty and crime has long been a rhetorical tool used by those in power to cleanse urban centres of those with the least in order to make those with the most more comfortable [3]. In 1984 Los Angeles, this involved the militarization of the city’s police force as they armed themselves with heavy weaponry and conducted widespread crackdowns on poverty-stricken areas. These practices continued long after the 1984 Closing Ceremonies.

NOlympics LA has brought specific attention to the fact that the US Department of Homeland Security (with which Immigration and Customs Enforcement is affiliated) will likely work with local law enforcement in some capacity. This could endanger LA’s sanctuary city status and put immigrants without official status at risk of being deported. This illustrates the shift that most host cities undertake as they prioritize the concerns of competitors, investors, and visitors over the needs of a city’s most vulnerable inhabitants. LA’s City Council recently voted to protect LA’s status as a Sanctuary City, but partnering with institutions that fuel the deportation machine goes in the opposite direction of this promise.

The advocacy of NOlympics LA and others who work with those living in poverty forms an important step in ensuring that hosting the Olympics remains as transparent, affordable, and democratic as possible. Hosting the Games must remain a project that seeks to uphold the Olympic celebration of difference and of community. It must respect what David Harvey calls “the right to the city,” which entails “a common rather than an individual right” to determining what happens to one’s community. This means prioritizing citizen management of urban life, rather than unilateral decisions made by city councils with business interests in mind. In the case of hosting a mega-event like the Olympics, it also means considering the needs of the city’s most vulnerable. Perhaps then the Olympics can become the celebration of a city for what it truly is, rather than for what it can be transformed into with enough funds and coercion.

If cities can afford to spend billions building stadiums and decorative walls, then they can afford to extend aid to their most vulnerable inhabitants. Olympic bids will continue to dwindle as cities meet resistance from citizens who do not want their lives uprooted for a two-week party. Unless the Olympic process can ensure that cities will not have to sacrifice history, culture, and people for the sake of attracting wealth and praise in the short-term, the image of the Olympics may be forever tainted.

Feature Image: Olympic Rings outside the Olympiastadion in Berlin. Photo by Will Pimblett.