On Finding Yourself through DNA Testing 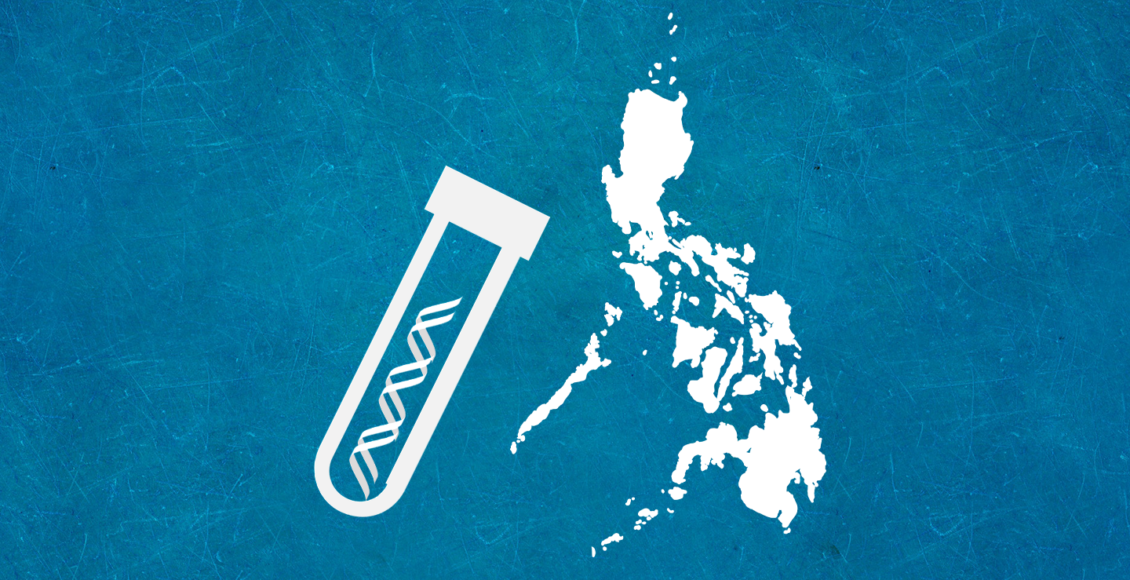 We all build an idea of what it means to be “me” through our roots.

A few days ago, Massachusetts Senator Elizabeth Warren released a video of her family history and her DNA test results following ceaseless taunting from President Donald Trump, who questioned the legitimacy of her claims to Native American heritage. Warren shared her mother’s story on the discrimination she faced as a woman of Indigenous ancestry, drawing backlash from Native American communities across the United States. The political circus surrounding this conflict has brought about debates on the role of a person’s family history and genealogy in constructing their identity. In response to this, I want to share a story on my family history and a DNA test I took recently.

I was born and raised in the Philippines by my Filipino parents. They’re both from Zamboanga City in Mindanao, the southernmost island group in the country. Growing up, my parents always honoured our heritage by celebrating our culture in numerous ways. In my household, that meant going to church every Sunday, receiving red envelopes of money during the new year, and setting up our Christmas tree in September, just to name a few.

But to say any of these customs are distinctly “Filipino” is hard to justify. Spanish colonization brought Christianity and Christmas to the Philippines, while giving red packets is a Chinese tradition. At home, my parents spoke Chavacano (a Spanish-based creole), Tagalog (a language based in the Quezon province in the Philippines), and English. Often, my parents lauded the cultural melting pot of Eastern and Western influences that make our family what it is.

Both my parents have chronicled countless stories about our ancestry. From the Regino-Macrohon Tales and Parables™, I’ve been told that my great-grandfather was a Chinese merchant who changed his name and settled in Mindanao. I’ve heard a tall tale about how my Muslim forefathers once owned a large swath of land before it was stripped from them by colonizers. And allegedly, somewhere along the way, one of my ancestors intermingled with a Spanish settler and somehow that explains our light complexion.

It’s hard to figure out which of these stories are facts and which are fiction. What I can do, however, is test to see on a broad level if I have ancestry that could logically correlate to the stories I’ve heard. With this in mind, last summer I decided to spend an unreasonable amount of money to take a 23andMe DNA test. I spit in a tube, mailed it to a lab, and waited.

Eight weeks later, I received my results via email. Scanning through the digital map, there were a few surprises that caught me off guard. The test showed that 69.9% of my DNA is Filipino & Austronesian. Of the DNA leftover, 12% is “Broadly Chinese & Southeast Asian,” 12.1% is “Indonesian, Thai, Khmer, & Myanmar,” 2.1% is Taiwanese, and 2% is “Broadly Southern European” & “Broadly European.”

To some extent, my parents’ assertions were right: I do in fact have Southern European and Chinese ancestry. Still, I wondered what these results says on what it means to be “me.” Would it be fair to say that I am Filipino, Spanish, Taiwanese, Indonesian, and Chinese?

The idea of being a mixed-race Filipino person is a nationwide fantasy; almost everyone, myself included, likes to hold onto the idea that they are Filipino and from somewhere else. For me, I latched onto this fantasy because in many ways I felt inferior. In Filipino media, models and actors are almost always light-skinned or mixed-race. In American television, dark-skinned Filipinos, in the few scenes where they are portrayed, are usually stereotyped based on their accent and their line of work. In general, the Philippines has a culture that privileges light-skinned people of colour and discriminates against their darker-skinned counterparts. I long felt that if I could latch onto more “desirable” traits from other countries I, in turn, would be more desirable as well.

However, being 2% biologically European doesn’t make me European. DNA tests like 23andMe sell a history of an individual that is largely rooted in biological differences. It propels the idea that my genes are what intrinsically makes me “me” rather than the cultural and emotional connections that I’ve created with a community or broader society. The messages in popular culture strengthen an internalized notion that Filipinos and white people are essentially different and that one group is inherently superior to one another — there is a clear preference towards accepting “white norms of beauty and normalcy” that looks down on non-white others. Gene testing subconsciously allows people to celebrate these biological differences and tells us that our “race” is everything.

My intentions for taking the test was based on a personal curiosity of my heritage. I won’t deny that it was fun to map out my genealogy, nor am I saying we should tailor the science behind DNA testing based on developments in identity politics. It’s simply unsettling that people may misuse genetics to spread flawed ideas on the importance of superficial biological variance. The idea of using my DNA to appropriate European culture and experiences makes little sense. Despite what a percentage on a test may say about me, my lived experiences are based on my Filipino upbringing. Defining yourself as a member of an ethnic group goes beyond just what’s in your genes; it’s about sharing cultural practices and holding similar beliefs. Latching on to a claim of European heritage to tackle a deep-seated inferiority complex is problematic because it marginalizes what it means to be “Filipino.”

While these ideas may affect people on a personal level, the repercussions of misunderstanding DNA and identity on a national stage is potentially even more damaging. Senator Warren’s recent usage of a DNA test to defend her claim to Cherokee ancestry highlights this. By using a test to prove a Native American heritage, she completely disregards the ways in which tribal governments define belonging within their citizenries with one that suits her personal goals. To many, she undermines tribe sovereignty and damages the validity of Indigenous identities.  As Dr. Kim TallBear, the Canada Research Chair in Indigenous Peoples, Technoscience, and Environment points out: “what they’re telling us is they are privileging non-indigenous definitions of being indigenous.”

President Trump pushing racial divisions by calling Senator Warren “Pocahontas” is an issue, but whether Senator Warren has Native American ancestry or not is irrelevant. Being part of any social group means actively participating in the culture and facing its collective problems. In the political arena, Warren has done little to cooperate with the Cherokee nation on issues important to their community. Instead, her recent actions reflect the fact that the question of her ancestry is nothing more than a political prop used by both parties. Placing her genetic information into public conversation is bizarre in itself and does her no favours in her feud with Trump.

It’s difficult to find a conclusive method of defining what it means to be “you” or to justify if you belong to a certain group or community. A DNA test can be a piece of the puzzle in mapping out your heritage, but it cannot and should not be used to defend biological differences or justify cultural appropriation.

I embrace the identity I’ve built around being Filipino, and I appreciate the shared Spanish and Chinese influences that made growing up in my household distinct and special. There is a clear difference between admiring and respecting a culture versus nit-picking at its positive traits and overlooking the negative stereotypes associated with it. Genes may tell one story, but your experiences are what makes you “you.”