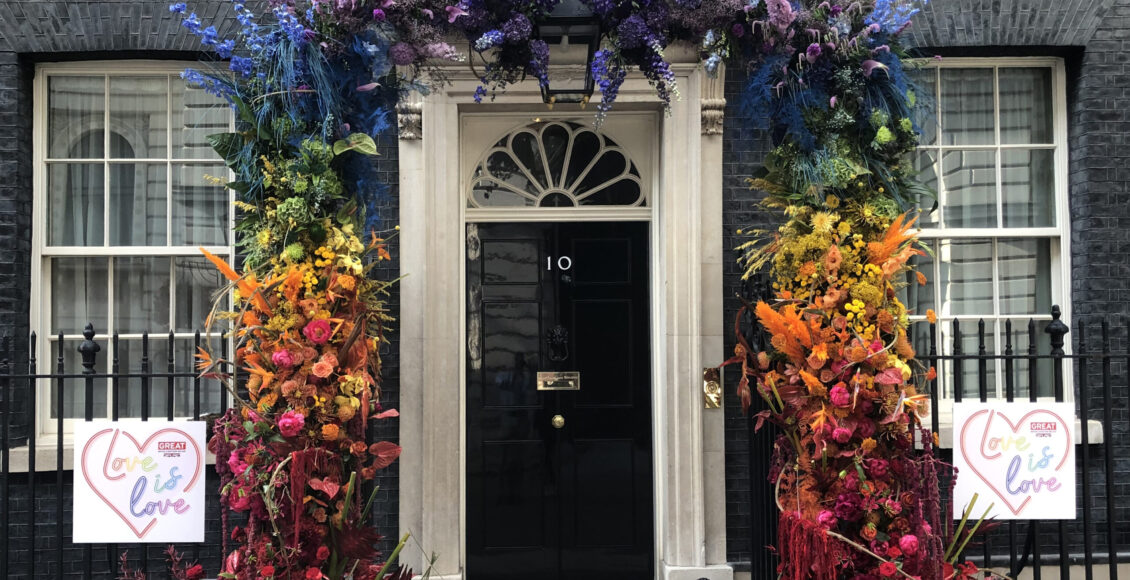 In 2019, the World Health Organization (WHO) officially declassified being transgender as a “mental health condition,” affirming that these statistics are not a result of being transgender in and of itself, but are instead the result of ongoing adversities that transgender individuals face. Given the WHO ruling, it is increasingly clear that our laws and society have failed to protect vulnerable transgender individuals. Even in countries that are considered more liberal or “open,” laws surrounding the transgender community are largely inadequate and medically outdated — especially when it comes to gender recognition. These laws, if changed, could lessen the social stigma and distress experienced by individuals whose gender identities differ from that which was assigned at birth.

In the United Kingdom, only 4,910 people managed to legally change their gender since the introduction of the first Gender Recognition Act (GRA) in 2004 — far less than the actual British transgender population. According to the Government Equalities Office, “only 12% [of the approximately 500 000 transgender individuals in the UK] who had started or completed their transition had successfully obtained one.”

These discrepancies have instigated a push to reform the current GRA in the UK, which according to Theresa May in 2017, meant “streamlining and demedicalizing the [transition] process” following the realization that it is not a “mental health condition.” Further reforms would effectively allow the legal gender self-determination of transgender individuals, without affecting the steps that trans individuals must take for their medical transitions — a common misconception. However, given the necessity of the GRA’s reform for transgender individuals, why was it recently abandoned by current Conservative Prime Minister Boris Johnson and Minister for Women and Equality Liz Truss?

The original 2004 GRA was considered revolutionary for its time, catapulting the UK to the forefront of the global LGBT rights movement. Yet, over the past three years, the UK fell from 3rd to 9th place in European rankings for LGBT equality. Because other countries such as Ireland and Denmark have already gone forth with such reforms, any move to scrap the GRA reform “would no doubt see the UK plummet even further,” according to Amnesty UK. Surprisingly, Conservative Prime Minister Theresa May announced her long-awaited plans to overhaul the current “bureaucratic and intrusive” process in 2018, which launched a 16-week consultation into the reform.

The reevaluation of the 2004 GRA would focus on key aspects, notably the conditions that individuals must live in their “adopted” gender for at least two years without legal representation, obtain the consent of a spouse if married, and pay £140 to initiate the intrusive legal process. Proponents of reform also point to its unnecessary bureaucracy; when legally seeking a transition, transgender individuals are at the mercy of an anonymous panel of legal and medical “experts“ who must judge whether they meet the criteria of an “adopted” gender. This process therefore establishes an arbitrary and impersonal protocol for a deeply individual experience.

Furthermore, transgender individuals must also obtain a medical diagnosis of “gender dysphoria,” defined as an experience of distress caused by a mismatch between biological sex and gender identity, from a psychiatrist. Now that organizations like the WHO recognize that this is not a mental illness, requiring a medical diagnosis only reinforces the worrisome perception that being transgender is a medical disorder.

In addition, there are currently only eight gender identity clinics across England and Wales, meaning that people can wait years for a first appointment. Lasting over five years, on average, the current legal gender reassignment process is long, overly-intrusive, and degrading — illustrating why so few have successfully managed to legally transition since 2004. These legal inadequacies contribute to the disproportionate mental and physical vulnerability of the transgender community.

GRA reform: moving towards a model of gender ‘self-determination’?

After much delay, Ireland first passed its Gender Recognition Bill in 2015, with the contents encompassing much of what transgender activists in the UK have fought to include in their reform of the GRA. Changing one’s gender identity in Ireland is now possible through self-determination over the age of 18, or in some cases, age 16, making Ireland one of only four legal jurisdictions in the world where self-determination is possible. This eliminated the need for any medical assessment, though still requiring a statutory declaration witnessed by a lawyer, thereby discrediting the gross misconception that someone could decide to identify as either gender on a whim or to invade “single-sex” spaces. Since 2015, hundreds of transgender individuals have obtained legal recognition in Ireland, with “no evidence of the system being abused,” according to Sara Phillips of the Transgender Equality Network Ireland.

In other countries adopting various forms of self-determination, lesser steps to “prove” one’s acquired gender remain, but they are significantly less medicalized, intrusive, and lengthy. In Denmark, for instance, there is a six-month pause before completing a legal gender change, ensuring some form of compliance and consistency, but avoiding the long and arbitrary period of two years that one must endure in the UK (even before applying for a legal change of gender). Nonetheless, many transgender activists believe there is still room for improvement beyond self-determination, such as specific recognition of non-binary people under the GRA.

“Trans-Exclusionary Radical Feminists” (TERFs) who oppose the principle of gender self-determination for transgender women have been especially influential in blocking GRA reform. These “feminists” frame self-determination for transgender women as contradicting the rights of “biological” or cisgender women, fearing that the principle could enable predators to invade women-only spaces such as public bathrooms and sexual assault “crisis centres.”

The main issue that TERFs encounter is a lack of substantive proof justifying the claim that self-determination directly endangers single-sex spaces. A rigorous 2018 study on the supposed correlation between trans-inclusive policy and bathroom safety conducted by the UCLA School of Law found no link between them. Any such incidents are said to be “rare and unrelated to the [trans-inclusive] laws,” said lead author Amira Hasenbush. If anything, transgender individuals are most at risk due to bathroom laws and are often exposed to harassment and physical assault. Therefore, implementing more trans-inclusive laws such as self-determination would “provide necessary protections for transgender people and maintain safety and privacy for everyone.”

TERFs also ignore the fact that under the 2010 Equality Act, transgender people must already be treated according to the sex or gender they identify as, regardless of what was assigned at birth. It is also explicitly noted in the consultation to reform the current GRA Act that “there will be no change to the provision of women-only spaces and services […] this has been the law since 2010 and will not change.” However, service providers still retain the ability to exclude access when this would make them unable to provide service to other users, but only where “the action taken is a proportionate means of achieving a legitimate aim.” For instance, domestic violence refuges may provide a separate service to a transgender woman, but only if it is a proven detriment to other users, meaning this must be done on a case-by-case basis instead of a blanket ban on transgender individuals.

Paving the way for a reformed GRA

Blocking reform to the GRA serves only to harm transgender individuals further and will have no impact on the protection of single-sex spaces under the 2010 Equality Act. Arbitrary cases that TERFs may point to as evidence of trans-inclusive laws harming “cisgender” women do not prove any broader statistical correlation between the two and directly perpetuate transphobia. Additionally, countries that have implemented “self-determination” laws with no such incidents, such as Ireland, have shown that the protection of “women’s spaces” and trans-inclusive laws are not mutually exclusive. It is essential to identify solutions to end violence against women who do not consider cisgender and transgender women’s rights mutually exclusive.

Considering this, the current legal identification process for transgender people is long overdue for reform. The mental and physical violence that the transgender community suffers from underlines the inadequacy of the current process, especially when countries like Ireland and Denmark have followed through with reforms without issue. The current Tory government has the opportunity to address the legal inadequacies endangering transgender lives — to avoid changes to the GRA is to justify the factually incorrect rhetoric of TERFs and to surrender to transphobia.