“On the Verge of Freedom of Expression and National Security” 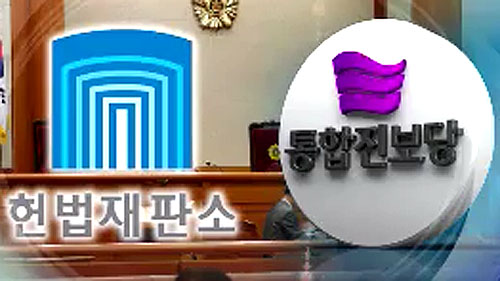 A former lawmaker of the United Progressive Party (UPP) Lee Seok Ki’s sabotage plan against the government in the event of war with North Korea initiated the trial on disbanding the UPP. On December 19th 2014, the Constitutional Court of South Korea adjudicated to dissolve the UPP. Eight of nine judges agreed that the party violated ‘the basic democratic order.’ In effect, the court also stripped its elected members in the National Assembly.[1]Polls suggested that around 60% of the people supported this decision.[2]

Despite this overwhelming consent, the ruling remains controversial because it can be argued that “the judicial power to declare a party unconstitutional represents an abrogation of democracy”.[3] The UPP leader even proclaimed that the ruling restricted the freedom of speech and assembly.

This essay offers a holistic judicial reasoning of the decision to analyze the major controversial parts of the judgment. Through careful introspection on Korean political situation, it bolsters the court’s decision despite its shortcomings in some aspects such as inevitable damage to the freedom of speech.

Judicial Reasoning of the Court

In order to disband a party, six or more judges in the Constitutional Court must agree that the party undermines ‘the basic democratic order’. Mere conflicts or violations of the order do not constitute an unconstitutional act. Rather, only when there is a ‘clear and present threat’ to the order, can the court declare a party unconstitutional.[4] In this case, eight of nine judges agreed that the UPP’s basic principles are unconstitutional in that the UPP leadership supported as the main political belief marxism and purported to overthrow the South Korean government with violence. The court reasoned that although the basic written principles themselves did not pose a direct threat, the vast amount of evidence was conclusive enough to prove that the party was a threat to the government and the democratic order. Lastly, the court believed that dissolving the party was the only solution and that the decision did not conflict with the principle of proportionality.[5]

On the other hand, one judge contended that legal requirements to adjudicate the dissolution of a party must be strictly interpreted. Thus, he contested that dissolving the whole party that consists of 30,000 members,solely because the party leadership practices unconstitutional activities, is a fallacy of hasty generalization. He also believed that reverting the party leaders’ fault to the whole organization is erroneous. Finally, he asserted that the ruling is disproportionate and that the freedom of speech must be upheld.[6]

The ruling harmed the freedom of speech.

This is really a question of whether to apply pluralistic democracy or defensive democracy. From a pluralist democratic point of view, this decision definitely stifled freedom of expression because written principles and objectives seem constitutional within the world of pluralism. However, in a security-unstable country like Korea, allowing North Korean communism in politics is a kind of utopian vision. The law on the dissolution of a political party has implemented in the court’s jurisdiction to protect the democratic order by excluding nondemocratic principles. Considering that Korea still faces an on-going war with North Korea, the ruling was an unavoidable decision since it would have caused more turbulences in politics and society if the court allows the UPP.[7] Organizing a terror plan in the event of war with North Korea and many other suspicious treacherous activities, it was self-evident that the party was a left-wing extremist that was incompatible with the constitution.

Elected members should not be abdicated from their positions in the National Assembly.

Similarly in Germany, the Constitutional Court dissolved the SRP (Nazism) and the KPD (communism) to protect the ‘liberal democratic order’. It held that when a political party’s ideas are prerequisites for the participation in the group, mere dissolution of the party’s apparatus cannot truly implement the court’s judgment. Therefore, the court firmly abdicated the SPR delegates’ seats. The apparatus of a political party is meant to further the ideas. In the Korean case, the intent of the court was “to exclude ideas themselves from the process of the formation of the political will.”[8] Thus, to eliminate danger and to bring about the effects of the ruling, stripping the members’ seats and seizing the party’s assets from government subsidies were a must.

To allow the country’s highest constitutional court to declare certain ideas unconstitutional and to outlaw related political parties may seem harsh if not drastic. The decision may be concerning that it could lead to continuous influence of judicial power on political process. However, just as the court suggests, the dissolution of a political party should remain as a last resort. To avoid abusive judicial power, the judicial institutions must recall that “even if a political activity is considered incompatible with state principles, this does not mean it infringes democratic rules and that, in a democracy, even activities challenging the way a state is currently organized should be tolerated, provided they do not seek to harm democracy itself”.[9] Fortunately, the court only limited the UPP. The reason for doing so was not due to the fact that the UPP was one of the most vocal critics of the government but because the party leadership was constantly suspicious of treacherous acts. Even during the trial, although the UPP’s fate was at its stake, but the party leader had not made active and clear counterclaims on its suspicion of alignment with North Korea.[10]

The UPP was a political failure. Whether or not the ruling was a politically and legally right one, polls demonstrated that more than 60% supported the decision and therefore showed that many people actually welcomed this ruling. We can concluded that the UPP failed to convince people that they were a safe political party.

The process is more important than the outcome in social science. South Korea needs more process such as reunification to implement a complete freedom of expression. Close as an inch of war, the state of South Korea’s current national security is constantly being questioned. Implementation of a sound idea can become useless when a society does not realize its significance. The ruling showed that what was more significant was national security. Blaming the court for harming the freedom of expression is also logically fallacious. South Korea must move forward to achieve complete the freedom of expression, and one hopes that the ruling is reversed in the Constitution of Unified Korea.

[4] Jurisdiction: Adjudication on Dissolution of a Political Party. (n.d.). Retrieved January 28, 2015, from http://english.ccourt.go.kr/cckhome/eng/jurisdiction/jurisdiction/adjuOnDissOfPoliticalParty.do

JunYoung is a U3 student at McGill University, majoring in Economics, and minoring in Law and Math. His writing interests include Korean politics (or East Asian politics) as well as economic law & policy such as the cartel leniency policy.