One Way Ticket to Beijing: Taiwan in a Globalized-China World 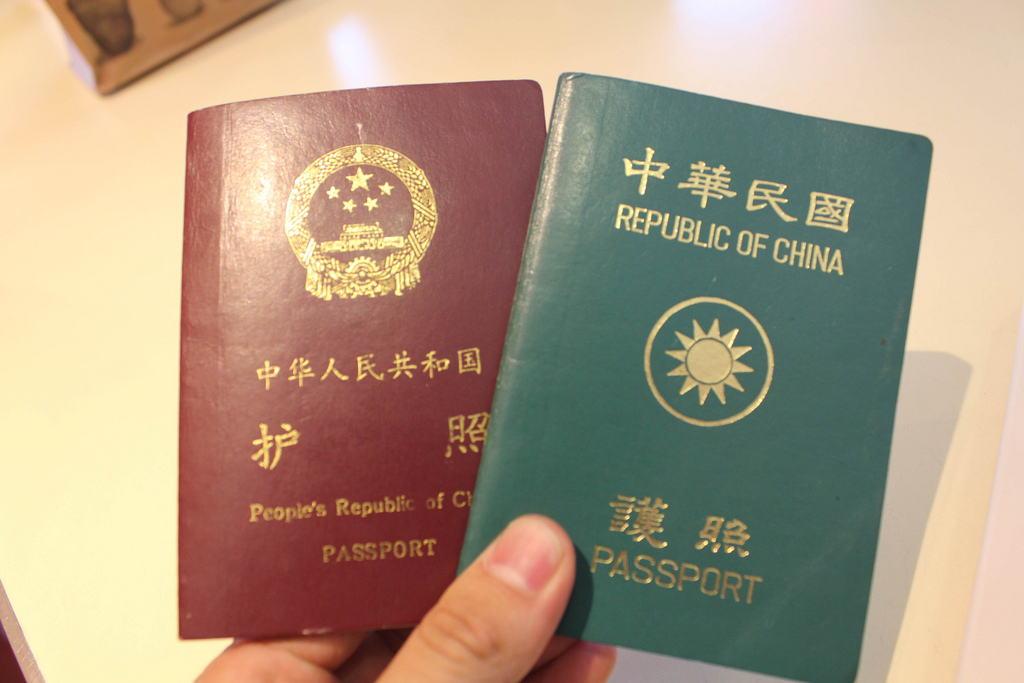 A China Southern plane touched down at the airport in Nanjing, China on Tuesday, September 20; on board were 63 alleged members of a Cambodia-based telecom fraud ring. All 63 blind-folded individuals were bound for Beijing to face trial for scamming Chinese citizens. However, only 50 held passports from the People’s Republic of China, while the remaining 13 were Taiwanese nationals.

The ring was busted on August 30 in Phnom Penh and in the weeks that followed the Taiwanese Foreign Ministry and their closest representative, Liang Kuang-Chung, a diplomat posted in Vietnam, issued a storm of diplomatic protests. The Foreign Ministry argued that the 13 Taiwanese nationals should be returned to Taiwan rather than mainland China to face charges.

This scenario is a replication of the situation this past June in which 21 detained Taiwanese nationals were sent to Beijing against the protests of both the government in Taipei and the Human Rights Watch. Taiwanese Foreign Ministry officials assert that their state representatives’ attempts to visit the detained were refused or ignored while the Cambodian officials maintained ignorance of such a situation. At that time Cambodia’s Chief of Investigations in the immigration department responded to questioning of the deportation policy by stating, “We will deport them to China under the One-China Policy…..they have all confessed to committing the crime.”

A refresher of the Taiwan-China issue: since the end of the Chinese Civil War in 1950, there has existed a dispute over the legitimacy of both the People’s Republic of China (PRC) and the Republic of China (ROC or Taiwan). For many years the Western diplomatic community, including the United Nations, had recognized the Republic of China in Taiwan as the Chinese government. In 1979, the United States officially recognized the PRC leading to full recognition from most quarters. China does not recognize Taiwan as an independent entity and maintains that it is in fact a province in China, destined to be fully integrated. China and Taiwan have managed to conduct largely peaceful relations based on a constructively ambiguous agreement known as the 1992 Consensus. In this agreement, both Taiwan and China agree to recognize the existence of one China, but critically do not state if the said government is based in Beijing or Taipei.

Cambodia does not recognize Taiwan as a sovereign state, nor do they maintain any form of direct diplomatic relations with Taiwan. The Cambodian government is a staunch supporter of Beijing’s interpretation of the “One China Policy”. They legitimize their deportation of the Taiwanese nationals to China based on this and the fact that the scam targeted Chinese mainlanders.

Many states across the world have no formal ties to Taiwan, and in the past year there have been multiple instances of Taiwanese passport-holders being deported to Beijing to face trial for fraud allegedly committed abroad. Notably, Kenya has pursued such a policy twice in the past six months. Armenia has done so as well after the arrest in August by ultimately deporting 78 Taiwanese nationals to China in early September.

Dispute over the Kenya cases is especially divisive as Kenyan courts had initially in April acquitted the alleged ring members and ordered their return to Taiwan. It was only later, after dragging the self-barricaded Taiwanese out of the Kenyan cells, that the Kenyan government forcibly deported them to China, where they are likely to face a second trial for the same crime. As guards broke into the cells of the imprisoned, one yelled loudly, “Sir! We are Taiwan people, Taiwan people!” Kenyan officials assert that based on law the detained were required to be returned to the airport(s) they flew from as they were not in the country legally, and all had flown from China. However, it is worth noting there is no direct flight from Taiwan to Kenya.

In June, when the second alleged telecom-fraud ring was arrested in Nairobi, John Chen, the Taiwanese liaison officer in South Africa, referenced the April incident saying, “We regard this as an extra-legal deportation to China….We recall that in April, despite a Kenyan court order requesting the police to return the Taiwanese nationals to their country….two groups of Taiwanese were forcibly deported from Kenya to China on April 8.”

These incidents have been protested by the Human Rights Watch and Amnesty International, who are concerned that those deported to China will not face a fair and open trial. Human Rights Watch’s Asia Deputy Phil Robertson stated in reference to the April arrest, “This group should be allowed to appeal their deportation in a full and fair hearing in a court of law rather than be hustled onto a plane and sent to an uncertain fate back in China.” Amnesty International’s East Africa spokesman said in August, “If deported to China, they could face serious violations of their fair trial rights. There is no doubt Kenya cherishes its relationship with China, but by no means should it sacrifice these individuals’ rights for political expediency, the due process of the law must be respected.”

Kenya is one country with whom China is increasingly close. China’s presence abroad has grown greatly over the past years in sectors that handle foreign aid, military partnerships and the U.N Peacekeeping Force. A 2011 report on Chinese foreign aid concludes that approximately 46% of the aid has gone to Africa and 33% to Asian states. And in the Chinese, 2014 White Paper –– a Chinese government publication which details government views, achievements and goals — the Chinese government has emphasized their contributions to areas of agriculture, education and medical aid in developing areas. Chinese aid, named the South-South model, is its own topic of controversy. When giving foreign aid, the Chinese government and banks attach none of the strings found in IMF deals concerning the way the money is to be used, human rights issues that must be addressed by the recipient country or to whom the money can go.

The current, massive infrastructure project in Kenya to develop an East African railroad demonstrates the good that these Chinese loans, deals, and aid can do. However, from 2000 to 2012, the leaders of African states used the majority of the total $80 billion USD that China gave towards aiding their own ethnic groups or regions they come from in a form of patronage politics. In an article written by Dr. Kishi she links increased levels of violence, including state violence, in African nations to Chinese aid.

While the lack of official strings allows for irresponsible and harmful methods of spending aid money, it also undoubtedly places certain political pressure on the recipient countries. Relevant to the deportation incidents is the understood agreement that support and recognition of Taiwan will mean no aid from China. Between 2000 and 2013, China gave aid in some degree to all African states with three exceptions: Gambia, Burkino Faso and Swaziland. One aspect that separated these three states from the other African countries was that all three recognized Taiwan. In 2013, Gambia, suffering severely economically requested an aid package of 10 million from Taiwan. However, Taiwan felt forced to refuse as the plan did not meet their standards of organization, preparation and purpose. Later that year, Gambia cut all ties with Taiwan and within two years reestablished full relations with China.

All three states mentioned in this article who have recently deported Taiwanese passport holders to China have received large amounts of aid from China. 70% of Cambodia’s foreign aid comes from China, while China funds many projects in Kenya, and levels of aid to Armenia are also increasingly high; their trade has increased ten-fold and includes the sale of military armaments to the Armenian government.  The South-South model of non-interference seems to in fact dangle from at least one significant string; the Taiwan question.  The issue becomes how will Chinese-aid-recipient-states respond to potential future instances of Taiwanese alleged wrongdoing abroad, or to go further, how will Chinese-perceptions of the wrongdoing of Taiwanese abroad be received by these developing states?