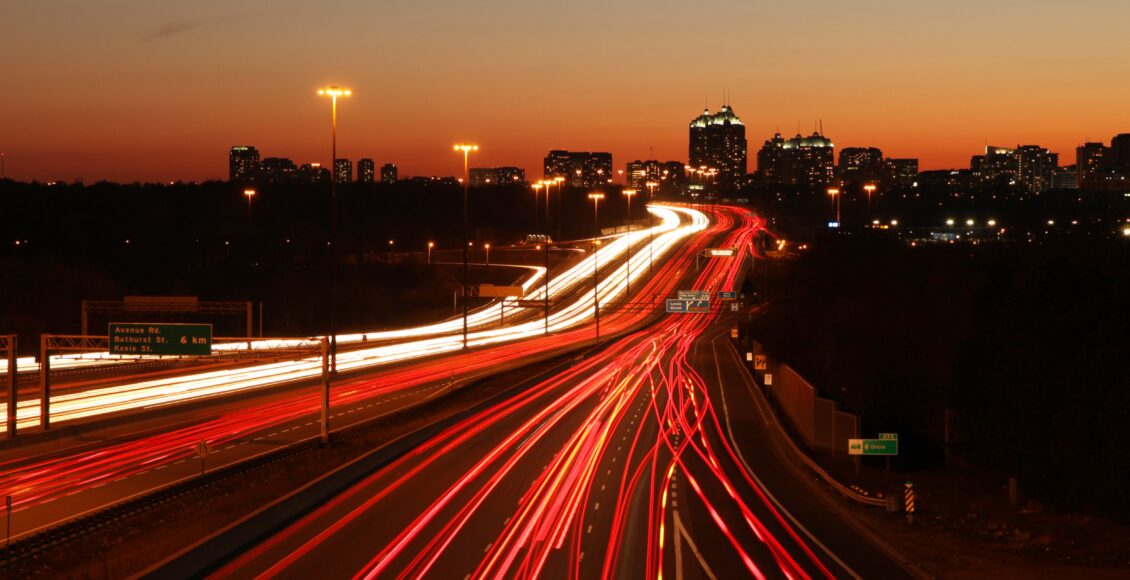 In August 2020, Ontario’s Progressive Conservative (PC) government confirmed their preferred route for a new 59-kilometre highway on the outer fringes of the Greater Toronto Area (GTA) in the hopes of reducing commute times and promoting economic vitality. The GTA, like many of its rapidly growing North American peers, faces challenging tradeoffs between development, rising populations, and environmental protection. Numerous American cities, from Los Angeles to Tampa Bay, have also pursued highway expansion as a remedy to growth and snarling traffic congestion. Yet, these billion-dollar investments neglect the lessons learned from North America’s 20th century highway binge: expanding highway capacity to reduce congestion inevitably fails, because it encourages unsustainable urban design while incentivizing highway driving at the expense of other transportation options. Building a brand new highway through protected farmlands, as is the case in Ontario, is an economic and environmental tragedy. Instead of revisiting failed ideas to accommodate growth, North America’s policymakers ought to reimagine urban design and build the foundations for more liveable, walkable, sustainable communities for the future.

The problem to be solved

Proponents of Highway 413 point to the GTA’s choking congestion as the reason for building new highway infrastructure. Stressful commutes are harmful to our quality of life, idling cars contribute to CO2 emissions, while lost productivity from congestion costs the GTA over $6 billion in economic activity every year. The region’s population is expected to surpass eight million by the end of the decade, and the rise in e-commerce and delivery services will likely further contribute to an uptick in demands for road infrastructure. The proposed solution, a brand new highway on the urban fringe, is seen by its proponents as a relief valve on this pressure, facilitating faster journeys and getting the region moving again. The problem? Highway expansion doesn’t fix commute times — it exacerbates them.

The problem with highway expansion is that more lanes do not mean less congestion. Although initially there may be some benefits to drivers, the increased capacity incentivizes automobile travel relative to other means of transportation, resulting in commuters forgoing public transit or slower local roads to take the highway instead. Over time, this “induced latent demand” eliminates the time savings from expensive highway expansion. New highways are also susceptible to “induced generated demand,” encouraging residential and industrial development along their routes. These two forces together, referred to generally as induced demand, have been demonstrated throughout North America, notably in Houston; and though each region has its own idiosyncratic characteristics, the benefits of expanded highway capacity on average dissipate in less than a decade. Evening travel times on Houston’s Katy Freeway actually increased by up to 55 per cent after its most recent highway expansion.

The induced generated demand resulting from low-density development cropping up along the highway poses additional sets of problems. Not only will new residents use the highway as their primary means of transportation, further clogging up any benefits of reduced congestion, but the developments that arise are often homogeneously residential neighbourhoods that reproduce car-dependency and often lack the density to sufficiently provide a sustainable tax-base for municipalities. It is not surprising that the CO2 emissions per capita in the GTA range from 13.02 tonnes in suburban Whitby to a mere 1.32 tonnes in East York, a dense and walkable borough of Toronto.

Induced demand is often misunderstood by highway proponents. If new infrastructure is filled up, why bother building it in the first place? Why build hospitals if they’ll soon be at capacity with patients? This thinking neglects that when we are building additional capacity for a good or service, we are incentivizing its use relative to its alternatives. Building a new hospital wing to reduce wait times means time-sensitive patients might be able to access care more efficiently than they would have before. A new subway line to relieve transit congestion will encourage commuters to ditch their cars for public transit. Healthcare and public transit have many societal benefits, precisely the behaviour policymakers would like to encourage. Highways, however, induce longer and more frequent automobile journeys at the expense of public transit or more local commuting patterns, resulting in higher regional carbon emissions while eventually returning to similar levels of congestion.

Highway 413 is no exception to the consequences of induced demand. In fact, Ontario’s own expert panel evaluating the project found that it would only shave 30 seconds off commute times. Not only would it provide no benefit for commuters, but the highway’s route also runs through 2,000 acres of protected farmland, known as the Greenbelt; and would cost a minimum of $6 billion to construct. In fact, the previous Liberal government shelved the project in 2018 on the advice of the panel, only for the highway to be resurrected by the current administration.

It doesn’t have to be this way

Population and economic growth need not go hand in hand with highway expansion. It is time that the GTA, and indeed all of North America, wake up to the reality that the continent’s model for urban design is flawed. Even today, Toronto’s Highway 401 holds the embarrassing title of being one of the widest in the world, at 22 lanes across its widest point. Yet, other urban regions around the world with millions more residents don’t seem to have this same highway addiction. London’s orbital M-25 is only 12 lanes at its widest and the highways in Tokyo, with a population three times that of Toronto, only stretch to six lanes at their widest points. More people need not mean more highway lanes. North America’s urban form is the product of this flawed assumption, which has deeply influenced commuter behaviour and urban environmental impact. Throughout the world, evidence suggests that highway capacity will be met. If you add capacity, drivers will come. If you take it away, commuters will switch to walking, public transit, or avoid the trip entirely. Despite fears of traffic chaos, Seoul famously tore down its primary highway with no negative impact on congestion, while also serving to beautify their central business district. This consumer sensitivity to convenience is a powerful economic force that strongly influences commuting patterns.

Fortunately, North America’s policymakers are not confined to highway expansion as the only solution to urban growth. While expensive public transit projects are a necessary part of reducing auto-dependency, embracing the 15-minute city would also be greatly beneficial for commuting patterns. By decentralizing office, commercial, and institutional spaces throughout the urban landscape while encouraging mixed-use development, regional planners can incentivize shorter journeys that can be done by walking, biking, or local transportation. Instead of driving long distances to a grocery store and joining the thousands of cars choking the streets, urban residents should be able to access their basic necessities within their own neighbourhoods. Expanding North America’s behemoth highways is not the answer to congestion and gridlock. Rather, reimagining the urban fabric as mixed-use communities that prioritize public transportation and local travel is the best way to promote sustainable economic and demographic growth.

Feature Image: “Highway 401 and Don Mills at sunset” by nayukim is licensed under CC BY 2.0