Open Letter to Prime Minister Trudeau: A Promise is a Promise 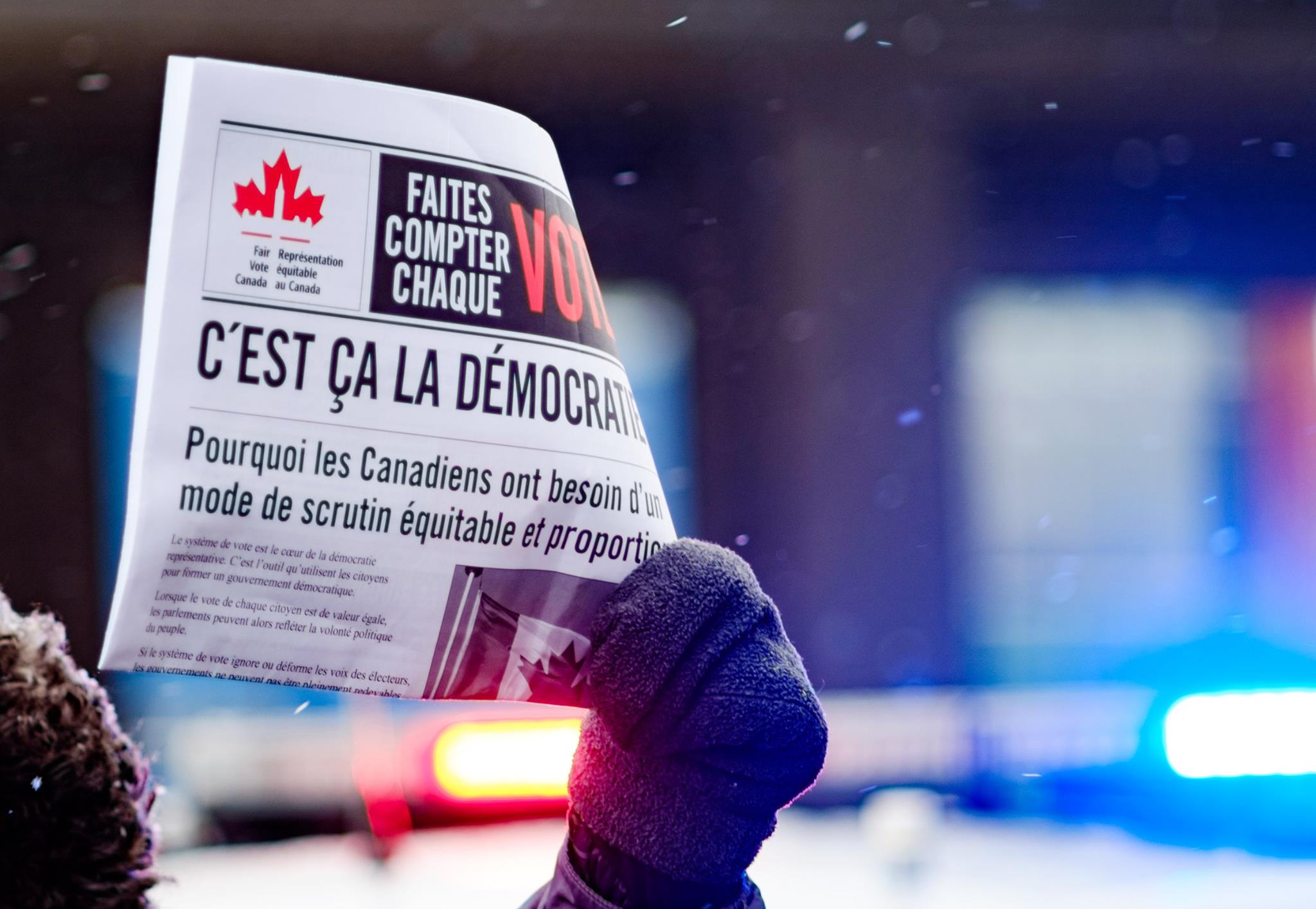 In 2015, you ran on a campaign promising Canadians real change. That election, your respect for the environment, your humanism towards refugees and your enthusiastic vow to enact electoral reform made you a leader young Canadians could rally behind. In fact, in 2015, an unprecedented number of youth turned out to vote. This was both a testament to the hope you elicited in the Canadian youth and to their disenchantment with your predecessor.

Mr. Prime Minister, you promised Canadians electoral reform on the campaign trail and during the debates. In your throne speech, you even swore that 2015 would be the last federal election under Canada’s first-past-the-post system. Yet, on February 1st, you broke that promise. Worse yet, you eroded much of the trust young Canadians vested in you.

Mr. Prime Minister, I lack the stature, the clout, and the flair to harangue a leader like yourself for shortcomings. Yet, it is paramount that I remind you why roughly half of young Canadians voted for you in the first place: they saw the figure of a man of principle in you. We saw someone to whom we could relate. We saw a leader capable of transcending opportunism, willing to eschew political self-interest and determined to follow through on his pledges. We envisioned a Canada led by the quintessential virtuous citizen. We didn’t demand perfection, but we did expect honesty. On that last count, we were let down.

Since your swearing in, an inter-partisan committee on electoral reform has heard from Canadians across every province, and a strong consensus has emerged: 62% of Canadians want electoral reform and over 85% of experts oppose the current first-past-the-post system. To further the point, the vast majority of Canadians who participated in the government’s My Democracy Survey stated that political parties should govern together. Mr. Prime Minister, as you indubitably know, Canadians have expressed a strong desire for a system of proportional representation. Let me be clear: I don’t wish to persuade you to reconsider your stance on electoral reform on the basis of public opinion. Nor do I believe you would be moved by any argument predicated on the premise of political strategy. Rather, I wish to convince you of the principled merits of electoral reform, and more specifically, proportional representation.

Mr. Prime Minister, as you know, the Liberal Party of Canada (LPC) garnered 39% of the popular vote, yet enjoys 55% of the seats in the House of Commons, as well as 100% of the power to implement its policy agenda unobstructed by legislative checks and balances. It’s for this precise reason that proportional representation would not suit your immediate political interests. Yet, this should not stop you from moving forward on your promise. Allow me to elaborate.

The federal government prides itself in stating that it represents all Canadians, and rightly so. However, despite its commanding electoral victory, that a party representing less than half of voters, Mr. Prime Minister, could govern without the need for inter-party cooperation is tantamount to minority rule.

I stand convinced that any legislation directly related to the democratic process should be in the interest of improving the inclusivity and the vibrancy of Canadian democracy. That over 70% of voters in a given constituency could end up with a candidate they did not elect is alienating and not conducive to burgeoning citizen participation. If I may provide you with some anecdotal evidence, Mr. Prime Minister, I’ve encountered a number of young Canadians in my very own Vaudreuil-Soulange constituency who wanted to vote for the Green Party in 2015, yet stayed home due to their certainty that casting a ballot would not matter. In our current electoral system, the reality is that the imperative of strategic voting is disenchanting for those who feel that they are not voting authentically and that their ballot is inconsequential. Such despondency is unbecoming of any truly vigorous democratic society and may well partly have contributed to the general trend of declining youth electoral turnout over the past decade.

Mr. Prime Minister, I certainly don’t have the audacity to claim that proportional representation will remediate all ills in the Canadian democratic process. Yet, by allowing the number of seats in the House of Commons to reflect the popular vote and by establishing the practice of coalition-building, more Canadians will have their voices heard, polarisation can start being addressed by inter-partisan compromise and more robust legislation capable of withstanding the test of electoral turnover can ensue.

In times of uncertainty like today, a democratic polity where all Canadians are represented is needed to overcome the political alienation manifested beyond our frontiers, but above all, as an end in itself. Mr. Prime Minister, it’s time to sign off on first-past-the-post to attain a form of government that can “speak in the name of the nation,” as the honourable Pierre E. Trudeau once said. There is no right time for idealism. Canadian youths do not need a Liberal government, nor a Conservative government, not even a New-Democratic government; we need a Canadian government that stands for inclusive democracy.

Canada needs a leader of principle. I realise that, despite my blatant humanism, politics is often more akin to a game of pragmatism than it is a commitment to idealism, but the two aren’t irreconcilable. Mr. Prime Minister, it’s not too late for you to be that leader.