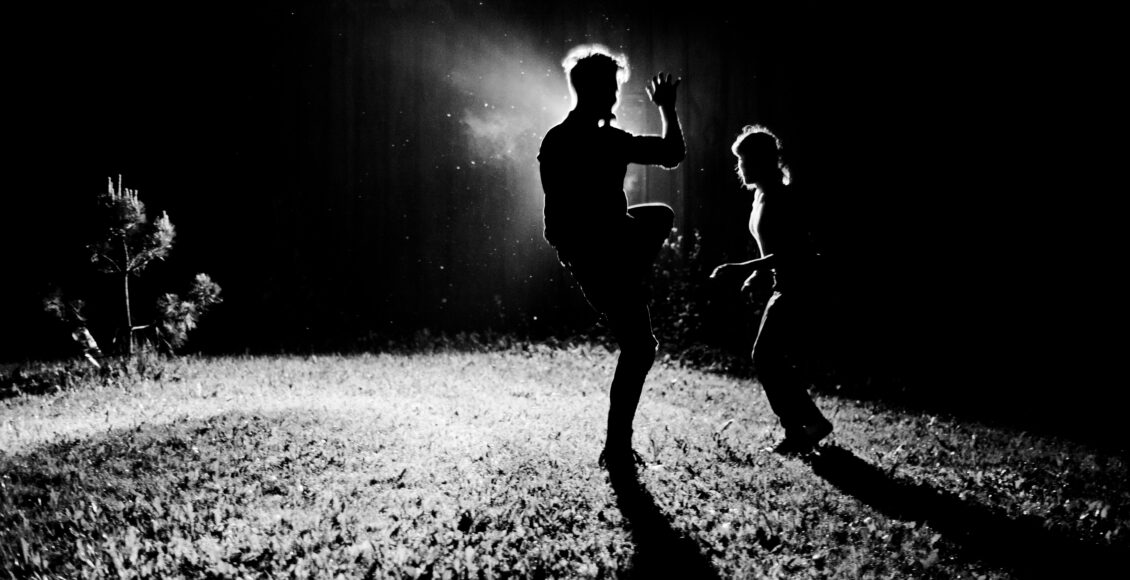 On November 10, 2020, select students living in McGill University residences organized and ran a “Fight Night.” Quickly publicized to the McGill Residence community, the night exposed a nascent fight club born out of Royal Victoria College (RVC) residence, and further implicated students from New Residence, Solin Hall, and La Citadelle residences. The event allegedly drew approximately 50 to 200 spectators to watch a handful of physical fights at the foot of Montreal’s Mount Royal. The Fight Club’s discovery also shed light on an alleged illegal “casino” on the 11th floor of RVC that had been operating for weeks and organized a betting system for the Fight Night.

News of the Fight Night exploded the next day. Reports suggest that involved students have been expelled, while the fight club and its now-iconic publicity poster were subject to endless mockery from McGill social media communities, as well as the local press.

While the situation is genuinely hilarious, the flagrant violation of Quebec law by first-year students is indicative of the detrimental effects that mandated quarantine has had on students’ mental health. First-year students, cooped up in residence halls, are evidently the most desperate for alternative social interaction beyond Zoom classes. While their disregard for the COVID-19 pandemic is deeply troubling, one cannot help but marvel at their self-driven initiative to foster community amongst their entering class. Perhaps if all participants and spectators had worn masks and respected social distancing guidelines, the beauty of the imprisoned residence’s vibrant community life would be something worth appreciating. The McGill Residence Fight Club is a prime example of the consequences of social deprivation for young adults during the pandemic, and the subsequent ingenuity borne out of their desperation.

The pandemic has been tough on students, something universities and government officials alike have been eager to acknowledge. However, if the McGill Fight Club is anything to go by, not enough has been done to mitigate the harmful effects of social isolation on young people. One can hardly be surprised that students carefully coordinated and prepared for a Fight Night — after all, it could have been worse — due to the apparent lack of socialization they experience in residence and in their daily lives. A combination of a heavy academic workload and loss of tangible social interaction apparently pushed some students to resort to violence, but it more so pushed them to formulate creative ways to socialize.

A keystone of a student’s first year of university is the connections they will make. Every year prior to this one, students have found countless friends through Fall semester social activities; this expectation for community-building lends considerable esteem to orientation activities such as Frosh. For the rest of the year, these students are able to rely on each other for support while facing the common struggle of attempting to live on their own and succeed in their coursework at the same time. The connections made in first year inform future roommate and course selection decisions, and inspire stories years later of freshman shenanigans. The — worldwide — 2020 Entering Class was deprived of this essential community foundation. Forced to avoid their friends from high school or CEGEP graduation through the beginning of university would obviously have an impact on their actions and development. Studies have shown that, over the course of the pandemic, it is the mental health of young people that has suffered the most. Furthermore, this increased isolation is only serving to exacerbate a decades-long problem of deteriorating mental wellbeing among young people. Despite this, the Canadian and provincial governments have failed to offer any meaningful health support to young people. Instead, it is advising youth to take care of their mental health by taking breaks from social media and “focusing on the good things.”

Considering all these factors, how could we not expect students to resort to adrenaline-induced impulsive acts? Pushing already-suffering students into residences but telling them they cannot socialize seems an almost Sisyphian brand of torture. Physical fights are obviously extreme, but the Fight Club is an example of young people’s desperation for connection. Without any outlet for their struggles, they turned to coordinated, consensual violence designed to bring their peers together. Rather than an exercise in extreme stupidity, the Fight Night is a display of the students’ desire for community connection and the extent to which they are willing to go in search of it. The disregard for their own health is something to be lamented, but it is more than understandable in the current context. One could ask why there are no underground fight clubs on campuses across the country as students everywhere are experiencing similar social isolation problems. That being said, there absolutely could be more fight clubs that we just don’t know about yet — after all, the first rule of fight club is to not talk about fight club.

Correction: an earlier version of this article stated the Fight Night took place at Forbes Field. The location was changed to the foot of Mount Royal by the organizers. (13/11/2020)