Opinion | What America Gets Wrong About Critical Race Theory

We need to talk about race. 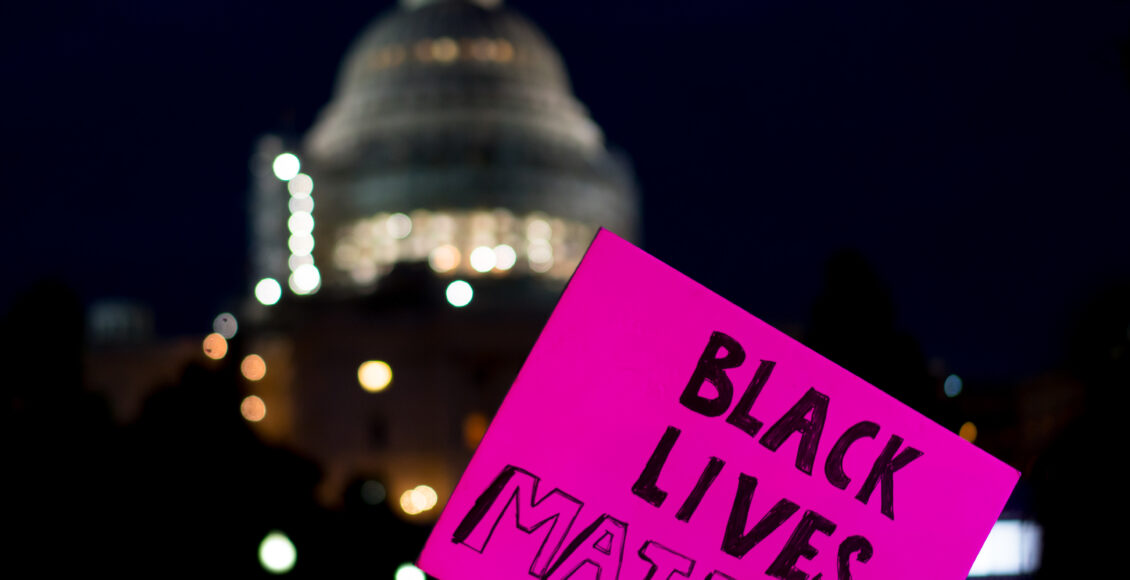 Rally from the White House to the Capitol, July 8, 2016
Share

Dr. Andrea Kane was the first Black superintendent of public schools in Queen Anne’s County, Maryland. Following George Floyd’s murder in 2020, Dr. Kane wrote an email to the thousands of families in her school district, as did hundreds of superintendents across the United States. But Dr. Kane’s email contained three fateful, even dangerous, words — three words that would result in the slow and steady dismantling of her career by outraged parents: “Black Lives Matter.”

This is a poignant illustration of something that’s becoming disturbingly salient in communities across America. Many primarily white middle and upper-class parents really don’t like it when educators bring discussions of race and racism into the classroom, especially when they reference white privilege.

Recently, there’s been vocal opposition from many white parents and politicians about the teaching of “critical race theory” in public schools. They see this teaching as indoctrinating children with the message that white people are inherently evil oppressors worthy of condemnation, and that this promotes hatred of white kids by their peers and themselves. But these fears are the result of a misunderstanding that obscures the real value of critical race theory to both children of colour and white kids, too.

What is critical race theory?

CRT offers a framework for identifying and tackling the legacies of historical racism in the structures of modern American society. It emerged during the late 1970s when people observed that the gains from the civil rights movement had been relatively modest and left many forms of inequality and racial discrimination unaddressed. These enduring forms of injustice were often much subtler and more insidious than the highly visible issues of race-based segregation and suffrage, but they were no less harmful. CRT signals the need to continue examining how racism is embedded in American life with the ultimate aim of eliminating racial oppression and creating a genuinely egalitarian society.

CRT remained relatively obscure, largely restricted to legal scholarship and higher academia, until concerns about racist policing entered public discourse in the 2010s. The murder of George Floyd in May 2020 was particularly instrumental in bringing CRT into mainstream consciousness as America was shaken by mass protests and urgent public conversations about the persistence of racism in modern society.

CRT’s basic ideas might sound uncontroversial. Yet, many American conservatives have expressed strong opposition to CRT’s entry into public discourse. These critics — such as former President Donald Trump — claim that CRT promotes the belief that white people are racist oppressors and that people of colour, especially Black Americans, are helpless victims. Opponents argue that CRT, therefore, poses significant harm to both white and racialized people by guilt-tripping the former and dooming the latter to dejection and despondency.

Towards the end of his presidency, Trump issued an order to stop all spending on diversity training programs for federal employees that drew on CRT or referenced white privilege, accusing such programs of spreading “divisive, anti-American propaganda.” Trump defended this move by claiming that discussions of white privilege and systemic oppression are themselves “racist.” Although Biden immediately revoked this order, Trump’s attack on theories that criticize race relations in modern-day America reinforced the view in many of his followers’ minds that such theories are racist, dangerous, and anti-American.

Because of an apparent desire to protect America’s most vulnerable minds from indoctrination, public schools have become a focal point in this contentious public debate. Republicans in several states have passed legislation banning these topics from classrooms, and some school boards have introduced new guidelines to prevent teachings that suggest the structure of American society is inherently racist. These measures are partly a concession to parents who worry their children are being exposed to divisive concepts that damage their sense of self-worth or that they are simply too young to address.

We need to talk about race

Terri Givens is a professor of political science at McGill University and the Provost’s Academic Lead and Advisor on McGill’s Action Plan to Address Anti-Black Racism. Her work deals with immigration policy, European politics, and the politics of race. I sat down with her to talk about what’s missing from the current debate in American public schools.

Givens points out that what’s being taught in schools that parents find so objectionable isn’t true critical race theory; CRT has become a buzzword for those who want to push back against discussions of structural racism. In particular, she connects it with a strong conservative push-back against the Black Lives Matter (BLM) movement. This seems a fair assumption given that many Americans apparently think BLM is a partisan rallying cry or even a terrorist organization. Judging by how ruinous those three words were for Dr. Kane’s career, the strong opposition to BLM is often linked with opposition to discussions of race and racism in public schools, and the adverse reaction to one is likely informed by how one conceptualizes the other.

Givens explains that much of the current controversy involves “a very targeted campaign” against school boards to change curricula. At the end of the day, “a lot of it revolves around basically teaching history,” she observes. Parents and politicians are taking issue with the conversations about racism and structural oppression that teachers often feel are necessary when teaching students about slavery or the civil rights movement, for example.

Neither CRT nor its grade-school analogue ascribes racism to every white person or inherent value to any racial identity. They simply defend the arguably modest claim that racism lives on in modern America and seek to inspire transracial efforts to create a society as equal in practice as it purports to be on paper.

There is value in having these difficult conversations so that even young students can engage with issues that powerfully shape the society that will shape them as they grow up. For Givens, it comes down to the importance of “[taking] individual responsibility for understanding the structures we live in and where each of us fits into the broader structures of discrimination.” She stresses that the project of tackling these questions and the resulting discourse isn’t meant to vilify or shame white people. The goal is not guilt-tripping, she says; rather, it’s inspiring meaningful change that seeks to lift everybody up. It’s mistaken to think of correcting the racist structures of modern society as a zero-sum racial game.

These are important facts that often get lost in the debate rattling America’s public schools. I think discussions about structural racism and systemic oppression inspired by CRT have a rightful place in classrooms. Whether they will win that place or be shut down remains to be seen, but it’s clear that efforts to suppress these ideas inevitably boil down to either a misunderstanding of CRT’s true aims or resistance to talks about structural racism precisely because they are a first step to upending the status quo. Both are an impediment to progress and an enemy to equality — and the only way to fight them is to keep the conversation alive.