Opinion: Why Do Canadians Care About the US Election? 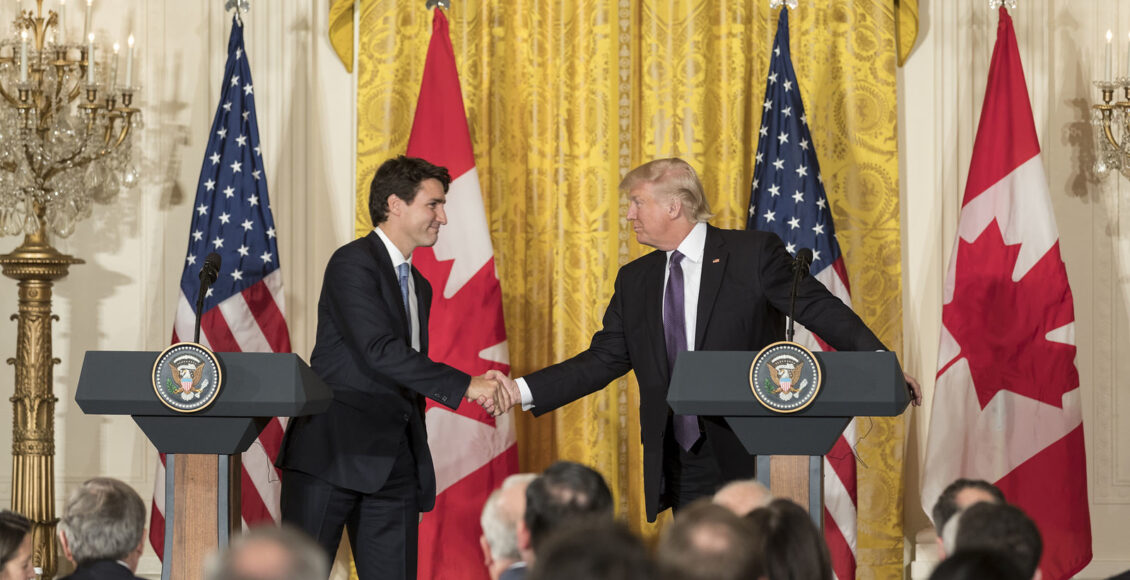 These past few months, my Instagram feed has been flooded with posts from my Canadian friends sounding off on the United States Presidential election and encouraging American followers to vote. Two weeks ago, over 1,000 anti-mask protesters marched past my residence building in Montreal, Quebec, proudly bearing Trump flags. I, a Canadian, also find myself constantly refreshing my Twitter feed and tuning into CNN for election updates. As I attended the pitch meeting for this very article, I tensely listened to the first presidential debate through one AirPod. These events may lead us to ask — why do Canadians, unable to vote and not subject to American authority, care so passionately about the ongoing US election?

This fervent interest in US politics is no special case. Canadians have been enamoured with the United States for as long as our two countries have existed. At its root, our culture is also entrenched in American mass media, from Hollywood blockbuster movies to extensive coverage of American news by Canadian outlets. Most recently, Canadian television networks CBC, Global, and CTV jointly broadcasted the first presidential debate. According to Paul Quirk, a professor of US politics at the University of British Columbia, the 2016 election of Donald Trump has only grown the fascination amongst the Canadian population. By stark contrast, Americans seem to know very little about Canada (beyond Justin Trudeau’s luscious locks). A 2011 report by Montreal’s Association for Canadian studies found that 52 per cent of Americans polled were unsure or unable to name Canada’s capital.

In April, Global News reported a record-high 84 per cent disapproval rate of the American president by the Canadian population. American politics has turned into a soap opera so horrifying and jaw-dropping, it’s hard to look away. While Canada and the US share many similarities, each country’s respective policy decisions reveal notable differences. Under the current administration, the countries have taken opposing stances on issues ranging from healthcare and gun control, to immigration policy, climate change, and the handling of the COVID-19 pandemic. Under Donald Trump, the US has seen federal corporate tax cuts and defended a travel ban on seven predominantly Muslim countries, while in contrast, the Canadian federal government has run the economic deficit up to $342 billion due to welfare spending during the pandemic, and in 2017, welcomed 39,671 Syrian refugees. Threats to “build the wall” and “drain the swamp,” have left many Canadians rolling their eyes. But beyond a mere disagreement of ideologies, the policies undertaken by our neighbours to the South have significant repercussions for Canadians.

Sleeping with an elephant

In 1968, Pierre Trudeau described living next to the United States as “sleeping with an elephant. No matter how friendly and even-tempered is the beast […] one is affected by every twitch and grunt.” Canada and the United States indeed form an important, long-standing, and symbiotic partnership, with significant dependence on each other. This is especially true regarding trade. We are America’s single largest customer, buying more goods from the US than China, Japan, and the UK combined. Our reliance on trade with the US is even greater, with three-quarters of our exports being sold to our southern neighbours. Since the inauguration of Donald Trump, this relationship has become tumultuous. Trump repeatedly called the North American Fair Trade Agreement (NAFTA) between Canada, the US, and Mexico “the worst trade deal ever made,” seeking to replace it with a new agreement. The replacement NAFTA deal, now known as the United States-Mexico-Canada Agreement (USMCA), was signed in 2018 after a dragged-out year of negotiations and ratified in March 2020. However, just five weeks after the implementation of the USMCA, the Trump administration again soured the partnership placing tariffs on Canadian aluminum, only to be withdrawn three months later under threats of Canadian retaliation. 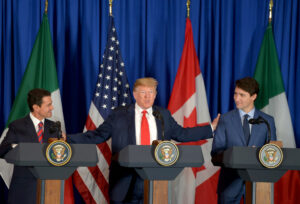 The interconnected nature of our two countries is evident. We share substantial energy infrastructure, such as the Keystone XL pipeline from Alberta to Texas. Furthermore, this September, Trump approved a permit to begin construction on a cross-border railroad line between Alaska and Alberta. Sleeping next to the US means Canada also enjoys an added sense of security from their ally’s powerful military. From energy to transportation, to security,  actions taken by the US are inextricably linked to the lives of Canadians. This election could see further repercussions for Canada.

A Trump second term would likely see further instability in cross-border trade. This may put Canada’s auto industry at risk, as they face competition from decreasing standards for energy efficiency in American vehicles. As Trump freezes plans implemented by former US President Barack Obama to double fuel efficiency by 2025, Canada will be at a crossroads to decide whether to invest in the production of fuel-efficient, lower emission vehicles or follow American standards. There also remains potential for greater volatility in retaliatory tariffs over lumber, steel, aluminum, and other Canadian exports, as well as fluctuation in world markets.

Even more urgently, if COVID-19 is not managed in the US, the recession will continue to deepen, hurting many Canadian businesses and jobs. The tourism industry will continue to suffer as long as the US border remains closed to non-essential travel. On the other hand, Joe Biden has promised to push for a national mask mandate, rejoin the Paris Agreement, and stabilize trade relations with Canada and other American allies.

All of this is then placed within the context of the growing prevalence of fascist, racist, xenophobic ideology disguised as politics. In recent years, this trend of increasingly divisive rhetoric has begun to seep into Canadian elections. In an eerie emulation of Trump’s “Make America Great Again,” the leader of the federal Conservative Party, Erin O’Toole is fighting to “Take Canada Back,” prompting one to question who exactly we are taking Canada, a country rooted in the colonization and genocide of Indigenous people, back from? Following a global resurgence in populism, in 2018 the Ontario Progressive Conservative Party ran on a platform of “Doug Ford For the People.” These electoral strategies have increased political division across Canada, as made evident during the last federal election in which Justin Trudeau’s Liberal government formed only a minority, while the Conservatives swept the Prairies. Though often indirectly, the state of US politics influences how Canadians interact with their own government, and how the government approaches policy impacting these citizens.

What this means for Canadians

Canada’s fascination with American politics is well justified. Speaking with Rachel Kalmanovich, the President of Democrats Abroad at McGill, she reiterated that, with “attention-grabbing theatrics being put on at debates and by the incumbent notwithstanding, due to our closeness (physical and economic), Canadians are greatly impacted by decisions made in the United States.” This election’s outcome will affect Canadians. It is important for we who can only watch from the sidelines to stay informed and involved, and for those who are able, to vote. Above all, this election can be scary, frustrating, and draining to follow. As we enter the final stretch, be sure to take breaks from the discouraging and incessant news cycle.

Featured image, courtesy of The White House, is in the public domain.