Opinion: Why Environmental Progress Will Not Come From International Cooperation 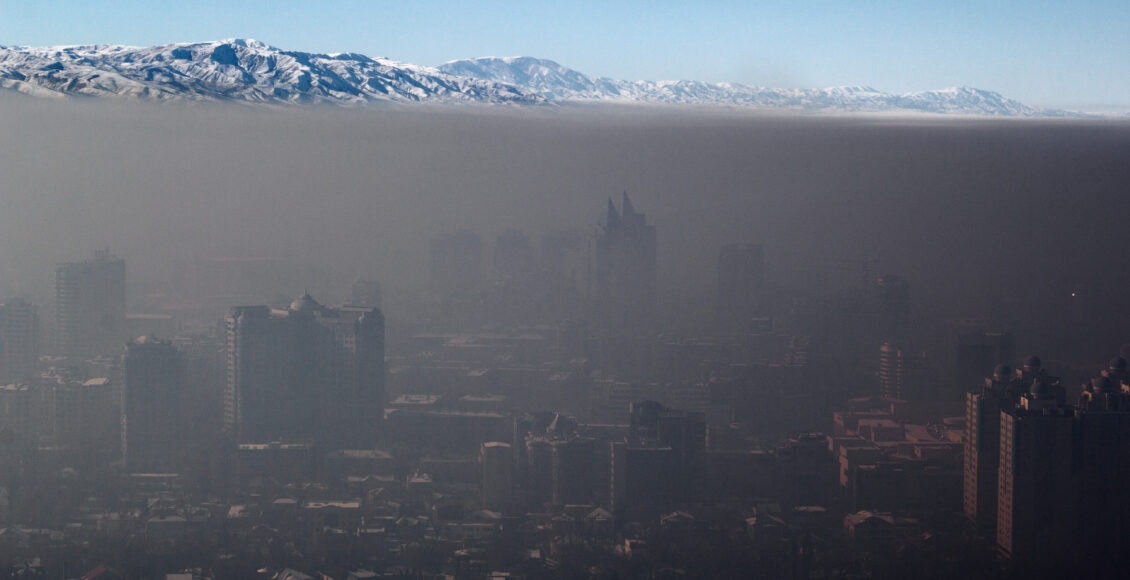 Thick smog is seen over Almaty, Kazakhstan in 2014. Photo by Igors Jefimovs and licensed under CC BY 3.0.
Share

The American theologian Hosea Ballou once said, “Gratitude is the fairest blossom which springs from the soul; and the heart of man knoweth none more fragrant.” As a boy, my grandfather always tried to instil this maxim in me, my siblings, and my cousins. Often, he told stories of his childhood in response to the many complaints we made on a daily basis. Having grown up in Wales during the interwar period, he spoke of a Dickensian world with no electricity, houses with no indoor plumbing short of a wash tub or chamberpot, and streets with very few cars on the road where the clacking of horseshoes trumped the sound of engines.

In many ways, this illustrates how older generations’ gratitude reflects the material progress they have witnessed in their lifetimes. It is remarkable to me that the world described by my grandfather existed less than a century ago. The wondrous innovations we enjoy today are certainly something to be grateful for — but where should we direct this gratitude? As the economist William Baumol made clear in The Free-Market Innovation Machine, the spread of new technology at such a remarkable pace is a result of free markets because, under capitalism, “time is money.” However, there is no shortage of arguments against capitalism these days, not least because of its association with climate change.

Recent polling shows that a majority of young Americans favour alternative economic systems, with progressive politicians like Alexandria Ocasio-Cortez calling capitalism “irredeemable,” and advocating unprecedented government action on climate change. Considering numerous failures in recent decades to reduce global greenhouse gas emissions through interstate cooperation, what if capitalism — as a source of such material progress and a historical accelerator of climate change — is a solution to the issue?

The theoretical tradition of realism offers a possible framework for addressing this question. Building on classical realism, the political scientist Kenneth Waltz developed the theory of structural realism to explain the realm of international relations. Based on the assumption that the primary goal of all states is survival, Waltz argued that the international system operates like the Hobbesian state of nature where no global authority can guarantee the security of any state. Therefore, he arrives at a highly pessimistic view of state cooperation, wherein agreements will only be signed when all parties’ security is collectively threatened and when no single state stands to benefit over another.

This latter proviso is critical, as it leads states to see negotiations as a zero-sum game — where the gains of one state come at the expense of another’s — which has been central to the failure of international environmental agreements. While climate change certainly poses a risk to the entire international community, current climate challenges do not outweigh states’ concerns over relative gains when entering into negotiations, some of which was evidenced by the outcome of the Kyoto Protocol.

The Kyoto Protocol, which came into effect in 2005, was the first internationally binding treaty on emissions cuts, aimed at reducing global greenhouse gas emissions by at least 5 per cent below 1990 levels by 2012. To achieve this, the agreement sought commitment from industrialized, or Annex I, countries under the principle of Common But Differentiated Responsibilities (CBDR), holding that developed countries should “take the lead in combating climate change” based on their respective capacities. However, the United States, as the world’s largest emitter at the time, backed out of the agreement and global emissions subsequently increased by 32 per cent over the agreement’s lifespan.

Within the structural realist worldview, the failure of the Kyoto agreement exemplifies how concerns over relative gains can hinder progress on collective efforts to address climate change. Through its designation of Annex I and non-Annex I countries when calculating emissions commitments, Kyoto sealed its own fate by limiting the capacity of industrialized states but not non-industrialized states, thereby precluding meaningful cooperation on climate change. The United States commissioned a subsequent study which predicted that implementing the commitments therein would have cost upwards of $70 billion annually, or 1.5 per cent of the country’s GDP. Under CBDR, US economic growth would have been hindered, while China, a non-Annex I country, could grow its economy, and therefore threaten US security interests. These fears were clearly exacerbated by China’s proliferation of weapons of mass destruction and Chinese claims to Taiwan and the South China Sea at the time.

The shortcomings of Kyoto were evidently caused by concerns over relative gains involving CBDR which successive international environmental treaties, like the 2016 Paris Agreement, have unsuccessfully tried to assuage in terms of reducing carbon emissions. Currently, global greenhouse gas emissions are continuing on an upward trend, suggesting that state cooperation will not occur unless the anarchic nature of the international system is changed or the immediate security of all states is threatened. For instance, the United States may only be willing to concede power within an effective emissions treaty when 60 per cent of its nuclear reactors are at risk due to sea level rise, as a US Army report suggests. Likewise, China may only do the same when its economy incurs annual losses of 11-12 per cent by 2050 because of coastal sea level rise, as a recent study predicts. However, if imminent environmental security threats are needed to quash relative gains concerns in the international system, preventative measures will be impossible.

The narrative that states will solve climate change through emissions agreements while simultaneously denouncing capitalism is essentially unrealistic and unworkable. It is time we abandon this pipe dream and recognize that meaningful action on climate change must come from outside the international system, making capitalism an appealing alternative. Slowing economic growth will only prolong the current crisis, whereas allowing free markets to flourish will decrease emissions through innovation, which has been the case in the past.

We need only remind ourselves that prime contributors to climate change such as the automobile industry have significantly reduced emissions in ways such as fuel economy advances, with more than half of new cars expected to be fully electric in just twenty short years. Meanwhile, a growing industry of sustainable microgrids coupled with the burgeoning field of artificial intelligence could potentially mainstream solar power as an economically viable energy source. These innovations will then be gradually adopted by states as a bottom-up means to reduce emissions, instead of the failed top-down approach of international cooperation.

Of course, measures to foster economic growth and innovation must be undertaken in tandem with domestic policies countering neoliberal prescriptions that a completely unfettered market will solve all the world’s problems. Issues like “vulture capitalism” and the industrial degradation of natural spaces for convenience are clearly abhorrent. But, as we enter the decade that will see the first members of the so-called “Zoomer” generation enter the domain of politics, we cannot cast capitalism by the wayside and preoccupy ourselves with misguided trust in international cooperation or Marxist utopianism. To overlook capitalism as a mechanism for progress towards a cleaner world would be a grave mistake in every sense of the term, and one for which our grandchildren will bear the impact.

Featured Image: Thick smog is seen over Almaty, Kazakhstan in 2014. “Smog over Almaty” by Igors Jefimovs and licensed under CC BY 3.0.