Organized Crime in the Age of COVID-19 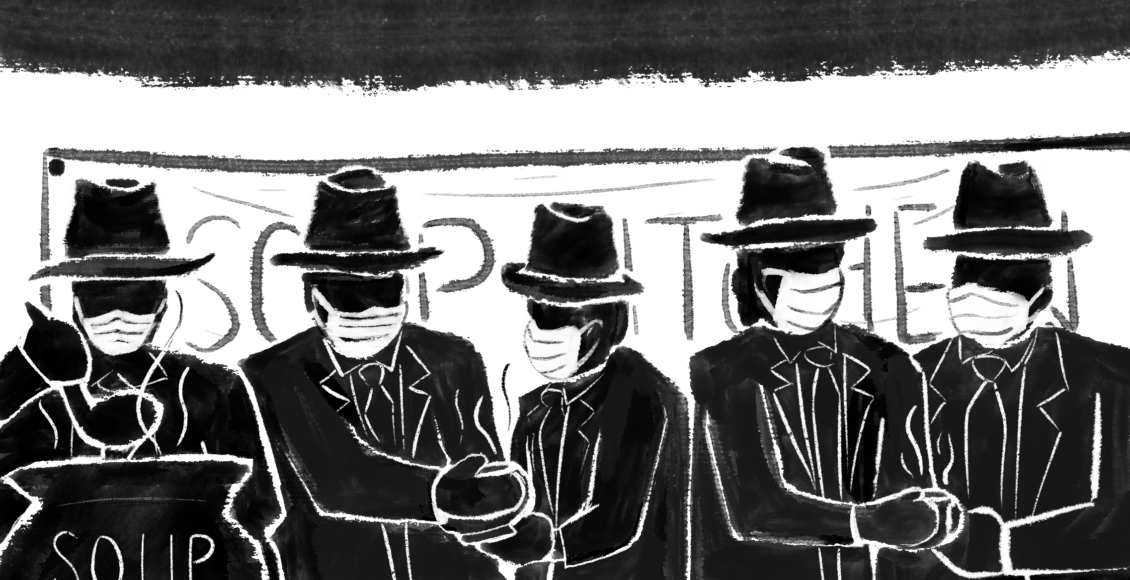 Over the course of the COVID-19 pandemic, Mexican drug cartels have begun to function more as charity organizations than narco cartels as they seek to profit off the pandemic. This has become apparent as cartels have begun using their well-developed transportation networks to provide food and medicines to people in need.  Indeed, these criminal organizations have become an important source of support for local communities.

In April, it emerged that the daughter of famed drug-lord El Chapo, Alejandrina Guzman, was handing out grocery boxes with the likeness of El Chapo on them to elderly people. While she claims that it was all paid for by her fashion brand, it nevertheless highlights the role of drug cartels in local communities. In fact, the Guzman-clan is far from being the only cartel to engage in such activities. During the pandemic, food parcels have been distributed in numerous cities across Mexico by various drug cartels.

According to Crisis Group analyst Falko Ernst, drug cartels that are engaged in charity activities do so in an attempt to strengthen their social base. This provides cartels with the ability to establish close relations to local populations, as they effectively become an alternative to the state itself. It has also been argued that charity has emerged as a new avenue for turf wars amongst drug cartels, with food being considered a more effective means for gaining social support than guns.

The pandemic has also seen Mexican drug cartels take on greater governing powers in an attempt to curb the spread of the virus. This is in large part due to the toll the pandemic has taken on drug cartels as international travel restrictions have made the movement of drugs from Latin America into Mexico more difficult. Meanwhile, chemicals used for the production of synthetic drugs, which are usually imported from China, have dried up. Cartels are therefore threatening individuals who don’t stay at home with violence.

The role of Mexican drug cartels in caring for local populations and enforcing curfews lends credit to the claim that territories under the control of such organizations are “states within a state”. As such, the cartels’ use of violence is threatening the conception of a state in Mexico, as a state is characterized as an entity that “has a monopoly over the legitimate use of force”. However, Mexico is far from the only country where criminal organizations have taken on greater public responsibility over the course of the COVID-19 pandemic.

In Italy, especially the areas surrounding Naples, criminal organizations have taken on similar responsibilities to Mexican drug cartels, providing locals with food and medicine. Moreover, the local camorra gangs have begun to provide local businesses with financial aid, in the form of low-interest loans. These have been important strategies for the mafia to cement its power, as aid during the pandemic is expected to be repaid by opening up one’s business for money laundering – representing a big step back in the battle against organized crime.

In Brazil, criminal gangs in the favelas are enforcing curfews and handing out hand sanitizer to local populations. Much like in other countries where governments have been slow to react to the virus, it is up to criminal gangs to enforce such social contracts.

In Japan, the pandemic has become a means by which criminal gangs compete for power. Reports have emerged of the historic yakuza gangs seeking to restore their reputations through public works, such as handing out free supplies to desperate individuals and offering to clean up a quarantined cruise line, while also pursuing profits from the sale of medical supplies.

In Colombia, populations in remote parts of the countries received orders from armed groups at the beginning of the pandemic, stating that they would begin to enforce their own curfew, separate from the one instituted by the central government. By means of social media and pamphlets, these groups laid out restrictions on movement and categories of essential work, as well as punishments for breaking the curfew.

While it is apparent that the COVID-19 pandemic has opened up a window of opportunity across the world for criminal organizations to gain greater power, it is important to note why this has come to be. The pandemic is the immediate cause, enabling criminal networks to solidify their power. The underlying causes are the conditions that have developed to allow organized crime to profit from the crisis. Weak governments are now experiencing the return on their poor investments – the chickens have come home to roost.

The failure of the government in the Mexican Drug War is now enabling drug cartels to solidify their status as “states within states”. Rolling back social welfare programs in Brazil and Colombia, as well as a limited government presence in the regions that ought to have the greatest, is now enabling criminal organizations to cement their power. Excessive red tape within the Italian bureaucracy is now enabling mafiosos to respond to the needs of the people faster than the government. While in Japan, failure to outlaw the 400-year old yakuza organization is now enabling them to restore their reputation.

While the COVID-19 pandemic is bound to come to an eventual end, its impact on criminal networks will be long-lasting. This will hold especially true in places where organized crime is now able to restrict the movement of populations in the name of defeating COVID-19, as national governments will be hard-pressed to regain authority. However, by taking care of historically marginalized populations, via greater social programs and cash assistance, national governments will be able to stem the growing influence of criminal organizations seeking to profit off the pandemic.