How private military companies are changing the face of contemporary warfare 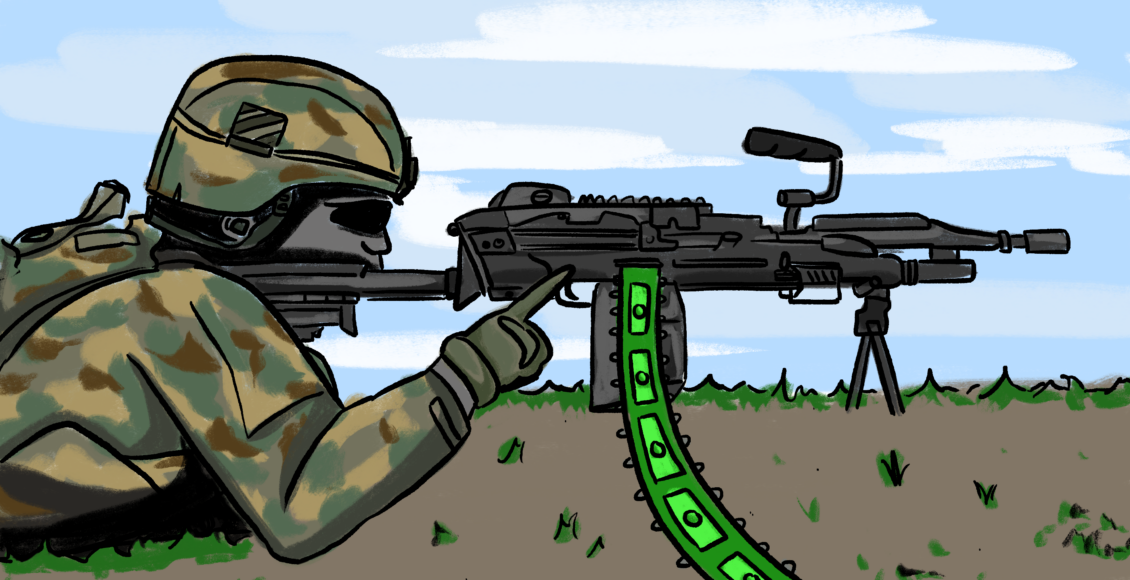 Reports have, with increasing frequency, begun to emerge of states engaging mercenaries to further their foreign policy objectives. From Colombians fighting on behalf of the UAE in Yemen, to Turkey hiring Syrians fighters to shift the balance of power in the Armenian–Azerbaijani conflict, these non-state contractors have received an increasingly visible role in international affairs.

A mercenary, also known as a “soldier of fortune,” is an individual that seeks to engage in military conflict for personal profit. Mercenaries are not members of any official military, but rather seek to sell their skills to the highest bidder. Mercenaries are not recognized as legitimate combatants, which inhibits them from being granted the same rights as service personnel in a regular army under international law. Despite the illegality of employing their services, mercenaries are frequently used by states attracted to the plausible deniability offered to them and the lack of direct engagement by their domestic population.

While mercenaries are historically established agents in military conflict, having been used by the Ancient Greeks to fight the Persian Empire, the traditional soldier of fortune has by-and-large gone extinct. The last of these, “Mad Mike” Hoare, was a British mercenary leader known for his exploits in Africa. Trained as an accountant, Mad Mike became a prolific soldier claiming to be fighting an ideological struggle against the spread of communism, despite his soldiers being notorious for their indiscriminate looting. 1981 marked the beginning of the end for Mad Mike and others like him following a failed invasion of the Seychelles by Hoare and his men. Their attempt at an invasion, which saw the mercenaries commandeer an airplane, became the subject of a UN resolution and received convictions ranging from treason to hijacking — overall, an exercise in poor marketing for the mercenary profession.

In need of a rebranding, mercenaries became private military contractors. While private paramilitary forces are functionally mercenary armies, they are not considered as such given that they are not proactively employed in front line combat. However, this exercise in semantic acrobatics does not change the fact that private military contractors do everything that conventional mercenaries would.

The rise of corporations that provide private military services has been increasing since the 1990s, as national governments have begun to outsource their involvement in armed conflicts. The most notable of these, which clearly demonstrates the interactions between governments and private security corporations, is the Wagner Group. With offices in Argentina, Russia, and Hong Kong, the Wagner Group is a private military company that enjoys close ties to the Russian government. While the origins and ownership of the corporation are obscure, it first emerged on the international stage in 2014 following the Russian invasion of Crimea. Its services include providing combat advising, foreign internal defence, and direct action services — all of which align well with the actions of mercenary activities as they have historically been performed. Nevertheless, the Wagner Group, and other private military contractors like it, can be distinguished from mercenaries à la Mad Mike insofar as it functions as an extension of a country’s foreign policy.

In both Africa and the Middle East, the Wagner Group functions as a branch of the Kremlin. According to a leaked UN report, there are nearly 1,000 private military contractors under the supervision of the Russian corporation currently engaged in armed conflict in Libya. Their presence in the war-torn North African country is not officially recognized by Moscow, allowing it to deny or minimize any Russian casualties while maintaining an active military presence. Meanwhile, in Syria, as many as 2,500 Wagner Group soldiers are fighting on behalf of the Russian-backed regime. Yet again, the Russian government has denied the use of private military contractors in the country as it has sought to “portray its military intervention in Syria as a successful peace mission with minimal losses.”

While the Wagner Group has become the most prolific private military contractor in recent years due to its engagement by the Russian government, it is far from the only one. G4S, ranked as one of the largest private employers in the world and commanding an army three times the size of the British military, is involved in armed conflicts across the world. While Academi, formerly Blackwater, has provided services to both the Central Intelligence Agency and the US State Department.

The proliferation of private military companies has accompanied the reduction of conventional military forces. In Afghanistan, the US has pulled out most of its troops, while the number of mercenaries engaged by the US government has increased. Indeed, between 2009 and 2016, the ratio of American soldiers to private contractors in Afghanistan tripled. The US decision to employ contractors was a political, as opposed to a strategic one. Once American wars in the Middle East began to draw on far beyond their expected time frames, it became increasingly difficult to sustain the all-volunteer forces. Rather than withdrawing and losing or implementing a draft, policymakers turned to private military companies. Today, the Pentagon spends more than $370 billion USD on private military contractors to wage its wars, while also circumventing democratic accountability.

While the use of mercenaries is a conventional practice, its proliferation is nevertheless a cause for concern. By enabling states to put boots on the ground in a mostly unofficial capacity, states can engage in warfare while bypassing international law. Additionally, the allegiance of private military corporations to the highest bidder means that armed forces whose size rival those of national militaries can be put at the convenience of nefarious actors.