Pandemics Abroad: Immigration Policy and the Coronavirus in East Asia 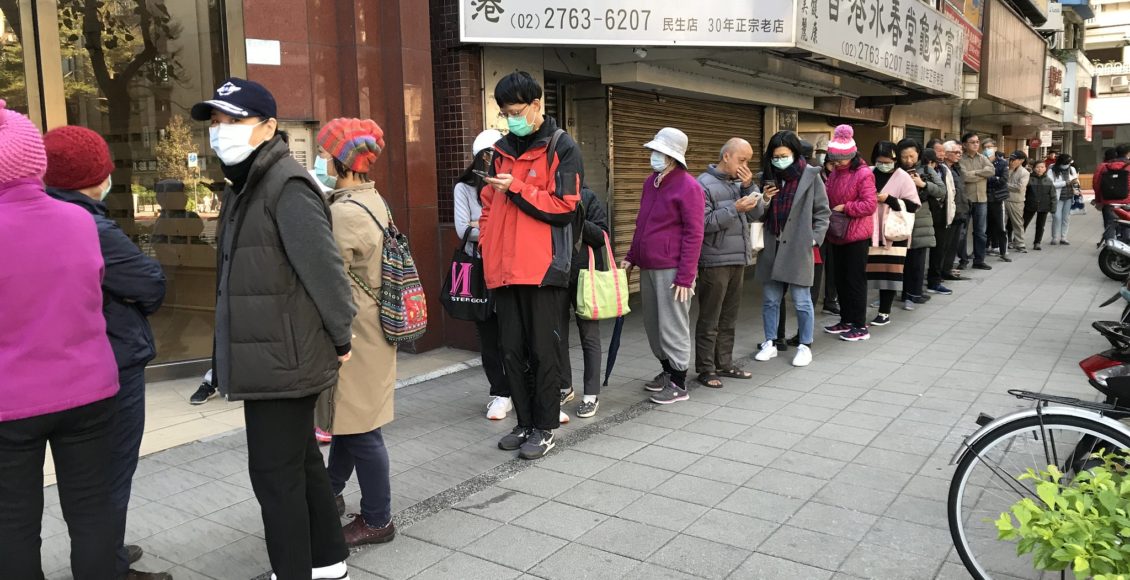 The recent outbreak of the SARS-CoV-2, commonly referred to as “Wuhan coronavirus” or simply “coronavirus,” has drawn much attention worldwide. It did not take long for memes to spread across social media and for news companies to publish terrifying reports, regularly updating the number of confirmed cases and deaths from the virus. On January 28, the World Health Organization (WHO) declared the coronavirus a public health emergency of international concern, which did little to assuage fears of contagion. On March 11, WHO officially declared the virus a pandemic. The speed at which the virus is spreading, both in China and beyond, has increasingly shaped foreign relations between certain states in East Asia. In fact, mass hysteria and preventive measures intended to slow the spread of the virus may temporarily jeopardize interstate relations in the region.

The rapid spread of the virus, along with extensive media coverage of contamination and deaths, provoked hysteria in many states within Southeast Asia & the Pacific during the past few weeks. On Sunday, January 26, Singaporean Antasha Abdullah started an online petition titled “Stop the Wuhan virus from entering Singapore,” urging the Immigration and Checkpoints Authority (ICA) to temporarily ban Chinese nationals and travellers from entering the country.

At the time of writing, over 121,200 Singaporeans have already signed the petition, nearing its required 150,000 signatures. Singapore’s small size, coupled with high rates of Chinese tourism and travel, are inciting fears among local citizens of a potential outbreak throughout the city-state. As of January 29, the Singapore Ministry of Health confirmed 10 cases of the Wuhan virus, making it unlikely that civil hysteria will quell any time soon.

A similar online petition emerged in Malaysia, urging the government to temporarily bar Chinese nationals, specifically those from the city of Wuhan, from entering the country. However, the impact was far greater than that of Abdullah’s petition in Singapore, garnering over 419,000 signatures as of January 29. The government of Malaysia responded to these demands before the petition reached its target of 500,000 signatures, effectively halting the issuance of visas for Chinese citizens from the Hubei province on January 27.

Such concerted efforts from non-state actors to prevent contagion are rather unique. Unlike the 2003 outbreak of Severe Acute Respiratory Syndrome (SARS) in the region, social media platforms are providing additional leverage for citizens to express their discontent and worries in a way that was not possible before. This is not to say that people are more worried now than they were back then, rather online platforms such as Change.org allow anyone with an account to mobilize instead of simply waiting for official responses.

When comparing responses to coronavirus with the SARS outbreak, some have noticed increased transparency from the Chinese government regarding contagion, infections, and deaths, which can sometimes fuel mass hysteria. We can expect that online mobilization will continue to gain momentum as the number of confirmed cases in the region increases. When coupled with detrimental socio-political factors, mobilization can produce spillover effects, prompting waves of political unrest on the streets.

Resurgence of violence in Hong Kong

Sino-Hong Kongese relations have suffered greatly since the eruption of mass protests in June 2019, following a proposed extradition amendment bill permitting criminal fugitives wanted in Taiwan and mainland China to be delivered to Chinese justice. Prospects for peace already appeared fairly low upon the new year, as December 2019 marked 6-months of continuous protests leading many universities, including McGill University, to suspend exchange programs in Hong Kong. Hysteria surrounding the spread of coronavirus only worsened the situation, as two Hong Kong protesters threw Molotov cocktails at a housing complex the Special Administrative Region (SAR) government planned to use as a quarantine facility for contaminated residents.

Anger surrounding the outbreak and spread of the virus to Hong Kong are adding to overall feelings of fatigue after months of protests calling for the withdrawal of the bill. Beyond the obvious political ramifications of the situation, hostilities from protesters make it harder for the current administration to properly assess the impact of the virus and to determine an appropriate treatment. At this time, protesters in Hong Kong view the spread of coronavirus as yet another opportunity for Beijing to encroach on the SAR. Chief Executive Carrie Lam’s decision to limit travel to Hong Kong from mainland China highlights the stakes of this outbreak in particular, as the SAR government had never taken such measures before, not even after the SARS pandemic claimed over 300 lives in Hong Kong in 2003. Despite echoing similar actions taken in Singapore and Malaysia, Hong Kong’s decision to close borders to Chinese nationals could also be politically motivated, given the rather unstable climate of the city over the past 6 months.

Undoubtedly, the decision was an attempt to avoid escalating current tensions between protesters and the SAR government. Still, reactions to the virus in Hong Kong indicate that frustration is still pervasive among protesters, and attempts from the government to restart a dialogue with its with disgruntled citizens will have to be postponed to avoid further spikes of violence. Beyond the inherent politicization of the virus, economic interests within the region are also at stake.

Tourism is a key pillar of many East Asian economies. Because Southeast Asia & Pacific is one of the most densely populated regions in the world, threats of person-to-person transmission of the Wuhan virus will undoubtedly affect tourism for some countries. The situation seems particularly tense in Singapore, ever since the Minister for Trade and Industry, Chan Chun Sing, predicted that the virus will negatively affect the country’s economy. The city-state has one of the highest population densities in the world and is a popular destination for tourists in East Asia and beyond. Since Mainland Chinese constitute the bulk of travellers to Singapore, including both tourists and businesspeople, preventive screening and immigration measures will certainly have a detrimental impact on the city-state’s tourism industry.

Along with bans aimed at Chinese travellers, overall declining customer confidence should be considered as well. Fears of contagion are a major disincentive for tourists travelling to countries neighbouring China at the moment, and many booking cancellations can be expected in the coming weeks. Drawing lessons from the 2003 SARS outbreak, the Singapore government already stated its intentions to support businesses that rely on tourism for profits. While it is too early to determine the exact implications of the virus for the tourism sector, there is no doubt that as the pandemic spreads in the region, so too will the negative economic consequences.

Currently, governments in East Asia and elsewhere are still trying to determine the best course of action for dealing with the Wuhan coronavirus. It is very likely that more measures restricting immigration within the region will be introduced as more cases are confirmed. Abating mass hysteria among public audiences will be difficult in the absence of positive updates regarding a potential cure, especially when domestic economies throughout the region are threatened. What’s more, as Hong Kong is still aching from mass anti-government protests, the coming weeks will be crucial in determining the future of Sino-Hong Kongese relations in the wake of the pandemic.

When considering the position that China occupies in the modern international system, the decision to temporarily close borders to Chinese travellers is not free from consequences, whether economic or political. Yet, the fact that many neighbouring governments decided to implement immigration restrictive measures shows how securitization can overshadow transnational cooperation in the context of global health crises.

Featured image: People lining up in front of a pharmacy to buy face masks during the new coronavirus pandemic in Taipei, Taiwan. Photo by 玄 史生/Xuan Shisheng, licensed under CC0 1.0 Universal.