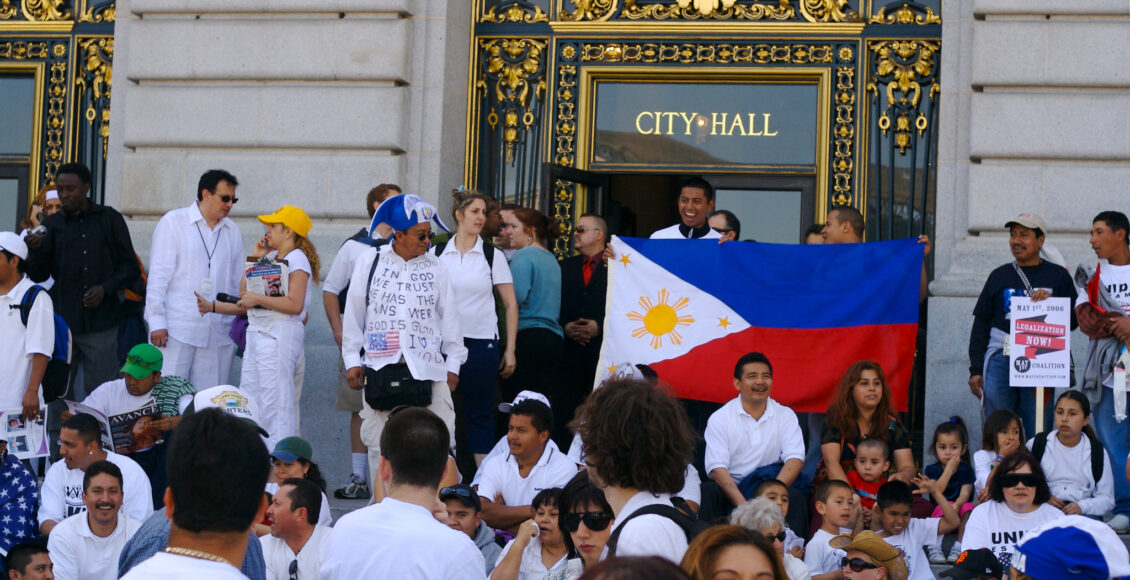 The election of Rodrigo Duterte, the 16th President of the Philippines, in October 2016 signified a drastic change in the country’s political landscape. Despite Duterte’s noticeably high approval ratings — among the highest since democracy was reinstated in 1986 — the current administration has been associated with a string of questionable and relatively undemocratic practices. Duterte’s election stirred much controversy as critics began to suggest an erosion of fundamental democratic values, evidenced by his vehement “war on drugs.” Additionally, the Anti-Terrorism Act (ATA), signed in early July 2020, appears to be Duterte’s latest effort to lock the Philippines in its descent into a military regime.

Defining terrorism under the Anti-Terrorism Act

The new ATA was drafted in June 2020 and voted into law by President Duterte on July 15. Although the bill intends to “prevent, prohibit, and penalize terrorism in the Philippines,” a closer look at the different clauses reveals its more subversive side. The act drew criticism by expanding the definitions of “terrorism” and “terrorist,” while condemning instances of “inciting terrorism” and “intimidating the government.” Because such clauses apply to speeches, writings, proclamations, and other representations, the ATA compromises freedom of speech and, therefore, violates the Philippines’ constitution.

While it is unclear what “intimidating the government” refers to, it appears to be nothing short of criticizing the current administration. Just a month before the the bill was brought to a vote, Ronnel Mas, a social sciences teacher, was arrested after jokingly tweeting that he would give ₱50 million (roughly $1 million USD) to anyone who could kill Duterte. Although charges against Mas were later dropped, this exemplifies how strong retaliation can be for anyone criticizing the regime. Now that the ATA is enforceable, critics of the regime will undoubtedly undergo even harsher scrutiny by the Philippine police forces.

The new act supplants the Human Security Act (HSA) of 2007, which was the Philippines’ first attempt at monitoring radical Islamist terrorism in a similar manner to some of its Southeast Asian neighbours. The HSA was important given the rise of ISIS sympathizers in the country’s southern provinces, though it still granted basic rights to individuals being detained for charges of terrorism. This included a maximum of three days in detention, as well as the right to see a lawyer, a priest, a doctor, or family members.

Issues with the new anti-terror bill extend well beyond its ambiguous definition of terrorism. The consequences for individuals suspected of terrorism, as defined by the ATA, are even more critical. In fact, the act grants authorities the right to arrest any suspected terrorist without the need for a warrant, opening the door for the mass detention of suspects. Moreover, the ATA provides grounds for the creation of an Anti-Terrorism Council (ATC), with members appointed by President Duterte, and has the unfettered power to initiate actions — such as wire-taps and surveillance — against anyone suspected to be affiliated with “terrorist” activities.

The presence and influence of retired military generals and police officers in Duterte’s cabinet already implies greater securitization, even at the expense of individual civil liberties, deepening fears that the new anti-terror bill could easily be used to suppress anyone expressing political dissent. The transition from the HSA to the ATA was in fact commanded by military generals, who believed the previous act granted too many rights to suspects and not enough power to authorities. This sudden and drastic change in favour of Duterte’s close personnel sparked outrage both within and outside the Philippines.

United front against the bill

Upon announcement of the act, different civil society groups in the Philippines began to voice their opposition to elements of the bill. Opponents include the Catholic Church of the Philippines, which went as far as comparing the ATA to the new national security law imposed by the People’s Republic of China on Hong Kong.

As one of Duterte’s loudest critics in the country, the Catholic Church also spearheaded the 1986 “People Power” revolution that ended the Ferdinand Marcos dictatorship, reinstating democracy under Corazon Aquino. This crucial contribution to the country’s political history attracted the respect and loyalty of millions of Filipinos. In this sense, the Church’s criticisms of the ATA are a tangible reminder of the potential for the country to fall back into autocracy.

Many organizations have taken to the Supreme Court to have the law repealed, filing over 15 petitions just one week after the bill was voted on. Labour unions across the Philippines are at the forefront of this movement, citing the concerns of workers who hold different political opinions than those of the Duterte administration. This proves particularly alarming considering President Duterte lumped together communists and “terrorists” when addressing the bill during a televised news conference. However, further resistance against the bill will be even more difficult in light of the COVID-19 pandemic due to imposed lockdowns and curfews in major cities throughout the Philippines.

Criticism of the bill is not contained within the Philippines’ borders. Several countries with large Filipino diasporas, mainly Canada and the United States, held protests demanding that the bill be repealed. Many Canada-based organizers view the bill as the final nail in the coffin of Filipino democracy, contributing to growing pressure on Canadian officials to publicly condemn the law and potentially impose sanctions. Both domestic and international reactions highlight concerns as to what path the Filipino government is following, which is exacerbated by the influx of crackdowns on journalists under Duterte’s administration.

Political dissent and journalism in the Philippines

Duterte’s hardened, anti-journalist rhetoric has materialized in the form of increased media censorship over the past few years. A particularly symbolic case involves Filipina journalist, Maria Ressa, who co-founded the online news site Rappler. Ressa was found guilty of cyberlibel in June 2020, and now faces between six months and six years in prison as well as a fine of ₱400,000 ($8000 USD). Because Ressa is an outspoken critic of Duterte’s anti-democratic practices, her conviction signals bleak prospects for other journalists and media outlets in the Philippines who wish to exercise their freedom of the press.

As a news site, Rappler tackled many contentious issues under the Duterte administration, ranging from Duterte’s war on drugs that condoned extrajudicial killings of minor drug peddlers, along with his many problematic comments regarding homophobia or excusing sexual assault. This criticism motivated Duterte’s attempts to silence the news website, wherein Ressa became his primary scapegoat. Rappler, however, is not the only media outlet that has been subject to presidential attacks. Considering Duterte shut down the Philippines’ largest media and entertainment company, ABS-CBN, for airing a TV report that criticized him, his determination to censor online publications and media outlets that go against his will is especially troubling.

Over the past few months, Duterte has showcased his intentions to further restrict civil liberties and individual freedoms in a country that was once considered the pinnacle of democracy in Southeast Asia. Amid increased calls to defund military and police activities sparked by the Black Lives Matter movement, and the protests it inspired in countries around the world, including the Philippines, the prospect of transferring even more power to military and executive forces is highly disconcerting. Owing to its loose definition of terrorism, the ATA reinforces the ever-tight repression of basic civil liberties in the Philippines, signifying the next step in the process of securitization. Coupled with the current administration’s poor management of the COVID-19 outbreak, the future of Filipino citizens remains uncertain. Furthermore, the overall inertia of the international community in light of these recent developments only reinforces a cycle of uncertainty as to how the regime will evolve in the coming months and years leading up to the next presidential election in 2022.

Featured image: “Republic of the Philippines” by Alexandre Macedo is licensed under CC-BY-NC-ND 2.0.