Paving the Way: Algeria in Transition 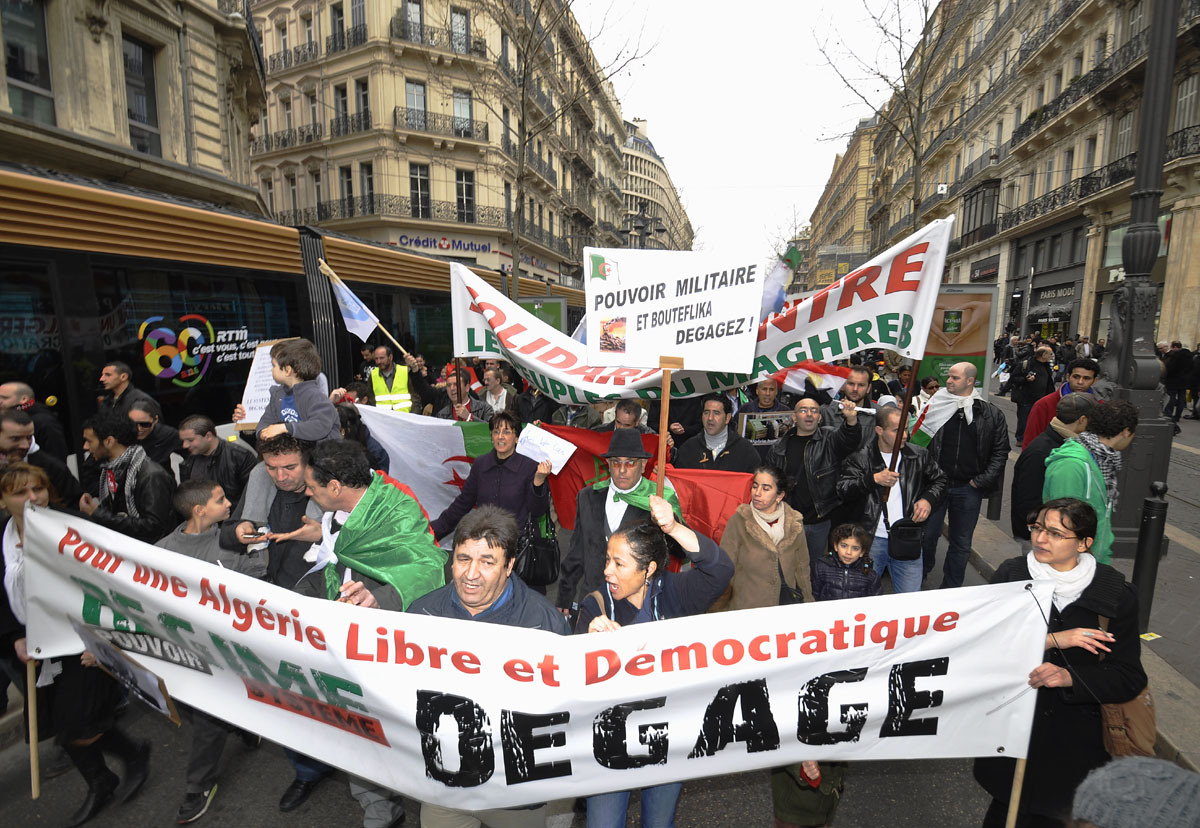 With the ailing Bouteflika increasingly absent from the political scene, talks of his succession and the future transitional period of the country pervades political discourse in Algeria. Uncertainty concerning presidential succession and the resulting consequences of a cabinet reshuffle on Algeria’s political stability are contentious topics amongst the political elite and the civilian population alike. Discussions between cabinet members and within the media concerning potential successors, while thorough, are inconclusive. In fact, names mentioned within political circles have faced, for the most part, opposition from both the media and popular opinion. Ahmed Ouyahiya, Abdelkader Bensalah, Abdelghani Hamel or Said Bouteflika are popular names often thrown around the cabinet as potential successors to the aging patriarch. However, the media and public have often criticized them on grounds of corruption and, in the case of Bensalah, claims denying his Algerian nationality. The emergence of a new contender for succession, interior minister Tayed Belaiz, marks a new development in the dialogue. Cited as close to the Bouteflika family and holding the respect of many senior political officials, he is currently among the most likely successors. However, flaring tensions between Belaiz and other potential “candidates”, namely Hamel, director general of National Security, puts in question the likelihood of a peaceful transition. Conflicts arose last month over differences concerning the management of security forces. Hamel accused Belaiz of impeding on the demands of the police. Many political analysts view the latest tensions as a consequence of the politicians’ aspirations for the presidential succession.

Internal conflicts, like this one, are worrisome considering Algeria’s current political climate. The wave of protests sweeping the country is already an indicator of political and social instability. The strikes occurring in various public sectors, from education to transportation and postal services, signal a discontented working class. Although indicative of a longstanding popular sentiment within Algeria, the latter will be difficult to contain with a transitional government. The popular discontentment with the current ruling class and its lack of organizational power has only been exacerbated by the hold on political life stemming from the prolonged absence of Bouteflika. Nonetheless, Algerians are searching for a democratic government, which would mean a delicate transitional period, perhaps similar to the ones experienced by the countries in the region.

In addition, the previous months have seen a deteriorating relationship between the police order and the state. In fact, the unparalleled display of dissent from the Algerian police indicates internal tensions at a state-level, which could suggest additional upheaval. Political protests from the police order against Hamel are a clear example of the power struggle between the cabinet and other national institutions. Division within the government was clear during the meeting of the Central committee of the FLN, as evidenced by the display of physical force. This could indicate a collapsing order as a result of internal conflict. Claims of internal conflict between the DRS and the presidency over the succession reinforce the assertion of deep-rooted divisions within the ruling elite. In fact, the government has pushed for reforms towards a more transparent DRS and one less involved in political life, in an effort to distance the latter from political power.

These reforms set a framework for a transitional state: one that can witness a struggle for power in the wake of a difficult presidential succession. For its part, the presidency is in the process of reforming military and security doctrines as well as revising its foreign policy, in an effort to maintain stability while paving the way for transitioning institutional governance. However, through similar means, supporters of Bouteflika have instated reforms to consolidate power by dismissing or limiting the capabilities of potential opposition members and substantiating the political influence of its allies. After all, Bouteflika’s monopoly of power for the past two decades, while civilizing the state, has also left a void in terms of a consolidated civilian-led political power; leaving the military as the only institution with the capacities and an organizational framework for governance.

The transitional order that will follow the presidential succession will undoubtedly pose challenges to its political legitimacy. In fact, Bouteflika’s ill-advised fourth mandate has already stalled the resolution of pressing issues such as educational, economic and social reforms. The delays brought upon by a transitioning state, post-Bouteflika, will only undermine the country’s already deteriorating political legitimacy. Additionally, the Bouteflika cult of personality pushed by the ruling elite for over a decade has resulted in a society devoid of a sustainable civilian-led framework for politics. Hence, the successor will have to define a new order, which can range from a military-led state to a transitional presidential rule.

With the institution of reforms and revisions of the cabinet, it seems clear that Algeria’s ruling elites are already planning for a period of change following the end of the Bouteflika era. While the possibility of a peaceful and stable transition is still to be determined, the prospects are increasingly low in light of growing internal divisions and popular dissent.