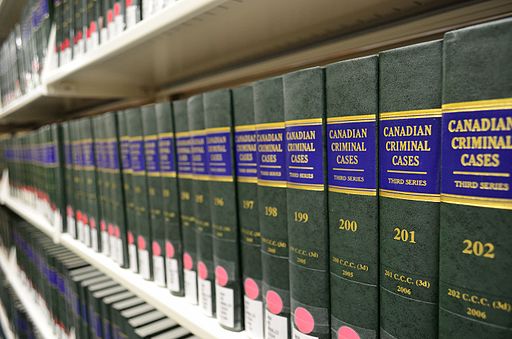 This February, Canadians from coast to coast balked at the announcement of the acquittal of Gerald Stanley, accused of killing 22 year-old Cree man Colten Boushie on his farm in Saskatoon. The case was highly publicized particularly due to the many critiques of the police procedure and trial. Media coverage intensified in March with the announcement that the Crown will not pursue an appeal.

Notably, those witnessing the trial, including members of Boushie’s family, cited that Stanley’s defense counsel was able to remove all visibly Indigenous people from the jury during the jury selection process.

“It was really difficult to sit there today, and watch every single visible Indigenous person be challenged by the defence,” said Boushie’s cousin, Jade Tootoosis to reporters outside the courtroom.

It was possible to challenge all visibly Indigenous jurors because of a legal mechanism called a peremptory challenge. The outcome of the Boushie case placed pressure on the federal government to take action against the use of peremptory challenges to remove non-white people from juries.

Bill C-75 has just completed its first reading in the House of Commons, and contains an array of amendments to the Criminal Code and the Youth Criminal Justice Act. Arguably the most controversial amendment included in this bill is the abolition of peremptory challenges in courts across Canada.

This is not the first time that changes to peremptory challenges have been discussed. Since the issue of the 1991 Manitoba Aboriginal Justice Report there have been calls to end peremptory jury challenges on the basis of racism. Two forms of the purposeful exclusion of jurors on the basis of Indigeneity were included in the report. Firstly, the report deals with the misuse of peremptory juror challenges, and secondly it deals with the purposeful exclusion of indigenous peoples from juror lists.

Most prominently, the report cites the case of the murder of Helen Better Osborne in The Pas, Manitoba. In this case, the defense counsel used peremptory challenges to remove six Indigenous people called to serve on the jury. This was of note particularly because of the high percentage of Indigenous people in northern Manitoba. Senator Murray Sinclair noted of this case that “none of the people on the jury were Indigenous and yet at the time 70 per cent of the people in northern Manitoba were Indigenous.”

This is also not the only case of accusations of discriminatory use of peremptory juror challenges in Canada. The cases regarding the accusation of Clifford Kokopence of manslaughter (and subsequent appeal) and the murder of J.J. Harper are both well-cited given the use of peremptory juror challenges. In both cases, all visibly Indigenous jurors were removed before the trial. Thus, the Manitoba Aboriginal Justice Report called for the end of peremptory challenges as well as the easement of obstacles for Indigenous people to serve on juries.

There are some who argue the problem of people of a particular racial or ethnic identity being systematically removed from a jury will not be solved with the abolition of peremptory juror challenges. For instance, also in the Manitoba Aboriginal Justice Report are detailed reports of the historic exclusion of Indigenous people from juries. Traditionally, lists of names for jury pools were derived from voter lists, which required Canadian citizenship. Indigenous peoples have faced systemic discrimination and cultural genocide in the name of Canadian citizenship. For example, all Indigenous peoples were barred from voters’ lists and juror pools until 1952, when Indigenous people were first allowed to vote in Canada. The contact methods used for jury selections also continue to discourage Indigenous residents from attending or responding to juror summons, due to remote or untraditional addresses, particularly on reserves.

Yet, some argue the removal of peremptory juror challenges will not fix the root problem, which is that there are not enough Indigenous peoples in jury pools. Brian Pfefferle and Aaron Fox, prominent lawyers from Saskatoon and Regina respectively, have both come out in opposition to the abolition of peremptory juror challenges. Fox stipulates that there is a “legitimate concern” when a lawyer can not remove a juror based on evidence a lawyer cannot produce, in such cases as hateful or racist comments online.

Constitutional and criminal lawyer Nader R. Hasan argues in the Toronto Star that peremptory juror challenges are even regularly used by the defense to produce a more diverse jury than can be randomly selected through the juror pool. According to Hasan, his experience in court has seen the peremptory juror challenges be used to remove majority demographics in favour of diversity in a jury.

Still, many lawyers and particularly Indigenous groups are in favour of Bill C-75, and the abolition of peremptory juror challenges.

“Peremptory challenges just are really asking lawyers to rely on their stereotypes about the person they see,” said Jonathan Rudin with Aboriginal Legal Services in Toronto. At the beginning of Stanley’s trial, the Federation of Sovereign Indigenous Nations called on the federal government to require all juries to include First Nations representation.

Murray Sinclair, Manitoba’s first Indigenous judge and now senator, co-chaired the Manitoba Indigenous Justice Inquiry and has been very vocal about his support for Bill C-75. “Without Indigenous people on the jury, how will [non-Indigenous Canadians] understand?” he wrote on Twitter, a few weeks after the Gerald Stanley verdict.