The Petrodollar Regime is Crumbling, but How Will the U.S. Economy React? 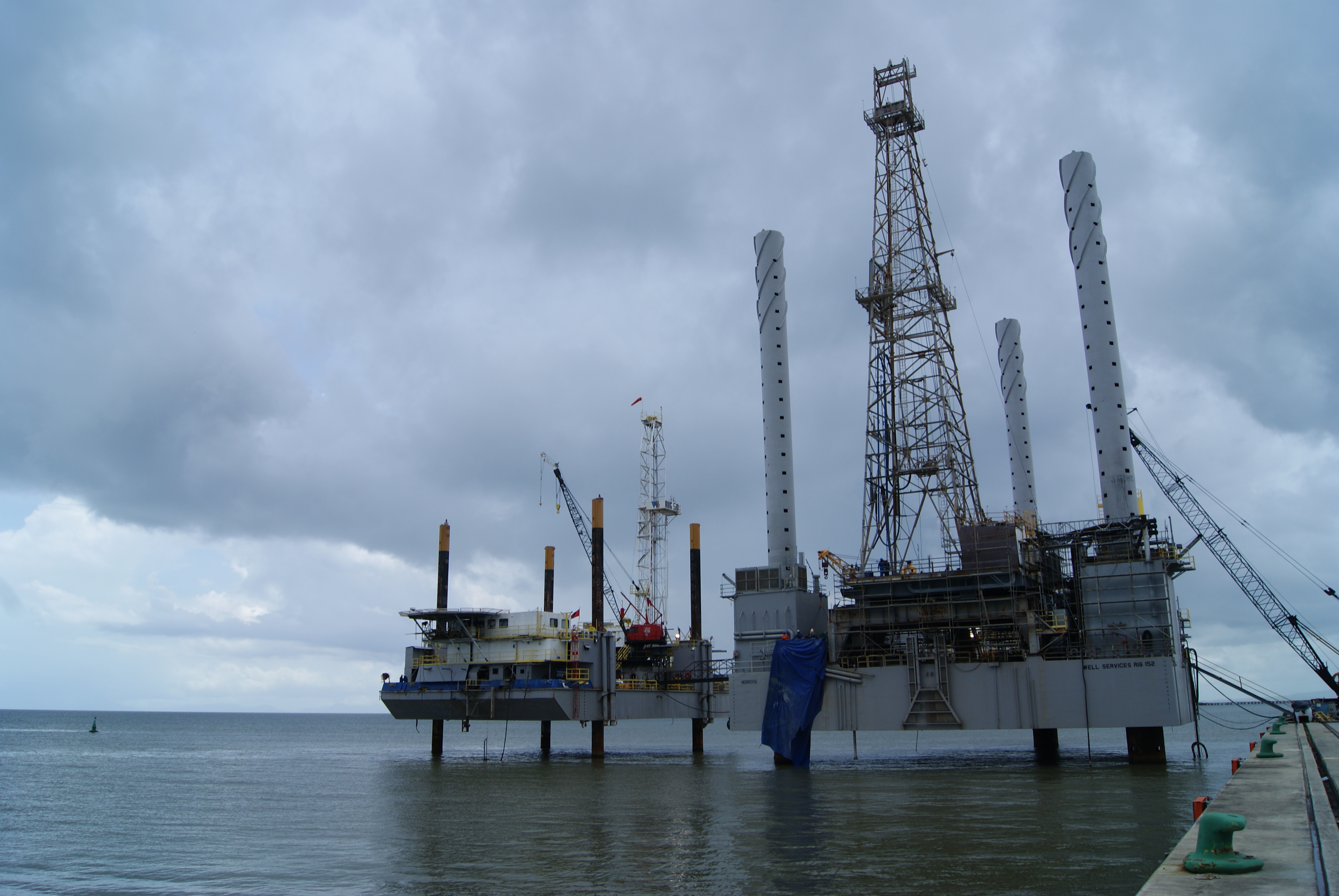 The global energy market is undergoing a rapid transformation in favour of unconventionally-sourced oil and renewables. With this transformation comes a change in relations between the globe’s largest oil consumer and the globe’s largest oil exporter, the United States (U.S.) and Saudi Arabia, respectively. Central to discussions concerning the future of the U.S.’s position in the global energy market is the fate of the petrodollar agreement constructed by the U.S. and Saudi Arabia in 1973. The agreement made Saudi petrodollars a significant stream of finance for the U.S. economy, and its upkeep is an important political-economic tool in neutralizing Saudi Arabia’s use of oil as an economic weapon while alleviating concerns over U.S. energy security. The changing landscape of the global energy market points to a de-facto end of the U.S.-Saudi petrodollar agreement.  The U.S. is, however, actively becoming a major exporter of energy for the first time since the 1960s. A strong domestic energy sector with a high priority of exporting will allow for a smooth transition away from the petrodollar regime as energy exports replace the capital inflows from Saudi treasury purchases and uphold the global demand for USD, rooted in energy needs. In addition, it will provide domestic energy security, one of the major premises of the 1973 petrodollar agreement. As such, the fall of the petrodollar agreement will neither threaten nor cripple the U.S. economy in any major way.

The 1973 petrodollar agreement, made between the U.S. and Saudi Arabia amidst the OPEC oil embargo, stipulated that Saudi Arabia would sell its oil exclusively in USD and invest its excess oil profits in U.S. treasuries, while the U.S. would provide military aid for Saudi Arabia and act as the Kingdom’s military supplier. This arrangement with Saudi Arabia achieved key economic objectives for the U.S. regarding energy security and U.S. economic hegemony through the USD’s role as the global currency.

The agreement spurred an economic allegiance between the U.S. and Saudi Arabia and ensured that Saudi Arabia’s decisions in the oil market would align with U.S. economic goals. This weakened Saudi Arabia’s ability to utilize its market power in the energy sector as an economic weapon, as it did in the early 1970s, while strengthening energy security for the U.S.

Furthermore, the agreement alleviated economic pressures that could have resulted from the U.S.’s departure from the gold standard in 1971 under Nixon’s presidency. Fear of hyperinflation was widespread by the late 1960s as the U.S. Treasury found itself strapped for gold, and the future of the USD’s role as the global currency under the Bretton Woods system was in jeopardy. The Petrodollar agreement helped to re-legitimize the USD as the global currency as it pegged dollars to oil, replacing the gold standard. Also to the benefit of the USD, energy-dense oil, unlike gold, holds inherent value for an economy as an energy stock, and the value of oil sitting beneath the sands of the Arabian Gulf is seemingly endless.

Moreover, Saudi purchases of U.S. treasuries with its oil profits ensures a reliable monetary inflow for the U.S., funded by the largest supplier of the largest economic sector in the globe, the energy sector.

Immensely important in the discussion of the petrodollar agreement was the insistence that the purchase of U.S. treasuries be kept confidential under the agreement. Speculation over the extent and the importance of Saudis’ U.S. treasury holdings has since become a contentious topic in discussions of the U.S. economy and the global energy market. Promising leads on the subject emerged last year. Until mid-2016, the U.S. Treasury omitted individual treasury holdings for the OPEC nations in their annual reports, opting to lump the primary oil-exporters into a single sim, unlike reports for all other nations. Under a claim on the Freedom of Information Act in May of 2016, the U.S. was forced to disclose the individual treasury holdings of the OPEC members. The disclosure revealed a relatively modest holding of $116 billion by Saudi Arabia (modest in relation to China’s holdings of $1.3 trillion), far lower than most estimates. However, many speculate that a large portion of Saudis’ holdings are funnelled through offshore banks, detaching the trace to Saudi Arabia. These claims have been given legitimacy through revelations from the Panama Papers leaks in early 2016, which revealed extensive offshore banking activity from Saudi Arabia, particularly through the British Virgin Islands, Panama, and the Bahamas. Saudi officials, on the other hand, have claimed holdings of over $750 billion, although the White House has called this a bluff.

While the truth likely lies somewhere in the middle, the incredible oil revenues flowing into Saudi Arabia since the petrodollar agreement would suggest something closer to Saudi Arabia’s claims than the White House’s. In 1973, before the oil price surges from the OPEC embargo, Saudi Arabia raked in $25 billion in revenues. In 1974, the year after the petrodollar agreement, this number jumped to $112 billion, and beyond in the subsequent decades. To put this into perspective, $112 billion in 1974 is equal to $548 billion in 2016 dollars, almost half of the value of China’s current treasury holdings. It remains uncertain how much of Saudi Arabia’s oil revenues are allocated to operating costs and fiscal expenditures. In early October of last year, Saudi Arabia announced that its 5% stake in state-owned Aramco, the largest oil firm on the planet and likely the most valuable firm of any kind in the world, will go public as early as 2018. This will expose the firm to independent audits and give an estimate of the oil producer’s net valuation, which may give more leads on the value of U.S. treasuries Saudi Arabia holds. If it is the case that Saudi’s treasury holdings is closer to $750 billion than the White House’s claim of only $116 billion, then it stands to reason that Saudi oil profits are an important stream of finance for the U.S. economy, because of this petrodollar agreement.

Considering the renewable energy and unconventional oil explosion in recent years, one is left to wonder how much longer the petrodollar regime will last and what impact its end will have on the U.S. economy. In mid-December 2016, the US announced a suspension on its arms deals with Saudi Arabia over their support for the Yemeni Government in Yemen’s ongoing civil war. While previous news of deteriorating U.S.-Saudi relations had centred around Saudi Arabia’s threats to dump their U.S. treasuries in response to the Justice Against Sponsors of Terrorism Act (dubbed “the 9/11 bill”), which mostly involved posturing and empty threats from both parties, the U.S.’s suspension of its arms supplies to Saudi Arabia marks a tangible blow to the future of the petrodollar agreement.

Furthermore, recent trade deals between Russia and China have made Russia the premier oil-supplier for China, toppling Saudi Arabia’s long-held position in another hit to the petrodollar regime. Saudi Arabia’s future as the dominant energy exporter is also under question as the nation observes unprecedented fiscal deficits, despite sustained revenues from oil. This raises questions over the amount of commercially-viable oil that Saudi Arabia even has left in its reserves, as well as its ability to compete with unconventional oil suppliers in the future. Considering these factors, the petrodollar agreement in its current form appears to be crumbling.

Will the fall of the petrodollar agreement drastically drag down the U.S. economy and re-expose the country to energy security risks? Recent developments in the U.S.’s energy sector, orchestrated by the White House, say no. U.S. petroleum exports have exploded over the past 2 years, due in large part to heavy investments in unconventional oil (shale and offshore). In the first half of 2016, the U.S. exported 10 times the amount of crude oil it exported in the first half of 2015. Of course, natural gas is another pathway to energy production that is high on the White House’s agenda, as well as renewable energy, with annual solar installations almost doubling this past year. It seems the U.S. is actively preparing to be a net exporter of energy in the near future, with some projecting the shift to occur as early as 2020. The time may come sooner rather than later if President Donald Trump follows through with promises to deregulate the energy sector and invest heavily in coal and fossil fuels during his presidency.

A net energy-exporting future for the U.S. will replace the monetary inflow from Saudi’s U.S. treasury investments of its oil profits, as well as prop up a healthy demand for USD that will help to maintain the stability of the currency. A strong domestic energy sector will also alleviate U.S. concerns over energy security, as it will no longer be reliant on energy imports. These mechanisms will mediate a smooth transition away from the petrodollar regime as well as an end to the economically-driven diplomatic ties between Saudi Arabia and the U.S.