Plastic Policy: An Overview of the Global Plastic Pollution Problem and Kenya’s Answer 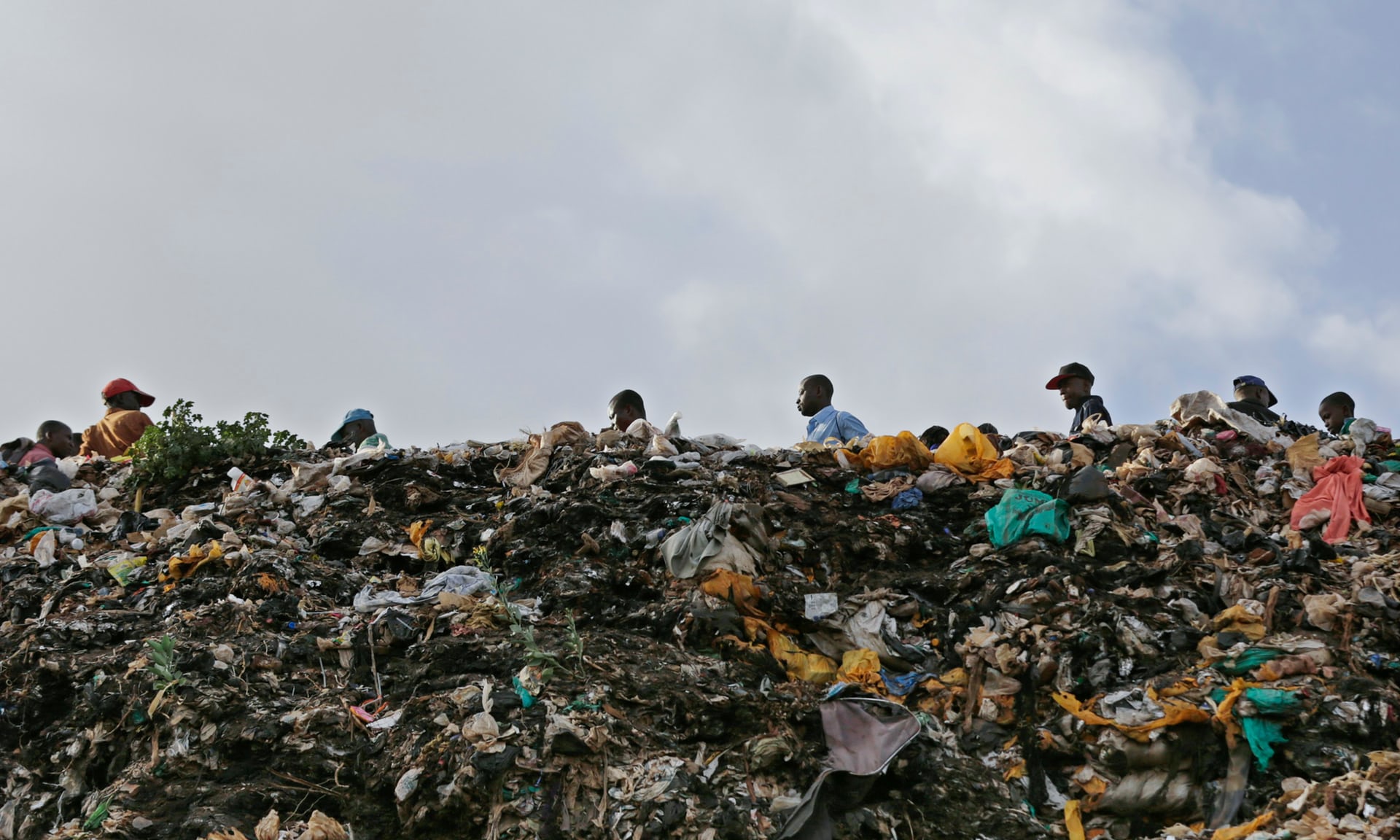 In Rachel Carson’s book, Under the Sea Wind, she poignantly describes the beauty of living on a planet as singular as our own: “To stand at the edge of the sea, to sense the ebb and flow of the tides, to feel the breath of a mist moving over the great salt marsh, to watch the flight of shore birds that have swept up and down the surf lines of the continents for untold thousands of years, to see the running of the old eels and the young shad to the sea, is to have knowledge of things that are as nearly eternal as any earthly life can be.” [1]

The book was not as popular as her later, more famous exposé on pesticides and their harmful effects on the environment. Yet for anyone who has ever taken a serious interest in the relationship between nature and humanity, the statement evokes strong feelings of idyll simplicity. Indeed, in Rachel Carson’s own words: “Those who contemplate the beauty of the earth find reserves of strength that will endure as long as life lasts.” [2] Nature is eternal and bountiful and we are its heirs. However, the reality we are faced with today and are familiar with includes another entity not seen in the traditional nature writing, an entity in our planetary web of life: plastic. The production of plastics in the modern world has been rising steadily since the mid-20th century. So ubiquitous are they in our lives, plastics exist in an enormous range of commercial products, usurping many other materials that were once commonly used.

Most plastics are synthetic organic polymers derived from petroleum: vast chains of carbon-based units repeated thousands of times over. As such, their molecules can grow to be quite large, resulting in slow rates of decomposition and thus making them as ‘nearly eternal’ as the natural beauty of Rachel Carson’s vision. Indeed, now the waters that flood and ebb and wash over our feet contain the floating empty bottles of ‘natural’ spring water, the shorebirds grounded and strangled in plastic beer can rings, the eels and shads swimming among polystyrene cups and food wrappers. Our toxic love-hate relationship with plastic means that while we depend on it for a lot, it slowly kills us and our planet, and like all toxic relationships, the ending will not be pretty. In response, countries have moved to more radical measures to combat plastic’s slow deluge of our ecosystem, and they couldn’t have done it sooner. Kenya’s recent ban on single-use plastic bags is a landmark decision for a country embroiled in the debate for decades — with time, if enforced properly, the ban will prompt communities to move towards more sustainable practices in the long run.

Many have voiced their concern over the environmental effects of plastic over the years. Of the several billion metric tons produced, less than 10% have been estimated to have been recycled. The rest were either incinerated (which spurs its own environmental concerns) or dumped into landfills, or worse, into the ocean, where photodegradation accelerates the breakdown into smaller pieces. The plastics float together as a massive gyre of debris, suffocating marine life and finding their way into animals’ digestive systems. In this way, plastic can also work its way into the human food chain. The criticality of this issue is not overlooked: this year, the United Nations Environment Programme (UNEP) launched a new #CleanSeas campaign to combat marine litter and its harmful effects on marine life. This campaign is targeted at finding solutions to reduce the amount of plastic in the ocean, primarily through means of addressing global plastic production and consumption levels.

Apart from plastic’s presence in the ecosystem, many scientists have sought to understand the toxicity effects of plastic, especially microplastic, on humans, a question that is quite difficult to answer. A recent report has claimed that 83% of tap water samples around the globe were polluted with plastic microfibres, materials which come from synthetic clothing, tire dust, paints, and other secondary sources. Another yet has found that sea salt is also contaminated with microplastic pollution. The plastic is present: of that, there is no doubt. The effects, however, are much more difficult to quantify. Human populations are exposed to a wide range of environmental chemicals throughout their lifetimes: from pesticides to car emissions, plastic is just one of many pollutants that enter our bodies. Because of this, it is hard to conclusively assert that exposure to plastics, either by inhalation or ingestion, has a noticeable effect on human health.

What can be done to solve this seemingly unsolvable disaster? Plastics are everywhere: no one will deny the many improvements they have delivered in daily human lives. Yet we have become so dependent on them that we have entrapped ourselves in a plastic prison, where the key to our escape is not yet clear. A solution will likely involve a combination of changing personal consumption habits and sweeping policy changes. Daily reduction in the use of plastics, recycling, and wearing less synthetic clothing are ways an individual may contribute. At the municipal level, solutions that have been proposed come in many forms, often tailored to the specific region’s needs: recycling programs that incentivize citizen engagement; taxing or banning single-use products like plastic bags, straws, and cups; banning microbeads used in cosmetics; and regulating production, thus controlling the source of the plastic before it has any chance to enter the ocean.

The difficulty with the latter is implementation. The plastic industry props up the oil industry. According to the International Energy Agency, approximately 5 million barrels a day are directed to the use of petrochemicals. The market is huge: it is unlikely that demand will go away anytime soon. Personal habits are hard to curb. Large-scale regulation may provide the jump-start needed to provide long-term changes in attitudes towards plastics and their place in our society. Some industries have already internally identified the need for sustainable resource management and have begun to call for a ‘circular economy’ with regards to plastic, where material flows in a cycle rather than a linear supply chain. Words are only words: what is needed now is action — Governments (and ideally, industries) working in tandem to develop positive, long-term strategies for addressing global plastic pollution in a similar framework to UNEP’s #CleanSeas campaign.

To attack plastic at its source, some countries have taken harder stances against manufacturers and sellers. Kenya recently banned plastic bags entirely with punishments up to four years in prison or $40000 USD in fines. While the UNEP has commended Kenya’s action, pointing to the need to reduce the estimated use of 24 million plastic bags used each month, manufacturers have challenged the decision, stating that they were not consulted on the regulation and that the law will affect the thousands of personnel employed nationwide by plastic bag manufacturers. An official from the National Environment Management Authority (NEMA) responded by saying that the 176 plastic-making companies can maintain employability by switching to manufacturing non-plastic bags.

This is the challenge with regulation: backlash and resistance from industry slow progress. Indeed, this is the country’s third attempt to pass legislation on plastic bags, and it comes after many years of legislative conflict and consultation. In Kenya, as in other African countries, plastic that does not end up in landfills often ends up in the streets where it poses serious threats: it can block water infrastructure and cause seasonal flooding, hold pools of water for malarial mosquitoes to breed in, and fill the stomachs of livestock which graze on them. Though the efficacy of such hard-line environmental regulation has yet to be proven, Kenya is not the first country to propose a limit or ban to plastic bags in Africa. Across the world, 40 countries have implemented or are planning to implement bans or limits on plastic bags, some with remarkable effects: in the UK alone, a five pence charge on plastic bags resulted in an 85% drop in use over six months.

Adaptation is a key element. Since the ban, Packaging Industries Ltd. has announced conversations with the government over the use of biodegradable polythene bags. Lobbyists approve of alternative bag sources and have called on the government to subsidize this effort by removing taxes on such products. This might be a good start to a solution, the aforementioned collaboration between government and industry to reduce national plastic use. The risk, however, is the politician’s appetite to please, leading to a milquetoast compromise masked as a progressive agenda. Drastic policies such as Kenya’s are needed, but they must not be rushed without consideration to possible unforeseen consequences. Indeed, if the country were to move to the use of thicker, reusable bags made from polythene or fabric, there are no existing frameworks in place to ensure that these products are effectively reused. Their waste could lead to even more environmental problems down the road if not properly managed. Moreover, existing plastic bags can and should be recycled and turned into new products, thereby providing valuable jobs in green manufacturing.

In short, the long-term effect of the policy remains to be seen. Limiting the production of single-use plastics seems a sensible proposition, but their rather pervasive nature in our society means that without small-scale interruption of plastic in our lives, large-scale regulation is not likely to be effective. Governments such as Kenya’s should continue to monitor the situation and assess the efficacy of their policy at a later date, making amendments where needed. Education and product redesign offer a more promising future. Re-thinking the plastic paradigm means reshaping lives of billions of people. Grassroots movements have their place, but sizable impact requires that coordinated standards be set and enforced globally.