Poland: One Foot Out the EU’s Door 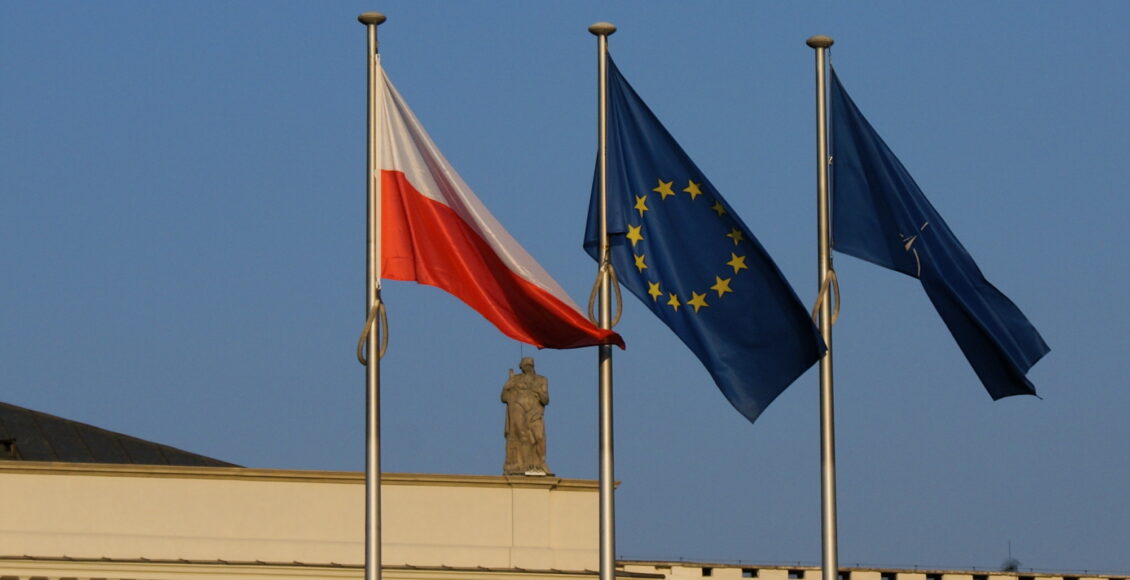 Since Poland’s ruling Law and Justice (PiS) party came to power in 2015, the country has been increasingly at odds with the European Union (EU). PiS, a right-wing nationalist party, has made no secret of its discontent with what it sees as the imposition of “liberal EU laws” as they generally have primacy over national legislation. The conflict has finally come to a head after Poland’s top court, the Constitutional Tribunal, declared in a recent ruling that some EU treaty articles are incompatible with the Polish constitution and that the latter document holds supremacy. This ruling directly challenges the legal foundations of the European Union, raising concerns about the future of Poland in the EU and a possible “Polexit.”

The rungs of an escalating conflict

Understanding Poland’s legal conflict with the EU requires an examination of just how often and regularly the country has gone against the EU’s liberal ideals. One of the prominent policy areas where Poland clashes with the EU is LGBTQ+ rights (which the PiS opposes). Poland is a predominantly Catholic country and sees itself as an advocate for “traditional” heteronormative “family values.” Its 1997 constitution even states that marriage is “a union of a man and a woman.” For example, President Andrzej Duda called the promotion of LGBTQ+ rights an “ideology” even more “destructive” than communism during his reelection campaign in June 2020. In March 2021, the government introduced a new law that would prevent people in same-sex couples from adopting children, closing a loophole that had enabled LGBTQ+ individuals to adopt as “single parents.”

Historically, Polish judges have been nominated by the National Judicial Council (NCJ), a body meant to safeguard the judiciary’s independence. The majority of the judges on the Council were selected by their peers. However, in 2018, the PiS transferred the power of electing most NCJ judges to the lower house of parliament, which it controlled. In December 2019, the government further tightened its grip on the judiciary by proposing a law that would prohibit judges from engaging in “political activity” and question the appointment of other judges. Those who did so would be issued fines and could also be dismissed. The law prompted the Supreme Court to release a statement saying that the PiS was undermining the primacy of EU law, and that “Contradictions between Polish and EU law…. will in all likelihood lead to an intervention by EU institutions regarding an infringement of EU treaties, and in the longer run [will lead to] the need to leave the European Union.”

Media discussions about Polexit raise the question: did Poland’s membership in the EU come with an expiration date? Poland, like other Central and Eastern European nations, was under Soviet rule for almost five decades post-WWII. Under centrally planned economies, these countries developed much slower than their Western, capitalist counterparts. Therefore, when Poland applied to join the EU in 1994, it was economically and politically weaker than most existing members. It came to the negotiating table at a clear disadvantage: it was Poland that needed the EU for prosperity and progress, and so it would have to concede to the EU’s accession requirements. It took Poland a decade to satisfy those demands. However, Poland is no longer as vulnerable; Between 1989 and 2018, its GDP per capita increased by almost 150 per cent. By 2018, the average level of income in Poland exceeded two-thirds of the Eurozone, its highest level on record.

Yet, Poland continues to reap the benefits of EU membership. Intra-EU trade accounts for 80 per cent of Polish exports according to figures from 2018. In that same year, Poland received €16.350 billion in yearly funding from the EU, equivalent to 3.43 per cent per cent of the Polish economy. But the progress seems to have made Poland more willing to “take on” what it sees as the authoritative tendencies of the EU towards it, disregarding the fact that upon joining the EU it became legally obligated to follow its laws. This dissent is not without cost. With this challenge to the primacy of EU law, Poland has risked €57 billion in EU COVID recovery funds.

The likelihood of Polexit happening is very low. While we do have a precedent in the form of Brexit, Poland’s situation is very different from that of the United Kingdom (UK). Brexit was undoubtedly an extremely convoluted process, and it’s still too soon to tell how successful it will be in delivering its promises. The COVID pandemic has only exacerbated the uncertainty. However, the UK has certain strengths that Poland does not have. First, the UK is a much more powerful international player than Poland. It has a history of shared power with other strong and influential nations. Poland lacks this connection. Second, while Poland’s economy has grown exponentially in the 21st century, it is still much below the UK’s. Poland ranks 23rd in the world on the basis of GDP while the UK ranks 5th. This means that Poland’s economy would be less capable of handling the resulting shocks of a Polexit. Third, and perhaps most importantly, the overwhelming majority of Polish people do not want to leave the EU, whereas the majority (52 per cent) of the UK population voted in favour of leaving.

Theories: what happens next?

The eventual likelihood of ‘Polexit’ evokes a theory of path dependency. This theory analyzes institutions’ capacity to change while keeping their historical contexts in mind. It holds that institutions are more likely to continue down their historical path rather than bring in sustainable, long-term change. Poland’s conflict with the EU has escalated under the illiberal and increasingly authoritarian PiS. According to path dependency theory, Poland could never have sustained democracy long-term and would have eventually back-slided (like it has). This backsliding, in turn, would lead to conflicts with the EU as their values and ideals clash, especially those related to civic freedom and human rights.

Right now, Poland seems to be engaging in brinkmanship. In political science, brinkmanship is a strategy that involves raising the stakes so high that regardless of which side engages first, both will lose, leading to mutually assured destruction. The only way to de-escalate is for someone to concede; otherwise, both sides have to keep on escalating the conflict. Eventually, though, the players must ensure that they are willing to deliver on their promised threats. Poland has issued the highest challenge yet, and now it is time for the EU to respond.

Featured Image: “Poland and the European Union,” by Alex.ch, is licensed under CC BY-NC 2.0.