Political Correctness is Not the Enemy 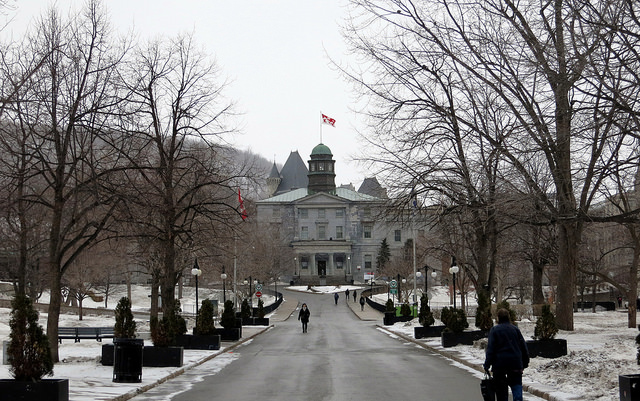 Vilified versus idealized political correctness: the toxic dichotomous debate that has monopolized the current public political scene. Often associated with a left-wing and liberal agenda led by millennials, the conversation around political correctness (PC) has not only lost its value but also, most importantly, its focus. Through the homogenization of its conversation on a simultaneously institutional and global scale, criticisms lack a serious understanding of what political correctness is and its varying forms that are dependent on differing settings.

Political correctness has aims to hold people accountable for the words they use and things they say. Its aim is to maintain awareness and the consequence of this is the creation of spaces “avoiding utterances and actions that can marginalize or offend certain groups of people.” It is understanding that different terms hold historic and un-ignorable connotations that impact people in multifarious ways. From trigger warnings in classrooms, to safe spaces in workplaces, and even to the general recognition of microagressions in everyday life, political correctness offers validation and understanding while promoting hyper-awareness. There are problems within any movement, this movement included. However, by making general statements such as “political correctness will be the downfall of democracy” or “you can’t just run to safe spaces in life,” people overly generalize political correctness and overlook the great value it can hold in various domains.

The question of political correctness has sadly been over-politicized to the point of being counter-productive on both sides of the spectrum. The left has been taught to vilify any criticisms and the right has been taught that political correctness is an inherently elitist evil that lies at the root of every current issue. The polarized split has led to the politicizing of the topic, which has in turn made the ongoing debate unproductive to the point of redundancy. Most arguments seem to be reduced to a left versus right narrative rather than an objective examination of the politically correct phenomenon.

The current overgeneralization of the PC movement is flawed in two ways. First, political correctness plays a different role in different institutions. When presenting a case against the movement, one should avoid the assumption that all criticisms apply to every institution. Political correctness does not hold the same role in a university residence as it does in classrooms or politics and so forth. Being politically correct in accordance to history is relatively new. It has already evolved in recent years and will continue to do so. To claim that political correctness will be the downfall to democracy is as valuable as claiming it is perfect. There are legitimate praises and criticisms to make on the subject, but to apply them to all relevant institutions is fundamentally flawed.

Secondly, the conversation has been homogenized on a global level. Political correctness is often shown as having the same shape, role, and value in all countries and is thus praised and criticized under this assumption. Every country has its distinctive history and culture that makes it its own. For instance, the idea of land recognitions on North American soil makes sense with regards to its history, whereas land recognitions in a country such as Romania would not. Therefore, if one deems something acceptable or unacceptable in one country, it does not mean that it will have the same effect in every country. When discussing political correctness one must be aware of these underlying differences.

Political correctness, like all movements, has values and flaws; however, as we leave the tumultuous year of 2016 behind and continue into 2017, we must work to redefine the guidelines of the ongoing debate regarding political correctness. By first understanding what political correctness and its varying forms truly are, by secondly focusing arguments to appropriate forms in different institutions, and by finally moving away from the stigmatized politicization of the topic, we can then finally enter into productive debates with fruitful outcomes.