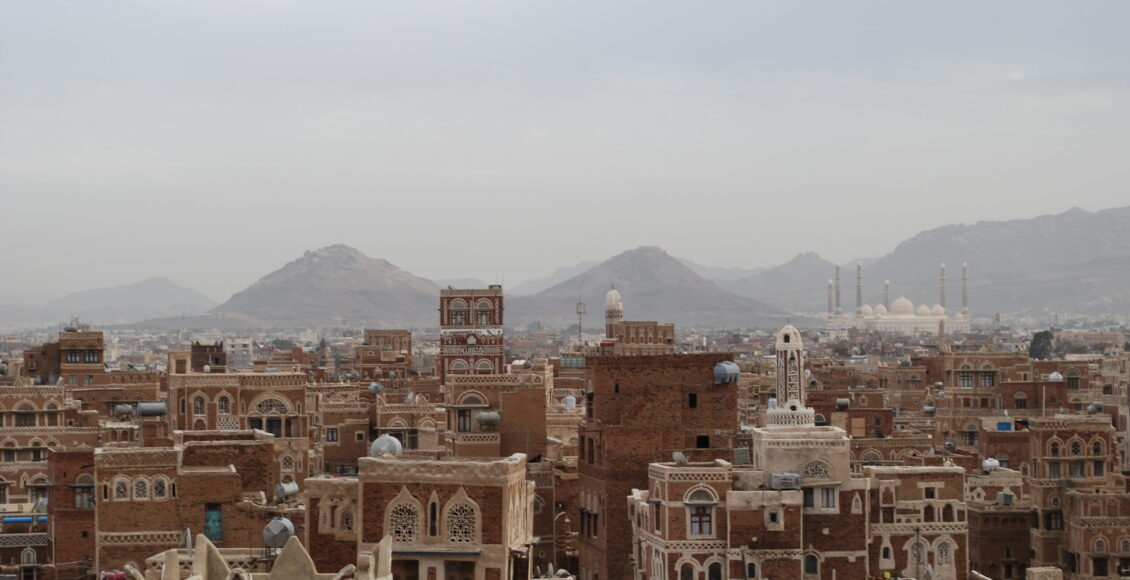 Between the hands of local and international forces, the Yemeni civil war is subject to the decisions of the many actors involved, not all of which have proven effective. In response to the spread of COVID-19 in Yemen this year, Canada pledged $40 million to missions organized through the United Nations. The pledge was motivated by a conference co-hosted by the UN and Saudi Arabia in June, in order to address Yemen’s humanitarian crisis, prolonged by the civil war and the pandemic. However, since the summer, the UN Human Rights Council (UNHRC) has implicated Canada as one of several countries perpetuating the civil conflict through its continued arms deals with Saudi Arabia, one of the war’s major players. As negotiations between Yemen, their allies, and the UN continue, the Security Council’s investigation into Canada’s role in the war reveals the limitations of Canadian foreign aid, and how it may only be superficially helpful.

The current civil war in Yemen grew from the transition of power between President Ali Abdullah Saleh and his deputy, Abdrabbuh Mansour Hadi, during the Arab Spring of 2011. Hadi has faced criticism for seeking alliances with surrounding Gulf states like the UAE, in contrast to Saleh, who primarily sought the economic advancement of Yemeni elites within the nation. Unsatisfied with this new leadership, the Houthi tribe, supported by disenfranchised citizens and those loyal to Saleh, sparked war with Yemeni leaders in the demand for Islamic governance that aligned with the tribe’s Shiite sect.

In 2015, Houthi forces prompted Hadi to flee the country and seek refuge in Saudi Arabia. In response to the escalating violence, Saudi military forces retaliated against the Houthis and claimed control of the city of Al Ghaydah on Hadi’s behalf. This intervention, an attempt to end the war by establishing Hadi’s government, has made Saudi Arabia a major player in the conflict: to date, 60 per cent of airstrikes in Yemen have been enacted by Saudi forces, harming over 18,400 civilians. Despite this, Saudi Arabia continues to offer aid to the Yemeni people, in hopes of strengthening ties with the Hadi government. In doing so, it utilizes both sides of the conflict to reap the benefits of its end, not unlike Western nations which have also involved themselves from a distance. Canada specifically has a history of using Middle Eastern conflicts to improve its international image, as was the case during the Arab Spring, the catalyst for the Yemeni civil war.

In response to an array of pro-democracy demonstrations across the Middle East and North Africa in 2011, Canada under the Harper administration froze the assets of authoritarian leaders from Egypt, Tunisia, Syria, and Libya. The Department of Foreign Affairs sanctioned the freeze as a show of support for nations battling for better government, however only part of the $4.3 billion in frozen assets were publicly accounted for. This policy seemingly demonstrated Canada’s willingness to quickly cut ties with Middle Eastern leaders in the name of democracy, establishing Canadian influence in the Middle East as an area of foreign policy that could potentially be strengthened for increased recognition on the world stage.

Following the Arab Spring, Prime Minister Trudeau pledged to strengthen foreign relations during his first term, with a focus on peacekeeping in order to “maximize positive impact” in the Middle East. In 2017, Canada held a UN Peacekeeping Defence Ministerial conference in Vancouver, seeking to reclaim the influential image established by Pearson in 1956. Following the conference, Canada was set to deploy 600 peacekeepers throughout regions of conflict, however in February 2020, this contribution reached an all-time low, with only 46 Canadians active in international service.

This pattern of false commitment extends to Canada’s economic involvement in the Yemeni civil war. Since 2015, Canada has allocated $220 million to UN humanitarian missions in Yemen, while simultaneously maintaining arms deals with Saudi Arabia. Earlier this year, a report by the UNHRC assessed that Canadian arms transfers play a part in feeding the war in Yemen. While such deals have supported thousands of Ontarian jobs, the Saudi government has provided few specifics to Canadian suppliers regarding where or how this military equipment is being used. In April, Foreign Affairs Minister François-Philippe Champagne announced that Canadian agreements with Saudi Arabia had been renegotiated, but that issues of transparency remained. In 2019, the Canadian departments of International Trade and Foreign Affairs acknowledged Saudi Arabia’s “problematic” record in human rights investigations, but maintained that Canadian arms exports could not be tied to any human rights violations enacted by the Saudi government.

As the Yemeni civil war continues, the UNHRC has also found that foreign aid does not necessarily reach citizens. The Houthi authorities have obstructed access to foreign aid and healthcare for civilians, including the use of protective equipment in the wake of COVID-19, instead demanding the materials for themselves. In response, Western nations have repealed their funding of UN humanitarian programs since April, and called back armed forces due to increased danger from the pandemic. The lack of resources has initiated a fuel crisis affecting hospitals and military efforts throughout Yemen, and the growth of Houthi power continues to discourage the intervention of outside forces. For Canada, this means that even if foreign aid could offset the impact of ongoing arms deals, their support has already been rendered ineffective.

Western nations have been involved in the Yemeni civil war since 2012, yet President Hadi’s negotiations with the surrounding nations have yielded the most promising results to date. The Riyadh Agreement, which was renegotiated this spring, originally involved the military forces of Saudi Arabia, the Yemeni secessionist Southern Transitional Council (STC), and the politically recognized Hadi government forming an alliance to establish Hadi’s officials as the only acting powers in the nation. In August, the STC backed out of the deal, which put alliances with the UAE in jeopardy, and furthered the instability of provinces such as Aden. Saudi Arabia is still negotiating with Yemeni leaders, with the intent of ending the war through regional support, rather than the intervention of remote nations through the UN. Should the alliance with Saudi Arabia succeed, the resulting strengthened government would promote financial support from surrounding nations that would benefit directly from social and political improvements in Yemen.

The pandemic initiated an international pullback of resources and support for the Yemeni population. This year, UN aid agencies assessed a shortfall of over $1 billion USD in funds for Yemen, which translated into the closure of approximately half of the country’s hospitals. 80 per cent of the population is in need of humanitarian aid, and 3.8 million people have been displaced from their homes as the war continues. While COVID-19 is a dire concern for the region, this shift in international influences has pushed Yemen to rely on sources of aid with closer ties to the nation itself, including a focus on tribal relations, and mediation between the Hadi leadership, the UAE, Oman, and Saudi Arabia. Ultimately, Canada’s involvement in Yemen is a case study of ineffective Western aid: Canada’s image as a supporter of United Nations humanitarian work directly clashes with Canadian economic agreements, such as arms trade deals with Saudi Arabia. Should Canada seek to improve its relationships in the Middle East, it must first seek to define why its assistance would be more valuable than that of Yemen’s next-door neighbours.