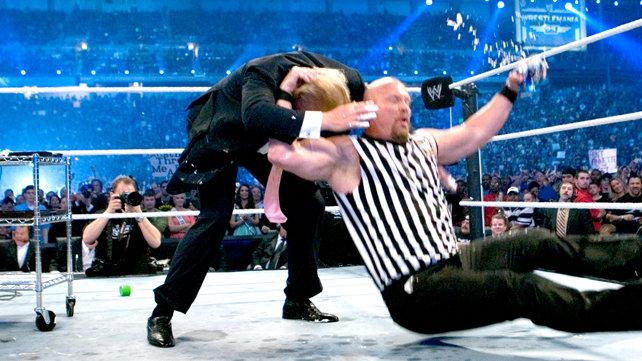 In his seminal Amusing Ourselves to Death the sociologist Neil Postman observed that there were two seminal dystopian novels released in the early 20th century. The first was George Orwell’s 1984. Humankind would be overwhelmed by a trio of totalitarian parties, who would establish a state where secret police, historical revisionism, and abject violence would be omnipresent. The pretext of that novel was that ultimately everything we hate was going to destroy us. The second dystopian masterpiece was Aldous Huxley’s Brave New World.  In it, humankind is overtaken by a benevolent dictatorship which permits rampant use of drugs, sexual liberality, and provides a continuous stream of entertainment. All to keep people distracted, disinterested, and finally unable to even think about the banal authoritarian society in why they lived out interchangeable existences.  The pretext of this novel was that ultimately everything we love all too easily was going to destroy us.  Postman’s warning in Amusing Ourselves to Death was that Huxley may well have been right.

Many contemporary authors have commented on the simultaneous emergence of right wing populism-what I have called post-modern conservatism-and linked it to the growth of hyper-partisanship in the media, across the internet, and so on.  These trends are quite real and exceptionally dangerous, as the one dimensional partisanship shown by individuals across the political spectrum belies a stultifying incapacity to critically reason through complex material. Instead, difficult and challenging social phenomena are flattened by post-modern technologies and hyper-partisanship into easily digestible narratives and slogans which are imposed upon and propagated by democratic communities transformed into what Theodor Adorno called the “masses.” This transition of potentially critically minded democratic communities into masses is the result of a long historical process which included economic, social, and technological transformations of immense significance.  In this essay, I will discuss the last of these to try and showcase how politics in post-modern culture evolved into a form of entertainment, depleting the ability of individuals to critically evaluate facts and norms about political issues.

The Culture Industry and the Rise of New Media

Post-modernism is best understood along two interrelated lines. The first is as an umbrella term applying to a movement in the Western theoretical tradition.  Thinkers such as Jacques Derrida and Michel Foucault posed significant philosophical and linguistic challenges to the claim that human beings could recognize how the world operated with any kind of objective certainty. The second is as an epoch-of a culture-in the history of Western civilization.  It is this second interpretation which I find more convincing, and is what I will be discussing here.

Post-modern culture is defined in part by the surge of media, entertainment, and communications technologies which have emerged in the past century.  The speed with which these transformations take place, and the deliberately immediate and easy way in which we incorporate these new technologies into our daily life, can distract from the impact such changes have.  We have come a very long way since Johannes Gutenberg first printed the Bible in the 1450s. Many now experience a daily existence where they are saturated with information provided by the media and through digital communications, and can readily access a virtually infinite library on the internet.

There are two temptations that must be avoided when understanding this phenomena in post-modern culture. The first is to refrain from thinking that the way we digest information is the same as it ever was; the only difference is we have access to a great deal more of it.  As Marshall McLuhan rightly put it, we must recognize that the “medium is the message.” These post-modern technologies do enable us to better access information. But they also establish a culture where we are so bombarded with it, that there is a constant competition for our attention and concern. This transforms the way in which information is presented. What McLuhan and Postman would call literary or print cultures or societies, where information is presented as long form texts and speeches with ample space and time to present nuance and complexity, gives was to a flattened digital society within the broader post-modern culture.  Information is presented in as accessible and entertaining a way as possible.  This also have consequences for how politics operates.

In Amusing Ourselves to Death Postman observes that television had a transformative effect on politics in the United States. Television encouraged politicians to concern themselves more with the optics of presentation and style than the substance of what they were saying. It also forced them to increasingly compress discussios and observations about massively complicated policy choices into flattened sound bites and slogans that could be readily presented and remembered in 5 minutes on networks like CNN and Fox.  This need to be “catchy” also compelled politicians to further favor being entertaining and memorable over providing substantive information and engaging in genuine debate. And, he warned, this was simply the effect of “new” technologies such as radio and the television.  One can only imagine what he would think in this new world of Twitter, where the President of the United States summarizes the state of the union in a few hundred characters and plenty of hyperbole!!!

Postman follows other great critical theorists such as Theodor Adorno in warning that this flattening of communication, and the tendency to favor entertainment over substance, was having a debilitating effect on society.  These new technologies gradually weaned of us of our capacity and interest in engaging in serious and rational critical analysis.  As literary cultures give way to flattened post-modern culture, we lose our ability to apply concerted analytical attention to complex issues, instead favoring easily digestible entertainment and immediate affect.  The impact of this on politics is to make individuals increasingly attracted to those who offer easy solutions to complex problems, and who can combine political agitation with the entertainment usually associated with spectacle. 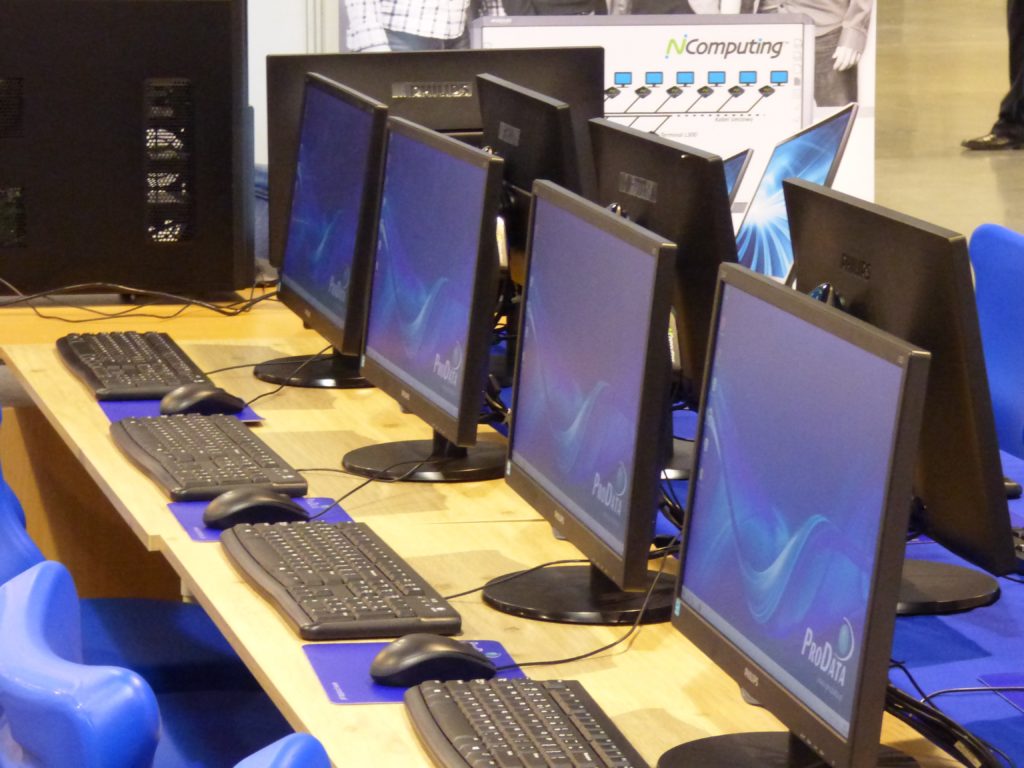 These problems are compounded by the fact that many people are not encouraged to use new technologies to broaden their intellectual horizons. Facebook, Twitter, Youtube and many other new media deploy complex algorithms to ensure that individuals are exposed to an endless circuit of information proffering the same ideological biases. The result is paradoxical: individuals with access to more information than ever before are also increasingly closed off from new sources of information and ideological disagreement.  They operate within what is often called “communication bubbles”: continuously interacting with the same types of individuals and imbibing the same ideological material over and over again. This has the function of transforming them from critically minded individual citizens in a democratic polity into what Adorno called the “masses”-a collectivity concerned with simultaneously seeking out authority and power in another, while wanting to exercise it against those too weak to resist.

Hyper-partisanship thrives in such a post-modern technological environment.  The spectacle of partisanship draws attention and provides distraction for individuals already enclosed within limited communication bubbles propagating the same ideological talking points.  Political positions calcify as individuals are offered endless opportunity to feel outrage and express long repressed forces of aggression against ideological opponents whom one need never see or dialogue with.  The atmosphere starts to more closely approximate a sport’s match, with an endless series of memes and videos discussing how a “Feminist was OWNED” or a “SNOWFLAKE SJW WAS CUCKED.”  The endlessly aggressive and emotional rhetoric belies the growing lack of substance behind any of these perceived victories.  Ironically, the manufactured demand for hyper-partisan spectacle also engenders a greater sense of victimization and resentment. Since the point of politics increasingly becomes to achieve victory over one’s opponents, and not to enact any sincere agenda, the enemy must always return to be destroyed yet again. This demonstrates what Hannah Arendt would characterize as the “impotent bigness” of so many of these hyper-partisan figures reorienting politics as a kind of entertainment. Their endlessly bombastic rhetoric and appeal to “mass” culture belies the weakness and paranoia underpinning their constant need to seek affirmation in the destruction and subsequent resurrection of their political opponents.

No one embodies the new form of politics and entertainment-and therefore the politics of post-modern culture as a whole-better than Donald Trump; a man who literally presided over the WWE “Battle of the Billionaires” wrestling match. Trump himself is the embodiment of what Adorno would call the “great little man” –“a person who suggests both omnipotence and the idea that he is just one of the folks, a plain red-blooded American untainted by material or spiritual wealth.”  His narcissistic demands for attention and power, gutted of any substance, are immensely attractive to an audience weaned in post-modern culture and who seek distraction from its many ambiguities and disappointments.  Trump has not disappointed, delivering a political climate flush with take downs, vulgarity, a hyper-partisan disdain for the truth, and a love of combative identity politics where one’s team is always in combat with another.  He should be interpreted as what he is: a sad and impotent symptom of our post-modern culture who must be understood before he can be defeated.