Political polarization – the vast and growing gap between liberals and conservatives – is a defining feature of American politics. But Congress might be doing a better job of representing the public than voters care to admit.

According to studies by Pew Research, ideological divisions are being increasingly reflected in people’s personal lives, resulting in not just polarized politics, but a divided society where liberals and conservatives increasingly keep apart, living increasingly different lives.

A good representation of this polarization in American society is sex education in the American public school system.

Late last year, the school board members of Omaha, Nebraska had begun contemplating the first update of the school district’s sex education curriculum in three decades. In October, a public meeting ended in chaos after shouting and shoving broke out between the hundreds of supporters and opponents of the update. In January 2016, activists from both sides vented during three hours of public comment. Language on both sides was hostile, with claims of misinformation and accusations of pornography under the guise of education.

Unfortunately, while bickering stagnated the development of sex education, the would-be students have already grown up and many have had to deal with the consequences of no sexual education. According to the Guttmacher Institute, nearly half of U.S. pregnancies are unintended, which is significantly higher than many other developed nations. Unintended pregnancy rates are highest among poor and low-income women, women aged 18–24, cohabiting women, and minority women.

No parent want to talk about sex with their children and no kid want to talk about sex with their parents, but kids have good questions that need even better answers. A New York Times article, had a slide show of questions that kids wrote to a sex educator including: “Is it okay to be gay?” and “Why are there so many mean words about a woman’s body parts?”

Because there is no required standard for sex ed in the United States, the answers to these questions depends on where you live. According to NCSL, the National Conference of State Legislatures, only 22 states and the District of Columbia require public schools to teach sexual education, and only 19 states require that such an education be “medically, factually or technically accurate.”

The fact that “medically 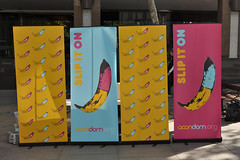 accurate” needed to be an explicit legal requirement is a statement to the condition of sex education in the US. No other academic program would be allowed to consistently fail to prepare students for life after school, but sex and human sexuality, something that people need to know about for the rest of their lives, is repeatedly falling short.

In Mississippi, condom demonstrations are prohibited in a sex education class. In 8 states, there are laws limiting what teachers can say about homosexuality to their students, not to mention other commonly labeled sexualities, alternate lifestyles, and gender identities. Utah even prohibits any instruction in the “intricacies of intercourse”.

In certain districts, the only sex education you may receive is abstinence only. While abstinence is a healthy choice for a person to make, it shouldn’t be the only thing they are taught and many studies even question the efficacy of abstinence centered programs.

According to the CDC, the Centers for Disease Control and Prevention, approximately 18% of females and 17% of males in the US did not receive instruction before the age of 18 on “how to say no to sex”. Around 40% of females and 45% of males did not receive formal instruction on methods of birth control before age 18. The CDC also says that the average age at which people begin having sex is 17 years old. Only teaching kids “don’t do it”, is neither practical nor safe.

In some cases, receiving sex education is worse than not receiving it. 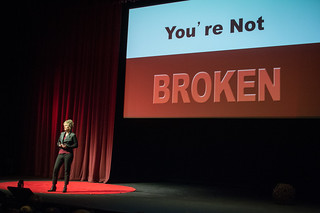 Many programs, particularly abstinence centered programs, end up spreading the idea that sex is something which devalues those who’ve had it, particularly women. They end up telling teens that sex makes them dirty and perpetuate the spread of harmful, shame-based attitudes.

Abstinence heavy messages also end up spreading ambiguity when it comes to what is and is not consent. As they spend all their time on the importance of saying no, that they don’t help students to recognize enthusiastic and fully-informed consent. Worse, they may suggest that consent is all one party’s responsibility or it is something that a person needs to be “convinced” to give. Allowing teenagers to graduate high school without a full understanding of consent is to aid and abet a culture of normalizing, pressuring and coercing someone into sex – normalizing the idea that to get sex you need to keep asking until they change their mind.

Sex education can do so much good when done well but when done poorly it can do lasting harm.

Peggy Orenstein of the New York Times, recently wrote a great piece on the consequences of both allowing this topic to remain unspoken and censoring ourselves if we do have the discussion. She writes, “while we are more often telling children that both parties must agree unequivocally to a sexual encounter, we still tend to avoid the biggest taboo of all: women’s capacity for and entitlement to sexual pleasure.”

She goes on to note how in even the most comprehensive of sex education classes will stick with a women’s internal parts, defining females’ puberty by periods and pregnancy whereas males’ puberty is characterized in terms of erections and sex drive. “We are learning to support girls as they “lean in” educationally and professionally, yet in this most personal of realms, we allow them to topple. It is almost as if parents believe that if they don’t tell their daughters that sex should feel good, they won’t find out.”

In his 2017 budget, President Obama is finally trying to cut all federal funding for abstinence-only sexual education. Orenstein writes, “research has shown repeatedly that the nearly $2 billion spent on it over the past quarter-century may as well have been set on fire” for all its use in promoting healthy sexual practices.

As more young people turn to social media and online resources for information, there’s pressure on schools to offer accurate, candid information that can compete with and correct what’s available beyond the classroom. The National Campaign to Prevent Teen and Unplanned Pregnancy is one of several organizations that’s developing online sex education to supplement school-based programs.

Bill Albert, chief program officer of the National Campaign notes that quality online programming “is not buffeted by political fights over what teens can and should learn, it allows for real-time modifications and updates, it offers anonymity, and it meets teens where they are, which increasingly is in front of screens.”

In a society that’s moving increasingly online, it stands to reason that educational materials are also being made available there. In Germany, following a series of New Year’s Eve sex assaults, the government launched a multilingual website to educate migrants about the body and sexuality, as well as German sexual mores.