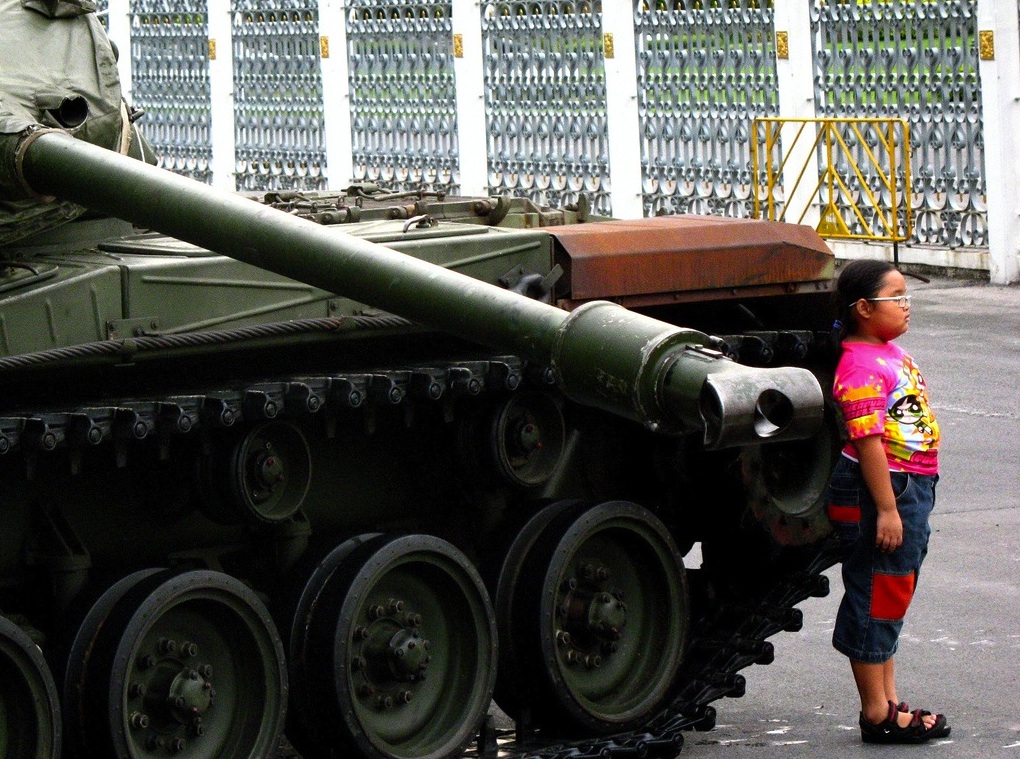 On May 22nd, two days after the implementation of martial law, the world witnessed Thailand’s 12th successful military coup since 1932. 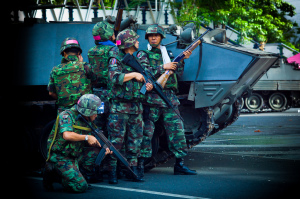 Striving to gain legitimacy, the regime introduced an interim constitution on July 22nd and shortly after, on August 21st, named General Chan-Ocha prime minister. The coup followed accusations from the opposition, claiming corruption on the part of the democratically–elected Shinawatra government and ensuing political unrest. However, the coup is not isolated and stems from the deep-rooted divide between the rural lower class (supporters of the Thaksin/Shinawatra regime) and the urban middle class. The defining factor of the most recent coup was the Constitutional Court’s decision to remove Ms. Yingluck, which many viewed as blatant partisanship. The Court accused Shinawatra of abuses of power and “violating the constitution”, deeming her unfit to head the government and voiding her status as prime minister. Court decisions are significant during periods of political instability and in Thailand’s case, led to the overthrow of the government.

This forceful take of power makes it a challenge for the junta to gain legitimacy in the region and abroad. Their concern with gaining legitimacy is clearly reflected in the decisions and actions undertaken in the months following their takeover. For instance, the junta quickly appointed the general as Prime Minister, raising him from the military ranks, hoping to validate the newly-established government. They also made promises of economic reforms such as the sufficiency plan, which vows to designate a significant sum of money to promote development, reduce income disparity and provide support for landless farmers. Reforms would also allow business leaders to benefit from the domestic peace brought on by the junta, and strengthen economic ties with China and Myanmar, in turn restoring regional legitimacy. Despite economic and institutional reforms, political legitimacy is undermined by the interim constitution that gives political immunity and unacountable power to the National Council for Peace and Order (NCPO). King Bhumibol’s approval of the interim constitution simply maintains a façade of legitimacy.

The international community, especially Western democracies, treats a non-democratically-elected government with caution. However, the new government has a greater chance of achieving legitimacy if it adheres to internationally recognized norms and laws, such as those concerning human rights. The new Thai regime has failed in this respect, having received criticism and accusation of gross human rights violations. A few months following the institution of the interim constitution, reports from both Human Rights Watch and Amnesty International denounced the NCPO. The accusations were on grounds of censorship and restrictions on free expression, arbitrary detention, and repression of academic freedom. Amnesty International also reported instances of torture, ill treatment, 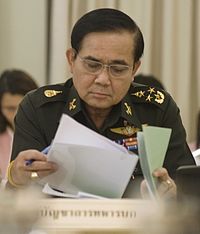 obstacles to freedom of expression and peaceful assembly, and unfair trials. Respect of human rights is essential if the regime is to establish state conciliation and legitimacy at the international and regional level. Unfortunately, according to human rights monitors, the current situation is heading towards a “downward spiral” in terms of human rights violations, which will fuel resentment and opposition towards the current regime. There have also been reports of the set-up of so-called “reform centers” to adjust attitudes towards the current regime. These centers allude to the worst in terms of human rights abuses and highly undermine the legitimacy of the ruling government.

Based on Western notions of political legitimacy, a corrupt democratically-elected government is often believed to be better than a non-elected regime. Thus, gaining international legitimacy will be a challenge for the Thai Junta. In fact, shortly after the coup, the US took assertive actions against its long-term ally by imposing sanctions such as withholding financial aid to the Thai military. Thailand’s economy is highly dependent on exports and tourism from the United States. Consequently, a cut in diplomatic ties would add significant pressure on the military regime, as hoped by international actors, to return to a democratic rule. European foreign policy in Thailand follows the US model by imposing sanctions and even furthering its actions by freezing all cooperation with the Thai regime and urging the junta to release political prisoners.

On account of internationally recognized norms concerning democracy, human rights and political validity, the newly established regime expects that regional and national legitimacy is more easily attainable than the international counterpart. However, as proven by domestic political unrest, this is not the case. The junta finds itself in a constant state of defense trying to uphold the pretense of attempts at a democracy. This ambiguous democracy is often a pretext for harsh clampdowns on freedoms and unchecked authority, which eventually leads to socio-political instability. This is met with even more severe measures and unaccountable rulers. Additionally, Thailand has always maintained a balance between a patriarchal hierarchical ruling government (king, elected officials) and a military rule. However, in the latest coup the mediating and stabilizing power of the monarchy seemed even more irrelevant or obsolete, which can only predict future instability or major changes in power dynamics.

As for regional actors, official statements indicate that, “the reverse of the political trend, from democracy back to authoritarianism, could tremendously undermine ASEAN’s Political and Security Community, whose key principle is upholding democratic values.” Consequently, with the country heading towards authoritarian rule, some regional actors like Indonesia are concerned about the stability of the region and are cautious to legitimize the military regime.

Thailand has experienced 12 successful coups since 1932. The previous coup had occurred just a few years earlier in 2006 and is often held in comparison to the latest one. With the disproportionate amount of coups the country has experienced, it can be more difficult to distinguish or disassociate them from each other. However, it is important to do so because each coup represents a changing regime, evolving power dynamics, and new challenges. Following the 2014 coup, the military took forceful actions to repress dissenting voices. They imposed restrictions on activists and media, banned the assembly of more than five people and monitored critics of the regime. These actions are far more severe than those following the 2006 coup and, with talks of major national reforms pointing to a long-term rule, the heavy crackdown is cause for concern. Implementing reforms and promising change can succeed in giving the regime regional and national political legitimacy, but by doing so it can be responsible for permissible human rights violations and abuses of power. This eventuality of policy reforms was less likely in 2006. However, despite differences, the 2014 and 2006 coups do not change the social conflicts underlying the country’s political and social instability.

Notwithstanding, the junta has yet to achieve political legitimacy despite constant efforts to implement political, economic, and institutional reforms as well as maintaining a façade of attempts  at democratization. Unfortunately, as of now, the sweeping powers allowed by the interim constitution are resulting in human rights violations and undermining the possibility of achieving international or even regional legitimacy.