The Price of a Man: Libya’s Migrant Slavery Crisis 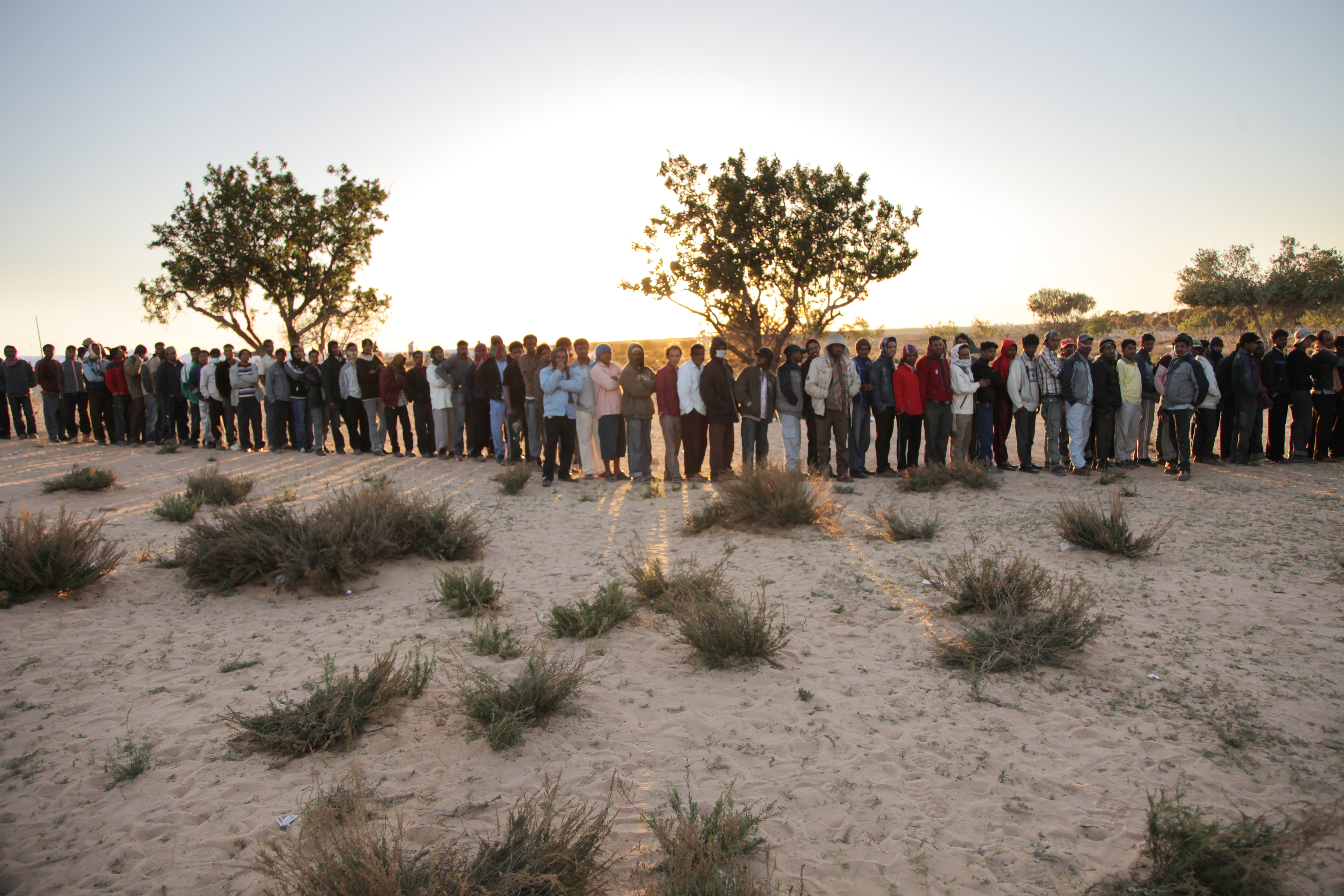 Shortly after dictator Muammar Gaddafi’s death in 2011, experts forecasted difficult years of state reconstruction for Libya. The Arab Spring transformed life as Libyans knew it, who, despite their battles, anticipated that the winds of change would be favourable. What none predicted was that years later, amidst high political volatility, Libya would become plagued by modern-day slavery.

In the wake of the Arab Spring, Libya came to be partially ruled by a variety of bodies, including the National Transitional Council (NTC), the General National Congress (GNC), the Council of Representatives (CoR), or, more recently, the UN-endorsed Libyan Government of National Accord (GNA). The state has also been shaken by rebel groups, such as Libya Dawn, a coalition of Islamists and allies, who took over Tripoli in 2014. Multiple coastal areas were taken over by the Islamic State, whose extremist ideals proliferated among the unrest. Since then, Libya has been engulfed in a protracted civil war.

This enduring situation of “near-anarchy” is made worse by the global migration crisis, the gravity of which escalates with each passing day. Around 90% of crossings of the Mediterranean Sea originate from Libya, making the country one of the main transit points for migrants seeking to reach Europe. As such, it currently hosts more than 400,000 migrants, coming mainly from Niger, Egypt and Chad. Given that they have no shelter, very little money and no documentation, they are particularly vulnerable to the chaos that settled there. A majority of the ones who attempt passage to Europe are arrested by local authorities before reaching the Mediterranean. They are then forced into detention centers, which take the form of squalid warehouses, and are left there indefinitely.

This environment, likened to a hellish nightmare by surviving migrants, is a breeding ground for human trafficking. In November 2017, a CNN report unveiled several videos of migrants originating from all over Africa being sold as slaves at an auction in Libya. The migrants, referred to as “merchandise” by the auctioneers, were each being sold for approximately four-hundred US Dollars. As one would for a commodity, the slave merchants boosted their price by boasting their physical strengths while they stood by silently. Off-camera, the migrants’ conditions of life are just as sordid. In one of the videos, a man recalls being beaten and sexually assaulted by the man he was sold to. Other migrants who refused to obey would be killed.

As the United Nations human rights chief Zeid Ra’ad Al Hussein noted, this network of modern slavery is in part bolstered by the European Union’s austere migration policy. A deal recently struck between the EU and Libya, which Zeid Ra’ad Al Hussein referred to as “inhuman”, is considered to be a main catalyst. The accord in question, which was agreed upon in July 2017, aims to stem the flow of migrants to Europe. In exchange for EU funding and material aid, Libyan coast-guards must prevent Europe-bound migrants from reaching extra-territorial waters. Migrants are essentially held captive in Libya, where their growing numbers make the probability of their exploitation increasingly inevitable.

Alpha Conde, the African Union’s President, further condemned the EU’s role in the crisis. He explained that by placing the onus of migration management on a state devoid of a functioning government, the EU’s deal condemned migrants to the dire conditions that it now denounces.

The EU-Libya pact is not the first of its kind. In early 2016, the EU-Turkey deal was implemented with the similar aim of reducing migrant arrivals in Greece. While it did curb migrant crossings to Greece, it simultaneously created a surge in mental illnesses in remaining migrant populations, who now find themselves in an administrative state of “limbo.” In January 2017, Medecins Sans Frontieres reported twelve attempted suicides among desperate asylum seekers, who mostly come from Syria. The EU’s tendency to make migration pacts thus denies migrants the opportunity to escape salient levels of hardship.

Following CNN’s investigation of slavery in Libya, leaders from the EU and all over the world, such as Emmanuel Macron, nonetheless expressed outrage over what they consider to be a “crime against humanity.” Little state-led action, however, has been taken to address the situation, which international organizations have been condemning for months. The International Organization for Migration (IOM), for instance, wrote of North African “slave markets” in April 2017, eight months before the CNN videos went viral and the international community began to publicly address its gravity.

The course of action for the international community with regards to Libya remains uncertain. Despite Libya’s migrant slave market being illegal and immoral, current refugee law and human rights conventions cannot compel international actors to intervene, which the GNA deplores. Humanitarian assistance, though plentiful, also falls short of providing a solution. While the world expresses much empathy for Libya’s migrants, their only hope is that it will match actions to its emotions.