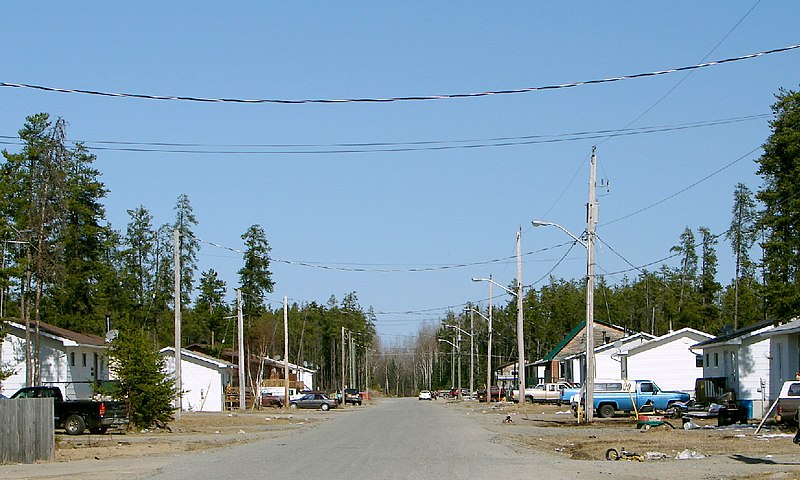 The history of colonialism in Canada has left an uneven burden on Indigenous peoples’ current economic standing. Across the country, there are more children on First Nations reserves living below the poverty line than above it. In many cases, socioeconomic conditions in these communities are comparable to those of the poorest nations on Earth. So why are they experienced in the heart of one of the richest?

First Nations reserves “continue to be important land bases for First Nations across Canada, often contained within their ancestral and spiritual homelands,” says UBC professor Cole Harris. However, he also highlights that the property laws surrounding reserves, namely the lack of private property, have contributed to Indigenous peoples’ “marginalization from the capitalist economy” — a potential handicap to prosperity.

But what is prosperity? A research committee established by the Assembly of First Nations found that many people living on reserves, despite low incomes, did not see themselves as poor. Rather, prosperity meant a moderate livelihood, with the main focus on living “a life according to core values.” In fact, the word “poverty” did not exist in the languages of any of the nations studied by the committee.

Still, through the throes of water-boil advisories, housing-quality issues, and chronic unemployment, it can be difficult to see hopes like self-determination materialize without any self-sustaining basis for material well-being. Therefore, enhancing economic situations on reserves often goes hand in hand with enhancing traditional Indigenous notions of prosperity.

In recent years, some scholars and First Nations leaders have proposed a controversial and fundamental reform which they suggest could create stronger economic foundations in Indigenous communities: the privatization of reserve lands.

Under the Indian Act — a federal document originally aimed at assimilating First Nations — reserves are defined as “a tract of land, the legal title to which is vested in Her Majesty, that has been set apart by Her Majesty for the use and benefit of a band.” Hence, reserve lands are not owned by the people living on them; they are the property of the federal government.

According to Statistics Canada, 82 per cent of the non-liquid net worth of Canadian homeowners is contained in the value of their real estate. In a liberal economic system where “life, liberty, and property” form the basis for decent living standards, exclusion from private real estate can present a massive barrier to financial prosperity. For these reasons, Canadian academics Christopher Alcantara, Tom Flanagan, and André le Dressay proposed the “First Nations Property Ownership Act” in a 2010 book, which called for the replacement of existing property laws on reserves by fee simple (the most fundamental form of private property).

“The commercial, recreational, and residential potential of their land is the greatest economic asset for many First Nations,” say the authors. They contend that privatization could alleviate poverty on reserves by giving residents a critical personal asset: their own land. Private property offers several financial opportunities: sale, renting, the collection of royalties from resource-extraction projects, and equity for business and entrepreneurship.

According to Bob Joseph, a future hereditary chief of the Gwawaenuk First Nation, “the murkiness around property rights [on reserves] deters investors.” For instance, people living on reserves rarely obtain mortgages, loans, or lines of credit, because federally-owned property cannot be used as collateral.

Certificates of Possession, which are granted by the federal government, allow people living on reserves to own individual tracts of land, which they can sell and rent out to fellow members of First Nations. In this sense, Certificates can be seen as a limited form of quasi-private ownership. A Harvard study observed that these land regimes improved housing and drinking water quality, as well as per capita band council spending. Yet, it did not find a connection between Certificates of Possession and an increase in economic activity on reserves.

While the concept of reserve privatization has been met with enthusiasm by some First Nations leaders, it has been countered with skepticism by others. Julian Brave Noisecat, a member of the Canim Lake Band in BC, writes that “the Western idea of private property is flawed.” He notes that privatization can be ecologically detrimental, particularly with resource-exploitation projects, whereas natural landscapes are sacred in many Indigenous traditions.

Additionally, the introduction of private property could further the large-scale dissolution of traditional territory into the hands of non-Indigenous buyers. This could qualify as a form of neocolonial assimilation, violating Indigenous groups’ constitutionally recognized title to their land.

These disagreements highlight the diversity of opinion that exists within Indigenous communities. Earlier this year, such diversity made national headlines when elected officials and hereditary chiefs from the Wet’suwet’en nation disagreed on the Coastal GasLink pipeline. Joseph Skin, an elected band councillor, signed a financial benefit agreement with CoastalGasLink, stating that those condemning his choice “should come to the reserve and live in these conditions themselves.” By contrast, hereditary chiefs who opposed the project cited environmental concerns. They also highlighted that the territory through which the proposed pipeline passed fell under hereditary chiefs’ jurisdiction, according to a 1997 BC court ruling.

The case for private property on reserves and the Wet’suwet’en controversy both reflect a unique difficulty in advancing Indigenous welfare: that the legacy of colonialism has often made the pursuit of economic success mutually exclusive with the protection of tradition. In the case of reserve privatization, Canada’s free-market economy favours integration. Private real estate could be key in improving socioeconomic conditions in First Nations communities by offering financial opportunities that the rest of Canada, living off-reserve, has always had access to. At the same time, the introduction of private property risks a loss of protected Indigenous land, ultimately furthering the colonial legacy of territorial annexation. Financial incentives are thus balanced by cultural considerations, which is in part why documents like the Indian Act remain so contentious.

The realm of Crown-Indigenous relations is filled with contention and uncertainty. Ultimately, it is members of First Nations themselves — not non-Indigenous scholars and politicians — who are best able to assess the costs and benefits of these capital-culture trade-offs. What is certain, then, is that efforts that advance Indigenous self-determination are efforts that advance prosperity on First Nations reserves.