Protecting Those Who Protect the Land: A New Frontier in the Escazú Agreement 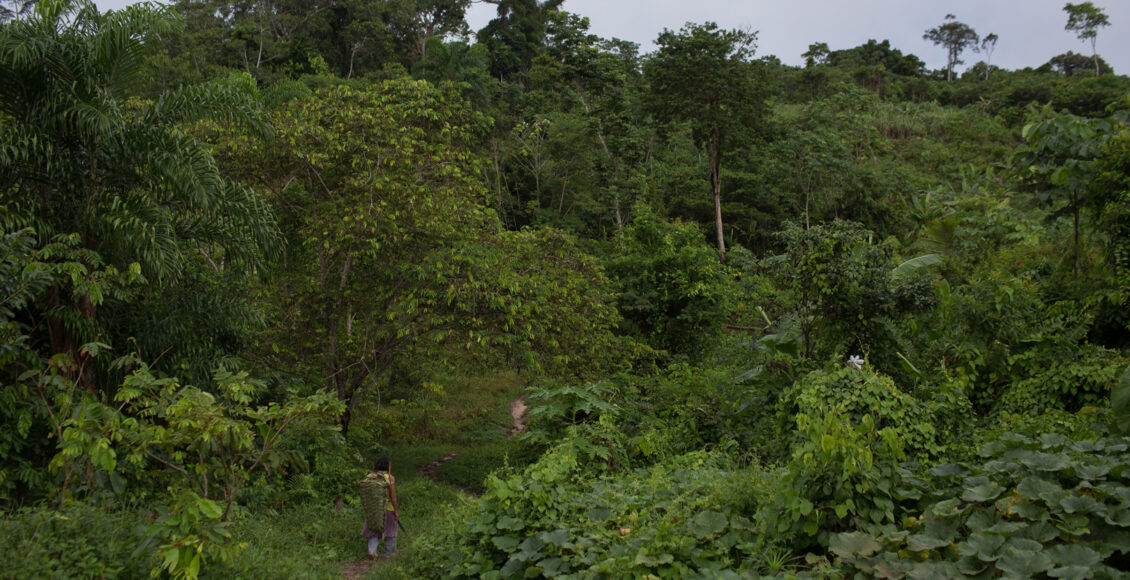 Latin America and the Caribbean are home to the most biodiversity in the world, hosting approximately 60 per cent of all global terrestrial life. It may come as a surprise, then, that this area so vulnerable to the effects of the climate crisis only adopted its first region-wide environmental agreement in 2018. Enter the Regional Agreement on Access to Information, Public Participation and Justice in Environmental Matters, also known as the Escazú Agreement. This treaty emphasizes transparency and cooperation through the right to access to environmental information, participation in decision-making and funding mandates to enshrine “the right of every person of present and future generations to live in a healthy environment and to sustainable development.”

The Escazú Agreement is not only the first regional environmental treaty, but it is also the first of its kind to include provisions concerning environmental human rights defenders (EHRD) and to consider Indigenous perspectives. The United Nations Special Rapporteur defines EHRDs as “…individuals and groups who, in their personal or professional capacity and in a peaceful manner, strive to protect and promote human rights relating to the environment, including water, air, land, flora and fauna.” In Latin America and the Caribbean, mining, agribusiness, fishing and logging are destructive industries that EHRDs frequently face in order to defend and protect at-risk ecosystems. The projects put forward by these corporations rarely involve public consultation in the planning process and often lack transparency.

Many of these land defenders are long-term residents who are frequently local or Indigenous to the areas they advocate on behalf of. Indeed, due to this connection to the land, Indigenous EHRDs are vital actors in protecting vulnerable environments, providing the first line of defence in the fight against climate change. For example, Indigenous-managed lands tend to have better conservation outcomes and lower deforestation rates compared to lands that exclude Indigenous peoples.

Indigenous groups in the Amazon are key land defenders advocating for the protection of vulnerable areas from harmful development projects.

Since the Latin American and Caribbean region is so rich in biodiversity, EHRDs frequently face significant risks in their work, including threats of intimidation, harassment, attacks, criminalization, and murder. Indigenous defenders also face disproportionately higher rates of attacks compared to their non-Indigenous counterparts. In 2019, approximately 70 per cent of EHRDs killed worldwide were in Latin America, with some 64 land defenders murdered in Colombia. The Escazú Agreement finally provides legislation protecting people against these incidents and investigating associated crime, a new frontier long overdue for legal consideration. This human rights approach was achieved through negotiations that accounted for input from civil society and environmental and human rights law experts.

For example, the recent Phillips-Perreira case in Brazil exemplifies the weak response to violence against EHRDs in the area. Bruno Perreira was an Indigenous activist aiding British journalist Dom Phillips in writing a book about protecting the Amazon rainforest. The pair were ambushed and murdered on June 5, 2022, while travelling in the Javari Valley, an increasingly dangerous part of the Amazon home to over 20 Indigenous groups. Environmental advocates and acquaintances of Phillips and Perreira described that under Brazil’s president Jair Bolsonaro, illegal practices have gone unpunished, and officials have not done their due diligence when investigating associated crimes. Bolsonaro has dismantled the National Indian Foundation, a governmental body that works with Indigenous policies, and actively encourages the extraction of natural resources. Despite supporters of Phillips-Perreira providing investigators with information about illegal practices and trades in the region, officials took little action until they began facing intense international and media pressure. This case is still developing; however, at least eight suspects have since been linked to the murders, and the Brazil court has charged three of them. The legislation introduced by the Escazú Agreement might be the tool necessary for holding these government officials accountable and achieving justice for these environmental crimes.

Any human rights-based model of sustainable development requires a degree of government stability and accountability. The Escazú Agreement is key to maintaining environmental democracy. EHRDs, especially those who are Indigenous, are vulnerable to harsh government policies, irresponsible business practices and insecure land tenure, all of which are exacerbated by unpredictable government. The treaty’s pillars of transparency have the potential to protect them from these injustices by reinforcing the rule of law, increasing participatory democracy and mitigating social conflicts as well as production structure changes within economies. Moreover, it might aid in reducing the social stigmatization of land defenders by actors including the government, law enforcement and corporations.

Transparency regarding funding is even more paramount in light of the COVID-19 pandemic, which further exacerbated human rights issues by compounding the effects of a public health crisis and the climate crisis. Alleged government corruption and mismanagement of funds from the International Monetary Fund and the World Bank in the last two years have sparked a demand for access to information. Aside from healthcare, proper allocation of finances from such organizations can provide an alternative by leveraging against private companies seeking to pursue development projects as a way to stimulate the economy. 40 per cent of the World Bank’s lending to the region is already climate-related, so further bolstering of this can reduce emissions from forestry and agriculture industries, increase water use efficiency, and promote green transportation and infrastructure.

Democracy has persisted in Latin America and the Caribbean but faces more strain than it has since the dictatorship regimes of the late 20th century. Both Venezuela and Nicaragua’s elected presidents have established effective dictatorships, while Brazil and El Salvador both recently experienced right-wing populist presidents. Despite this regression, there appears to be a greater awareness of the climate crisis and its implications. This is, at least in part, due to the region’s vulnerability to extreme weather such as droughts and hurricanes. A shift in business attitudes is occurring, encouraging the adoption of environmental policies in extractive industries such as mining. However, many informal and illegal practices, such as infringement upon Indigenous lands and operation of a mine without appropriate licenses, are still not regulated to the extent necessary to mitigate damage.

United Nations Secretary-General Antonio Guterres has commended the agreement for addressing the “triple crisis” of climate change, biodiversity collapse, and pollution of the natural environment in tandem with resilient recovery from COVID-19. The linkage between EHRD protection and sustainable development is essential to maintaining environmental democracy and sets an example for the integration of similar policies in future environmental agreements. This rights-based approach focuses on the most vulnerable people and regions, creating a landmark agreement with great potential in the future. However, the key to the Escazú Agreement’s future success will lie in the ability, and willingness, of governments to act in accordance with the treaty’s provisions.