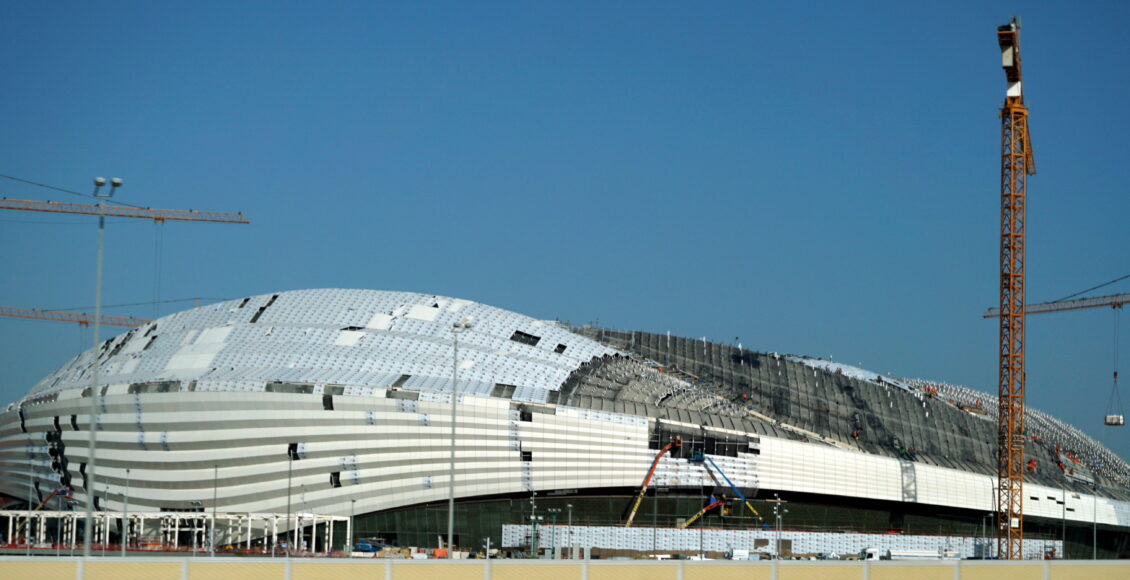 Following FIFA’s decision to award Qatar the 2022 World Cup, the country has faced international pressure concerning its questionable record in regards to human rights, especially those of migrant workers. The harsh conditions faced by workers in Qatar have been further exacerbated and displayed at the global level in recent years as a result of the tournament. Migrant workers have been subject to constant abuse, which is seen through their appalling working and living conditions, as well as delayed and sub-minimum wage salaries. The situation is made even more unacceptable by the fact that this is not the first time that FIFA has chosen a host nation with such disregard for workers’ rights: a similar situation was seen during the 2018 FIFA World Cup in Russia. As a result, international organizations have called for FIFA to be held accountable, stating that the organization should be responsible for ensuring that the conditions in which their World Cup venues are being built are ones that respect the international standards for human rights.

The lack of response by the sports organization, while deplorable, is not entirely unexpected considering the millions of dollars they make from these tournaments, a profit margin that could be negatively affected if they concerned themselves with ensuring that construction companies respected workers’ rights and salaries. As it is, FIFA’s lack of awareness regarding migrant workers’ treatment by such companies demonstrates their ineffectiveness in taking serious action to assure corporations abide by Qatar’s Workers’ Welfare standards. Their ignorance of these abuses benefits them in the long run, as they avoid taking responsibility for such violations while still reaping the rewards of migrant labourers’ work. The World Cup projects have highlighted the impacts of Qatar’s lack of labour laws on domestic and migrant labourers alike. Both experience sub-par housing in poverty-laden areas, with no running water or electricity, and are often forced to work more than 14 hours per day without rest. Additionally, wages are usually much lower than originally promised to the migrants prior to their arrival in Qatar, and salaries are regularly delayed, if even given at all.

However, the most inhibitive aspect of life as a migrant worker in Qatar is the inability to leave the country due to the confiscation of their passports upon arrival to the workplace. Employers even fail to provide residence permits, despite workers being required to travel within the nation, further limiting the movement of workers to the work site and their nearby accommodations. Even worse, under Qatar’s kafala sponsorship system, migrants are legally bound to their employers for the duration of their job contract. Unless workers have passports and company-approved “exit permits,” they cannot leave the country or company, resulting in conditions harrowingly reminiscent of indentured servitude.

Recent reports highlight specificities of the inhumane conditions in which migrants have worked. Around 100 employees building FIFA’s Al Bayt stadium revealed that they worked for nearly seven months without pay. Other accounts on record focus on the extreme weather conditions that workers suffer through. Research into these occurrences has shown that a third of workers at another FIFA stadium experienced hyperthermia at some point during their workday, and that several migrant deaths were highly likely due to forced labour during Qatar’s hottest summer days. Supposed reforms of the labour system introduced in 2017, aimed at protecting migrant workers, have had little impact due to the government’s failure to implement sustainable changes.

However, as of October 2020, the Qatari government introduced legal changes to its kafala sponsorship system that could improve the nation’s situation regarding human rights violations, if upheld. The legislation abolished exit permits, introduced a No-Objection certificate to allow workers to change jobs freely, and promised a new minimum wage starting in March 2021. Although this is a step forward for the nation, critics have pointed out that the statement of changes versus the tangible impact of real change are two drastically different things. To ensure a balanced relationship between employers and migrant workers, the government needs to enforce the current reforms, hold companies accountable, and allow workers to fight for justice without being coerced into staying silent. Corporations in Qatar need to learn that their actions will have consequences if they do not follow the newly passed labour laws. As was stated by the head of Economic and Social Justice at Amnesty International, “until these reforms are fully enforced, many [workers] will remain trapped in a cycle of exploitation.” As of today, it is hard for workers to place complaints without putting their income or legal status at stake. In the past decades, this has ensured that migrants never talk about their conditions, ensuring their compliance within this oppressive system. While these recent reforms mark a departure from the status quo for the Qatari government, whether this change will help migrant workers remains to be seen. It is likely that powerful outside actors, such as FIFA, will need to take action to trigger the establishment of effective reforms.

Since FIFA’s decision to appoint Qatar as host of the 2022 World Cup, the organization has not done as much as it could have to stand up for migrants’ rights, especially considering its influence globally. Many governments and organizations believe that FIFA should use its standing to fight against the human rights abuses in Qatar. Considering that their decision to host the tournament there reflects poorly on them, they should be trying their utmost to make amends with the international community by speaking out and helping to implement reforms. Although they adopted a New Human Rights Policy in 2017 and created a Workers’ Welfare standards document, which they have stated will protect the rights of migrant workers building the stadiums or training sites, these actions are performative, rather than transformational. When faced with criticism regarding their decision to host events in countries with overt, documented human rights abuses, the FIFA president announced that it was “not the mission of FIFA to solve the problems of the world,” ignoring the influence their organization holds worldwide. As was seen with Russia in 2018, by allowing such nations to host and use the “appeal of sports to make themselves and their regimes look good,” the organization is essentially condoning the actions of abusive governments.

FIFA holds a particular power, as it has the ability to unite people worldwide over a common interest. They should use this influence to put an end to tournaments hosted by repressive governments who allow the abuse of workers, instead of further providing them with prestige and an international foothold. The entertainment of millions worldwide should not be at the expense of migrant workers, whether in Russia, Qatar, or any other regime ignoring the protection of human rights.