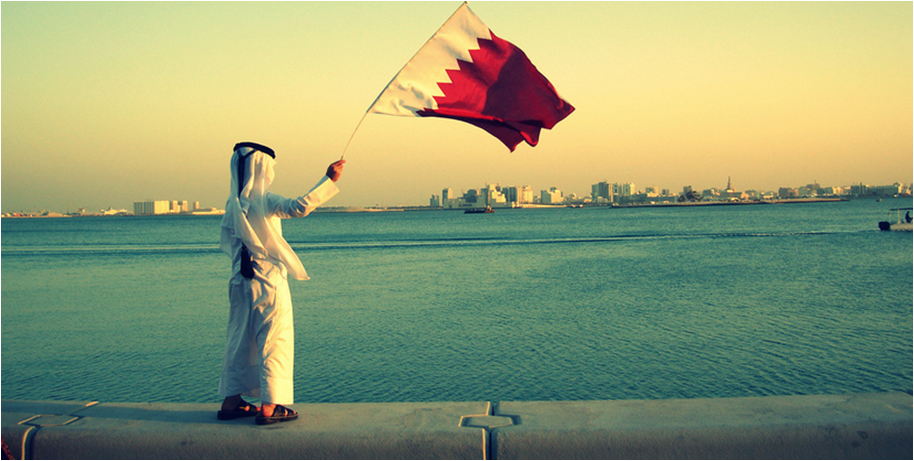 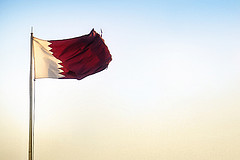 Throughout history, the normative concept of states evolved and in the modern era statehood is granted through international recognition. According to the political scientist J. E. Petersen, who works for The Center for Middle Eastern Studies, “By the turn of the 20th century, small states were seen as anachronisms or irrelevant,” as evidenced by the European drive for ever-larger empires. However, with decolonization in the 1950s and ’60s the concept of statehood underwent a dramatic change that affirmed the right to self-determination. This led to the splintering of larger countries into small states since the 1960s to accommodate the ethno-religious differences of the constituent populations. Qatar’s statehood falls into this category neatly, being granted complete independence from Britain in 1971 and quickly gaining international recognition. However, Qatar was largely seen as a Saudi vassal for the first two decades of its history, which indicates that if international norms regarding statehood change again in preference to larger states, the international community may not oppose Saudi annexation of Qatar. This demonstrates the importance of Qatar developing a niche strategy in international relations, so that even if global norms do change, Qatar will be seen as a valuable independent political entity.

Small states share certain characteristics and limitations that affect their stability and security, but Qatar has used the niche strategy of branding itself as a mediator of international conflicts and as a leader in aviation, sports, culture, and education in the Gulf in order to increase its chances of survival. The term ‘branding’ usually evokes business connotations, but in recent years states have recognized the benefits of using such marketing methods to distinguish themselves. States use branding as a means to attract foreign investment and to gain political influence, but for small states in the Gulf, it is of greater importance since many of them possess similar natural resources and political systems. According to the scholar Peter Van Ham, who is Senior Research Fellow at the Clingendael in The Hague, “The ‘brand state’ comprises the outside world’s ideas about a particular country,” which calls to mind various examples such as how France is identified with its cheeses and wines, or how Switzerland is known as a neutral banking hub. Qatar’s image is not so defined since it is a young country and until its recent actions, one that not much of the world knew much about. Recently though, under the auspices of the Qatar Foundation, Qatar has redefined itself as a progressive, neutral, and peaceful state by using an aggressive branding strategy.

Mediating conflicts is the principal facet of Qatar’s broader soft power strategy to brand itself as a significant power in the Middle East and an important ally to future peace efforts in the region. While “secrecy is often considered to be one of the central elements of any mediation effort,” according to the Director of the Center for International and Regional Studies at Georgetown University, Mehran Kamrava, Qatar’s diplomats push their role to the forefront by giving frequent interviews with the media and praising their nation’s role in diplomatic processes. By propounding this image of impartial mediator, Qatar is reducing the threats it faces because countries do not view Qatar as having a decided regional political agenda. Qatar’s small population and lack of a threatening military become advantages in this respect, because other countries are less likely to view Qatar as a threat. While this may be merely a cultivated image, perceived impartiality is one of the key components to mediation. Furthermore Qatar’s involvement in international politics is so recent that it doesn’t carry the same baggage as other regional mediators like Egypt and thus makes it easier to craft the image of the altruistic peace broker. In the words of a Qatari diplomat, hostile parties “come to us because we don’t have any other agendas or ulterior motives.” As with the many other aspects of Qatar’s branding strategy, the capital rich nation uses its wealth to bring enemies to the negotiating table and smooth over difficulties in compromises. An example of this tactic is that although Qatar mostly invests in Europe and the United States, it does also put money into countries where it has been involved in mediation disputes. For example, after playing a prominent role in mediating the conflict between the Sudanese government and the Justice and Equity Movement, one of Darfur’s largest rebel groups, Qatar invested heavily in Sudan. Qatar is careful in selecting which conflicts to mediate, choosing only those in which it believes it has a strong chance of succeeding.

Over the last few years the interventionism of Qatar’s foreign policy provoked hostilities with its neighbors. As discussed above, the cornerstone of Qatar’s foreign policy was mediating conflicts in the region, which was successful because it shed a positive light on the country. By facilitating talks amongst hostile parties, for example as conflicts brewed in the Darfur and Lebanon, the Qatari state constructed an image of altruism seeking peaceful coexistence. However, this image was undermined in recent years by the support it gave to the Muslim Brotherhood in Egypt and the Syrian rebels. These gambits could have paid tremendous dividends for Qatar in the form of gaining Egypt and Syria as staunch allies. However, since the fall of the Muslim Brotherhood in Egypt and the rise of the Islamic State of Iraq and Syria emerged from the more extreme of the Syrian rebels, Qatar’s interventions proved damaging to its carefully kept image. Furthermore, the consequences of Qatar’s support of certain Arab Spring movements came in the form 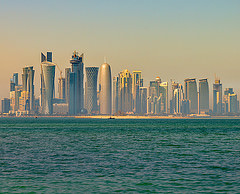 of Saudi Arabia, Bahrain, and the United Arab Emirates removing their ambassadors from Doha, the Qatari capital, in March of 2014. This was an astonishing move given that those three Arab states are all members of the Gulf Cooperation Council to which Qatar is also a part. So in June of this year Qatar went back to what its foreign policy is most successful at and agreed to play an instrumental role in the hostage exchange for Sergeant Bowe Bergdahl. In the agreement between the Taliban and the United States of America regarding the exchange, Qatar agreed to host the five Taliban militants just released from Guantánamo Bay in Doha and make sure they stayed there for a year without releasing any pro-Taliban propaganda. Regarding the exchange, President Obama expressed his confidence that the Qataris could uphold the arrangement stating, “The Qataris both have the capacity to implement those requirements and also they have the will to do so.” If Qatar manages to uphold their agreement, it will earn further goodwill from the United States while also winning points amongst the Arab world for returning these imprisoned militants to their native land. Qatar’s return to mediating disputes bodes well for the future of its foreign policy and signals a further rise in its legitimacy as a state vital to Middle Eastern peace efforts. Thus even the failures in Syria and Egypt highlight the increasing role Qatar is playing in regional conflicts, although it may be wise for Qatar to stay away from intervention and focus its vast resources on mediation to which it is better suited.