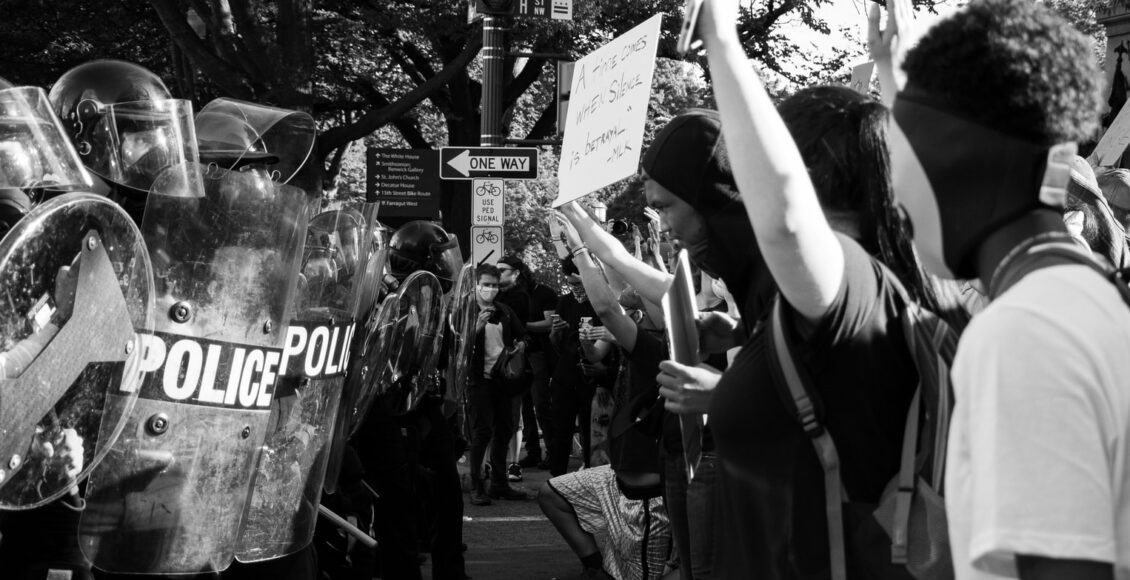 In May 2020, the murder of George Floyd, a 46-year-old Black man, sparked global protests denouncing police brutality and racial discrimination against Black people in the United States and beyond. As protests swept across the nation, calls for police reform revealed another element in the long-standing battle for justice; the legal and political frameworks that unfairly protect law enforcement from being held accountable for abuses of power. More specifically, the doctrine of qualified immunity emerged as one of the primary frameworks, precluding the ability to hold police officers responsible under the law. This doctrine fosters a culture of police brutality as it fails to hold officers accountable for their unlawful actions and enables abuses of power. Also, the presence of police unions, prosecutors’ conflict of interest, and the lack of checks and balances render police officers practically invulnerable to criminal charges, raising the question, why is it so difficult for police officers to be held accountable and charged for their crimes?

What is qualified immunity?

In 1871, the US Congress passed the Civil Rights Act, also known as the Ku Klux Klan Act, to provide equal protection through the law to all citizens and further reinforce the Fourteenth Amendment. Initially, this law was intended to reduce the harassment of freed slaves by allowing them to sue members of the Klan or law enforcement officers for violations of their constitutional rights. The law stated that any person who violated “any right secured by the Constitution would be made liable to the party injured.” However, the Supreme Court amended this law in 1967 to prohibit suing public officials unless they had violated a clearly established law with precedent, allowing officers to use their discretion when making split-second decisions in the line of duty.

Today, this refers to qualified immunity, a legal framework granting government officials unjustifiably broad immunity from civil lawsuits unless they violate a clearly established statutory or constitutional right. The Supreme Court claims that it protects “All but plainly incompetent or those who knowingly violate the law.” In reality, the inverse of this claim is true — qualified immunity protects incompetent officers who knowingly violate the law.  Under this doctrine, public officials can only be prosecuted if they have violated “clearly established constitutional” rights. However, a right is only “clearly established” when a court has previously held an officer accountable for violating the Constitution in practically identical circumstances. This requirement is an insurmountable obstacle that plaintiffs rarely surpass. Liability is essential in reducing the prevalence of abuses of power in law enforcement, and the system’s inability to provide it creates an increasingly violent police culture. Although in most cases, the courts have sufficient evidence to prove the officer’s guilt, if there is no prior case where a different officer violated these clearly established rights, in the same manner, they will walk free. 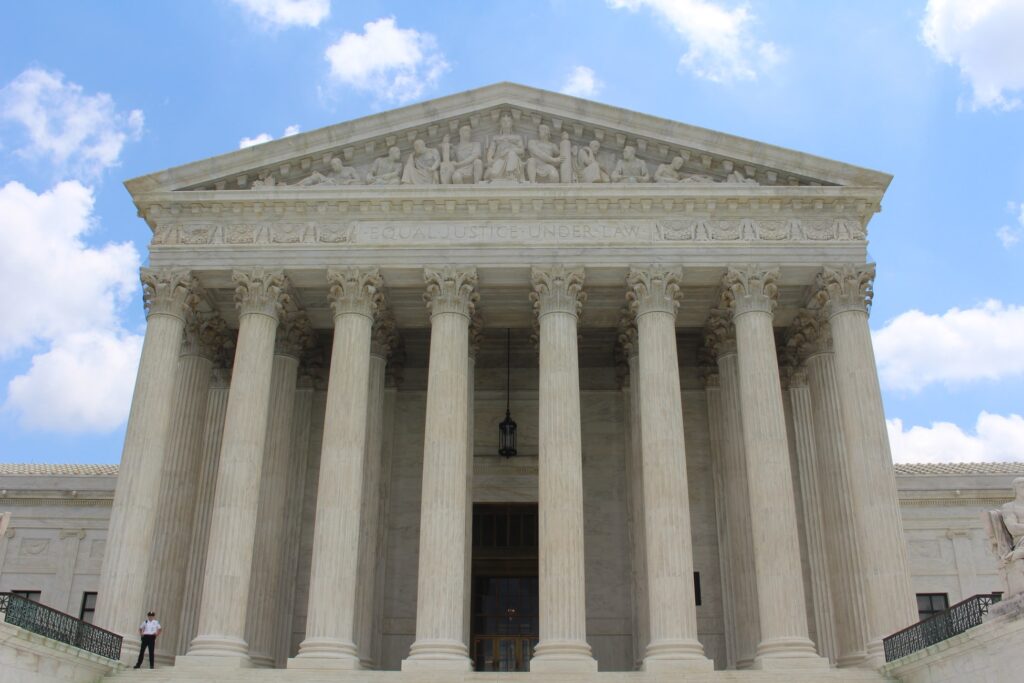 ‘‘The Supreme Court of the United States” by Claire Anderson is licensed under CC by 2.0.

Application of the doctrine

In practice, the overly narrow distinctions required to prosecute officers will invariably benefit the police officer. In the case of Khari Illidge, a 25-year-old black man experiencing a mental health crisis, police officers tasered him 13 times while he was on the ground, unarmed and naked, with multiple officers assisting in his arrest. As an officer kneeled on Illidge’s back, he died of cardiac arrest. An officer later testified that the only purpose of tasering him was to “inflict pain and shut down his nervous system.” The Illidge family sued the officers for using excessive force in violation of the Fourth Amendment of the US Constitution. Still, both the trial court and the court of appeals excused the officers on the grounds of qualified immunity. The courts acknowledged the claim that the officers used excessive force, but there was no prior court decision which displayed a constitutional violation under practically identical circumstance, and therefore, no breach of “clearly established” rights. Although the officer admitted to using punitive force with the sole objective of harming Illidge, while the court acknowledged the explicit use of excessive force, the officers walked.

Illidge’s case is not atypical. It is just one example of a common occurrence within the legal system. A recent Reuters investigation claims that over 35 cases were thrown out from 2005 to 2018 due to the lack of a precedent that violated clearly established rights, despite the police conduct being deemed unlawful. For Amy Corbitt and her 10-year-old-child, an officer continuously attempted to shoot a pet dog that posed no threat and then shot the ten-year-old child lying on the ground. The child’s mother subsequently tried to sue to cover medical costs, but she was rejected by the court, as the officer was protected under qualified immunity. The officer was granted immunity because the plaintiff failed to provide a “materially similar case” from the court, “which would have given the deputy fair warning that his particular conduct violated the Fourth Amendment.” Furthermore, in these cases, the courts did not establish whether or not constitutional rights were violated. As such, these rulings do not represent clearly established laws that can be invoked to prosecute officers in future cases. Herein lies another issue with the doctrine of qualified immunity — because hardly any cases can be used as a legal precedent, charging an officer becomes all the more difficult. 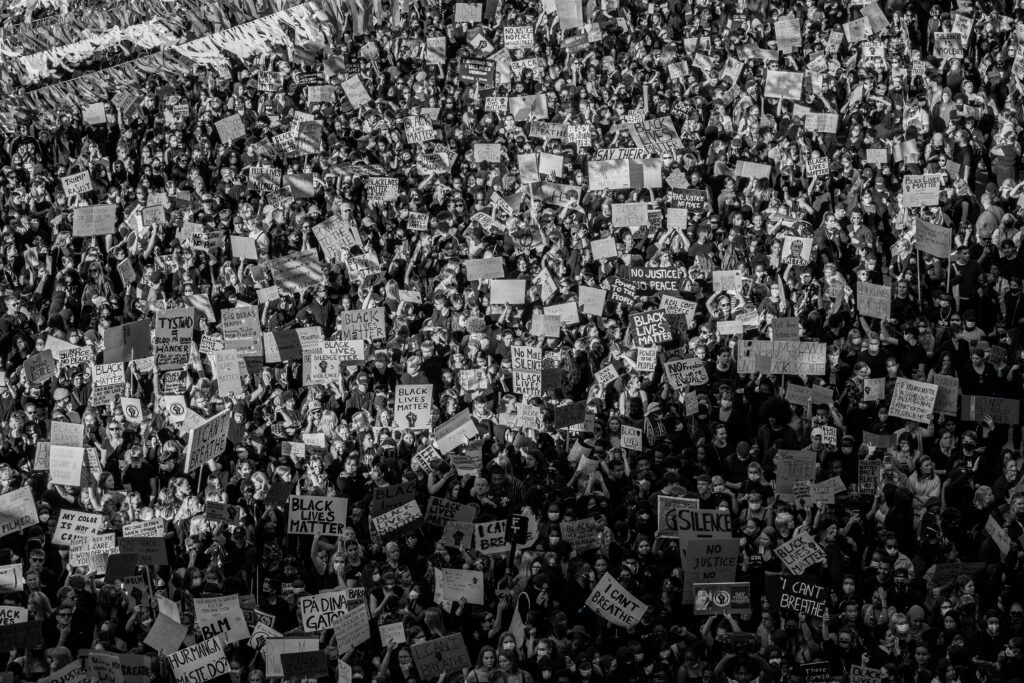 George Floyd’s death sparked global protests denouncing police brutality and racial discrimination against black people in the United States and beyond. ”BlackLivesMatter protest in Stockholm, Sweden.” by Teemu Paananen is licensed under CC by 2.0.

A world without qualified immunity

Abolishing qualified immunity is a vital prerequisite for creating lasting change in the fight against police brutality. Doing so would incentivize governments to reduce police violence, as they are financially liable for charges against law enforcement. Furthermore, abolishing this doctrine would induce police unions and governments to take the necessary steps to ensure the use of proper de-escalation and conflict resolution techniques.

Although its detrimental effects to society outweigh the arguments favouring qualified immunity, the doctrine still has plenty of defenders. Some supporters claim that qualified immunity ensures effective law enforcement by allowing officers to make split-second decisions in the line of fire without hesitation. Yet, the Constitution already provides this protection under the Fourth Amendment, as it prohibits unreasonable use of force, searches, and seizures. If an officer acts reasonably, the Constitution provides an appropriate standard to protect officers, and qualified immunity is an unnecessary addition. Moreover, supporters of the doctrine also claim that it safeguards state governments’ financial solvency by preventing a possibly overwhelming amount of civil rights lawsuits against officers. Still, there are various mechanisms in place to rule out frivolous claims, including standards of pleading and proof, which would protect courts from potentially overwhelming in-flows of meritless claims.

Ultimately, the blatant favouritism towards police officers and disregard for constitutional rights sends a message that officers can kill with impunity. Eliminating qualified immunity would allow courts to offer a clearer picture of constitutional rights, establishing more precise guidance for police departments, especially regarding their training methods. Likewise, due to the time consuming, complicated, and rigorous nature of the doctrine, courts often dismiss these cases. So, eliminating the defence would improve plaintiffs’ chances to obtain justice.

To hold the guilty accountable is a fundamental necessity, and the basis of the criminal justice system, but those who enforce it often are not held to this basic standard. With no deterrence to misconduct, the law fosters police brutality within the country. To reduce the prevalence of police brutality, repealing qualified immunity is a small but vital step in the fight for equality.

Featured imaged ”Black Lives Matter Protest in DC’‘ by Kosho Kunii is licensed under CC BY 2.0.