Quelling the Far Right: What the World Can (and Can’t) Learn from Scandinavia 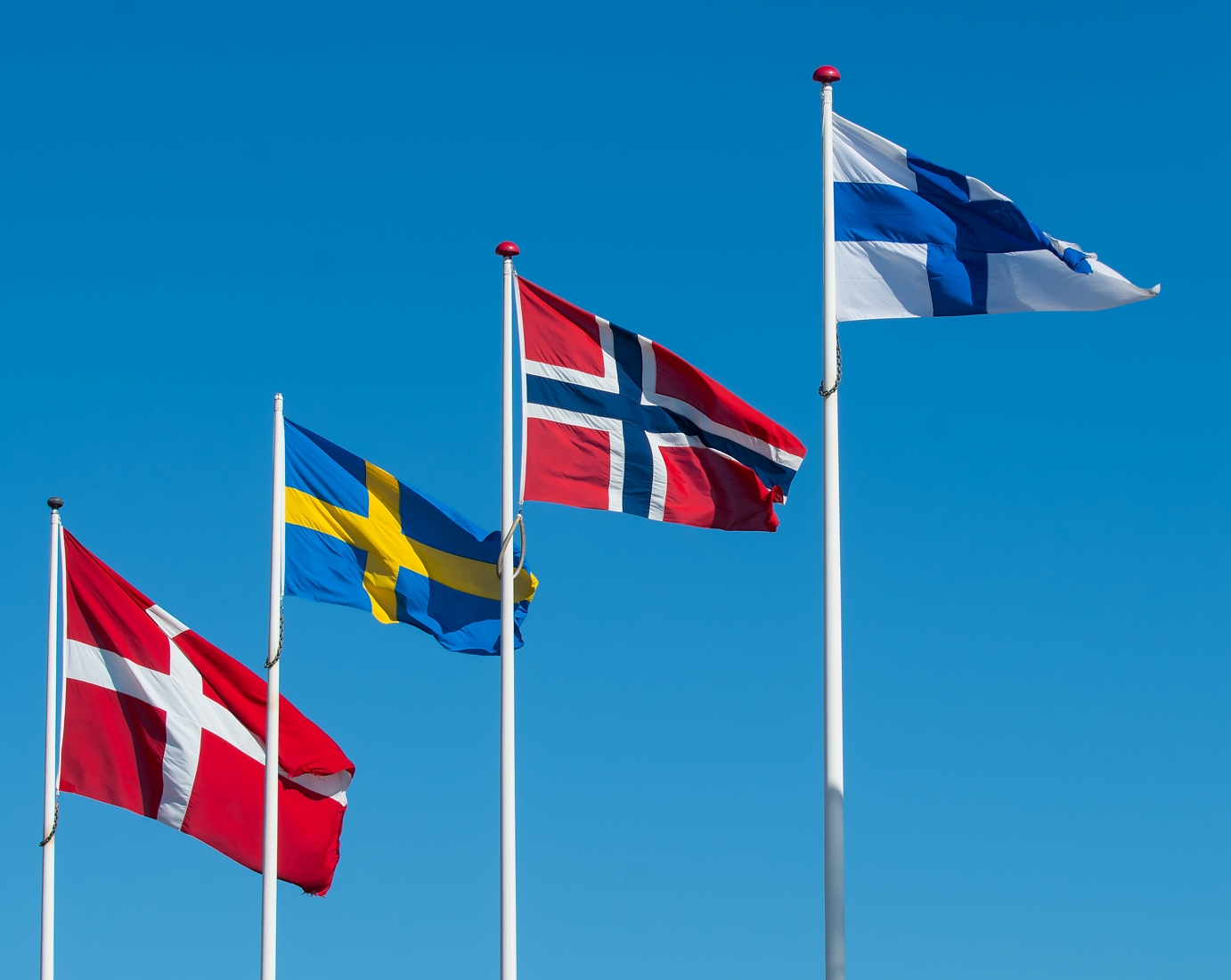 “If you’ve got money, you vote in… if you haven’t got money, you vote out.” Those were the words of a woman in northern Manchester, spoken to The Guardian just a few days before the United Kingdom’s historic vote to leave the European Union, a decision that was advocated most notably by Nigel Farage, former leader of the anti-EU and explicitly xenophobic United Kingdom Independence Party (UKIP). This statement expresses a common intuition that people who feel left behind by neoliberal globalization are more likely to reject it in the voting booth, often by accepting, or at the very least tolerating, the often dangerous and xenophobic positions of the politicians that push anti-globalization policies.

In the final months of 2017, the Brexit vote and the climate of right-wing populism that accompanied it may seem far behind us. Some of us might even have convinced ourselves that the far-right peaked in 2016. After all, one might argue, Marine Le Pen lost the French presidential election in a landslide and Donald Trump’s popularity is at a historic low. This is wishful thinking. If it is indeed true that right-wing voting patterns are causally, or at the very least, correlationally linked to popular dissatisfaction with the global economic system, then we must acknowledge the fact that, unless politicians commit to advocating policies that protect working people against the often harsh tides of neoliberal globalization, the Farages, Le Pens and Trumps of the world will continue to lurk in the shadows, biding their time until they glimpse an opportunity to push their fundamentally dangerous agenda on the dissatisfied and marginalized masses. However, as the case of the rise of the far-right in Sweden (an economically progressive country) makes clear, tensions between locals and refugees from the Middle East and Africa, if not quelled by governments through smart integration policies, can also lead voters to turn to right-wing nationalism. Political leaders will need to address both of these issues simultaneously.

First off, the intuition that economic dissatisfaction is linked to the popular rejection of globalization is born out by the data. Tracking of voting patterns by The Economist, The New York Times and The Guardian reveals that voters in the Brexit referendum who were concentrated in regions that have been hard hit by deindustrialization were far more likely to vote Leave, whereas the elite business and financial sectors of British society, concentrated in London, were by far the most likely to vote Remain. Similar voting behaviour was observed in the 2017 French presidential election, where the far-right, antiglobalization Front National candidate Marine Le Pen won a significant share of the vote in the French north, where, as noted by The New York Times, “deindustrialization has driven high poverty and unemployment.” The paper also notes that “Mr. Macron [Ms. Le Pen’s centrist, pro-Europe opponent who eventually won the Presidency] won by a landslide in Paris and its affluent suburbs, where voters supported his pro-European Union, pro-business platform.” Anti-globalization sentiment can also be found in the American Rust Belt, which has been hit particularly hard by the heavy loss of U.S. manufacturing jobs since the early 1980’s. President Donald Trump’s anti-globalization rhetoric helped him carry Michigan, Ohio, Pennsylvania and Wisconsin in the 2016 presidential election, four Rust Belt states that were key to the President’s electoral victory, despite having voted for President Obama in 2012.

This correlation between popular discontent with the global economic system and the widespread desire to fight against it in the voting booth has been aptly seized upon by the far-right. As mentioned above, one of the central figures in the Leave campaign was Nigel Farage, former leader of UKIP, an explicitly xenophobic political party. Similarly, both Ms. Le Pen and Mr. Trump coupled their anti-establishment, anti-globalization message with fear-mongering about foreigners and outright Islamophobia during their respective presidential campaigns. While Mr. Trump infamously called for “a total and complete shutdown of Muslims entering the United States”, Ms. Le Pen launched her 2017 presidential campaign decrying “Islamist globalization” and its threat to “bring France to its knees”.

Though the implementation of policies that benefit the working and middle classes of the world would surely help stifle the appeal of the far-right, the experience of the Scandinavian countries suggests that economic progressivism is desirable, but not a sufficient tool to suppress right-wing nationalism. The “Nordic Model”, or “Scandinavian social democracy” was held up as a beacon of progressive socio-economic thinking by U.S. Senator Bernie Sanders during his 2016 presidential campaign, and has been praised by progressive author and activist Naomi Klein. The appeal of the Nordic model to progressives is easy enough to understand. In general terms, the Scandinavian countries share a commitment to a strong social safety net, including universal public programs such as free primary, secondary, and post-secondary education, public healthcare, generous pension plans and heavily subsidized childcare. Labour policies are agreed upon and set by representatives of governments, labour unions, and industry. Labour union participation rates are among the highest in the world, with 85.5%, 69%, 67.7%, 66.8% and 52.1% of workers belonging to a union in Iceland, Finland, Sweden, Denmark, and Norway respectively. Public spending, paid for by generally high rates of taxation, represents a significant portion of these countries’ GDP, resulting in poverty rates that are significantly lower than the OECD average. The Nordic countries consistently top World Happiness Reports and rank among the countries with the highest levels of social mobility.

The recent Norwegian election is a perfect illustration of the limited influence of the far-right in Scandinavian politics. Prime Minister Erna Solberg’s winning centre-right coalition includes the populist Progress Party, though that party holds a small minority in the Storting, the Norwegian parliament, having only won 27 seats, compared to the Conservatives’ 48. Labour, the main opposition party, won 55. In addition, Prime Minister Solberg’s campaign focused on tax reform and responsible oil management, not anti-immigration policies or Islamophobic rhetoric. In other words, while Norway has not been immune to right-wing populism, it has only been moderately affected by it, unlike the United States, France, and the UK.

The case of Denmark closely resembles that of its Norwegian neighbours. In the 2015 Danish general election, the far-right Danish People’s Party won more seats than many observers expected (37). However, their performance was poor compared to the that of the Social Democrats, who won 44 seats, and the coalition that eventually formed the centre-right Venstre-led government, which won 53 seats. The government that was eventually formed is composed entirely of Venstre cabinet ministers, with the Social Democrats acting as the Official Opposition. Additionally, according to an October 2017 E-pinion poll of Danish voters, the popularity of both the governing coalition and the Danish People’s party itself has declined since the 2015 election, a continuation of an almost continuous downward trend since election day.

While right-wing populism seems to be nearly absent from Iceland, where no established far-right political party currently exists, the cases of Sweden and Finland are more worrisome. In the 2014 Swedish general election, the Sweden Democrats, a far-right party, won 49 seats in the Riksdag, a gain of 29 seats from the 2010 election and, according to a recent YouGov poll, has recently become the most popular party in the country. In the 2015 Finnish election, the right-wing Finns party won 38 seats, becoming the second most powerful party in the Eduskunta, though it has experienced a steep drop in popularity since.

The moderate rise of the Scandinavian far-right clearly demands a sober and nuanced interpretation of the facts. The relative economic health of Scandinavian workers seems to have largely abated far-right sentiment in Norway, Denmark and Iceland while having had far less of an impact in Finland and Sweden. Though some may chalk this difference off to the comparatively high levels of unemployment of the latter two countries, the gap is not wide enough to entirely explain the discrepancy. More broadly, the very presence of the far-right, however limited, in Norway and Denmark should not be dismissed either. It is significant, for example, that in 2016 Denmark’s parliament passed one of the most restrictive immigration laws in Europe, requiring asylum-seekers to surrender all assets above $1,450 to Danish authorities to help pay for their stay, a law that the Danish People’s Party was strongly in favour of. In Sweden, tensions between native Swedes and refugees (Sweden has taken in more refugees per capita than any other European country) was surely a contributing factor to the rise of the Sweden Democrats. In other words, progressive economics does not necessarily lead to a perfectly open society.

What is the West to do? Should our governments bite the bullet and clamp down on immigration like Denmark? Should they generously open their borders without addressing the concerns of people who feel that their societies cannot absorb the number of refugees who need asylum? The answer to both of these questions is a resounding no. Over 1 million refugees arrived in Europe in 2015 alone. Closing our borders is not an option unless we want to worsen an already devastating humanitarian crisis. It would also be unwise for countries to continue to accept refugees without having the necessary infrastructure to help them integrate their new societies. Countries like Sweden should move as quickly as possible to accelerate job training and language training programs to make new arrivals feel welcome in their new country. Europe, to ease its burden, should also pressure the United States to accept more refugees than they already have. While Sweden, a country of 10 million people, has taken in over 160 000 refugees, the United States, a country of 325 million people, has accepted a measly 85 000. Lastly, the West’s immediate aim in Iraq, Syria, Afghanistan and the Democratic Republic of the Congo should be to negotiate diplomatic settlements to those countries’ respective crises. After all, the U.S.-led invasions of Afghanistan and Iraq during the Bush years played a significant role in destabilizing the Middle East, while the overthrow of the U.S.-supported Congolese dictator Mobutu Sese Seko in 1997 marked the beginning of the devastating Congolese civil war, which has raged in one form or another ever since.

As we have already discussed, however, these policies will not be enough. In order to quell resentment against the global economic order, which will inevitably be seized upon by nationalist parties as a reason to put them in power, Western governments should go the way of the Scandinavians, providing strong social safety nets, investing in education to make it free and therefore accessible to all, and strengthening labour unions to allow workers to feel like they have a say in the outcome of their productive lives.

Let’s give people a reason to vote in.