Racism or Tradition: The Annual Dutch Struggle with Zwarte Piet 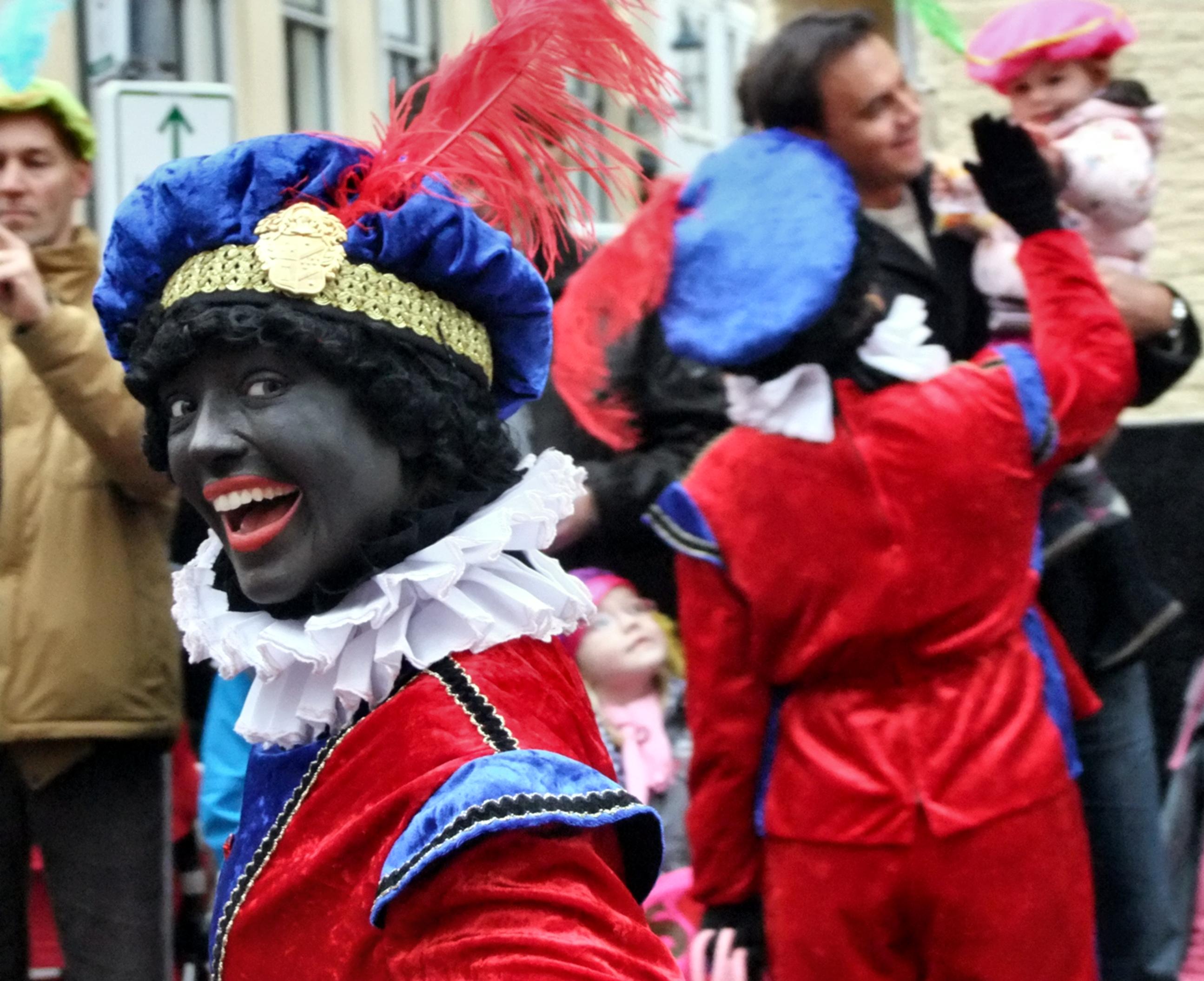 The Netherlands is viewed throughout the world as one of the most liberal and tolerant countries of the modern era. However, what happens when a rise in immigration and increased popularity of xenophobic political parties throughout Europe put the spotlight on one of the most beloved Dutch traditions? Less than a month before the arrival of Sinterklaas (based on Saint Nicholas) in the Netherlands, debates on the image of Zwarte Piet (Black Pete) have sparked once again.

Sinterklaas is a Dutch holiday celebrated on the 6th of December every year, dating back to the Middle Ages, where a man of the same name, based on the figure of Saint Nicholas born on the same day, arrives by steamboat from Spain. He brings candy, Dutch “pepernoten” and presents to all good children and takes the bad children away with him to Spain or spanks them with a chimney sweep’s broom. Alongside him are his helpers, Zwarte Pieten, mischievous men in blackface, with black curly hair, full lips, big round gold earrings and colorful 17th century dress with feathers. Extremely popular throughout the country, the holiday encourages adults and children alike to dress up as Sinterklaas and Zwarte Piet on the 6th of December and offer passersby delicacies followed by the occasional prank.

With the rise in influence of the xenophobic and publicly anti-Islam, anti-immigration Party for Freedom (PVV), led by Geert Wilders, there has been growing unrest from the immigrant and expat population of the Netherlands every year around the time of Sinterklaas concerning the issue of Black Pete as a public figure. From a historical point of view, the character’s image seems representative of 17th century dark-skinned Muslim Moor servants common at the time. However, the change from dark skin to full black-face, red lips and curly black hair seems to strongly hint at African slavery and thus becomes a touchy subject to the non-Dutch population. Several protests and petitions to change the image of Black Pete have taken place, more recently using the slogan “Black Pete is racism”, involving not only the immigrant minority but also Dutch citizens who have taken the cause to heart. However, a vast majority of the population is unwavering and seems unable to admit to this blatantly racist heritage. Many claim that Black Pete is just a mischievous character added to Sinterklaas for a bit of fun. Others claim that the black-face is due to soot as Black Pete passes through the chimneys to deliver the presents, which doesn’t quite explain why his clothes are perfectly clean. More claim even that he is a children’s character and that children do not understand racism; thus the perpetration of a negative stereotype can be waived away by a swift move of the hand. Not only is Black Pete a huge celebrity in December, people referring to him as a symbol of racism during official events such as the Sinterklaas parade could be subject to threats from the police force and, at times, even arrested for public obstruction.

The past few years, the “Black Pete is racism” movement has transcended Dutch borders and started attracting news coverage all over the world. The movement peaked during Sinterklaas in 2013, when a Facebook petition in support of Black Pete gained over 2 million likes. The issue was brought to attention by the Netherlands Institute for Human Rights last July, calling for the government to prioritize racial discrimination on an equal level to homophobia and antisemitism. Dutch communities abroad, for example in Canada and the United States, have expressed the lack of need for black-face when portraying Pete and that the holiday still remains the same in the hearts of the children without the signs hinting to slavery. However, these changes have failed to reach a consensus in the Netherlands, where the majority of the population still refuses to accept the obvious: Black Pete is a symbol of negative stereotypes of colored people perpetrated in the Netherlands; and the holiday would still remain Sinterklaas with a normal Pete, without earrings, curly hair, pulpy red lips and black-face.

Despite the uproar, the movement seems to slowly die out after the holiday, hindering any progress towards a solution to the issue. Non-white immigrants still remain a minority in the Netherlands and the only time real impact is made is when protests happen right in the middle of the display of the Black Pete stereotype. Sadly, it is also not the only negative portrayal of colored people anchored in Dutch culture: schools with a high concentration of ethnic minorities are still commonly referred to as “zwarte schools” (black schools). The Dutch government classifies a school as “black” if it is composed of at least 50% non-western student population and includes students from Moroccan, Turkish or Surinamese descent, regardless of the generation of immigration. There have also been studies that the quality of education in these “black schools” severely disadvantages the future of the attending students. Thus, this not only brings into question this use of segregation terminology but also of purposeful prioritizing of “pure” Dutch children in terms of education and funding.

The Netherlands still has to go through a keen inspection of the stereotypical values anchored in its culture that it seems to perpetrate, despite its reputation for being a tolerant society. Will the growing wave of immigration and international news coverage finally reach a high point where actual change can be made? Or are the Dutch firmly holding the defensive, hiding behind a wall of denial and tradition?