Rajapaksas and Sri Lanka: The Fate of Dynasty Politics 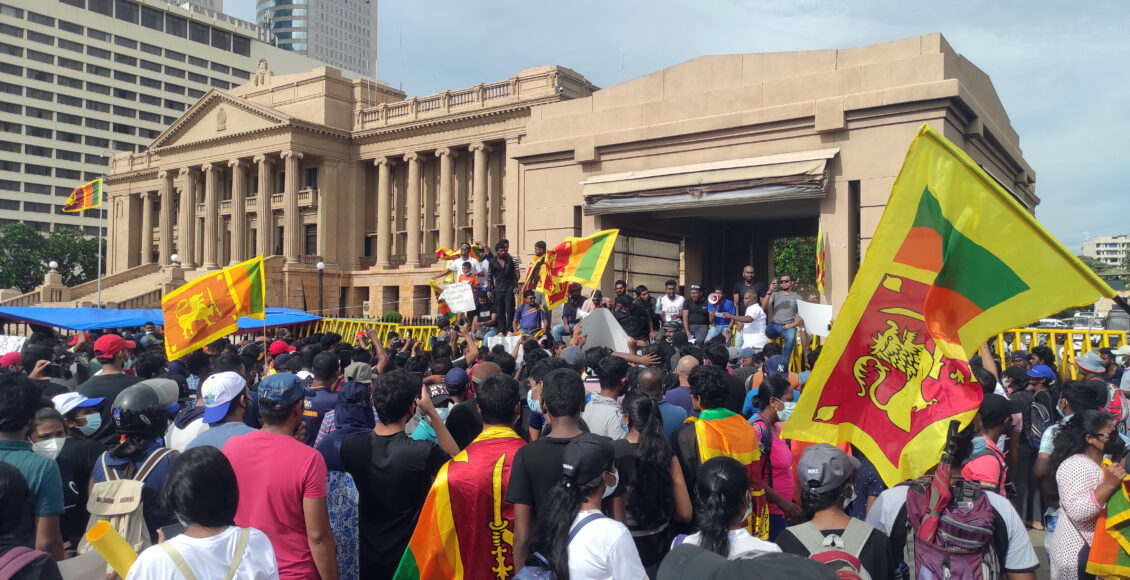 Sri Lanka is about to collapse, and everyone is blaming the Rajapaksa dynasty. On July 13, 2022, after his citizens stormed the presidential palace to protest their suffering, President Gotabaya Rajapaksa fled Sri Lanka. The protestors assert that the ousted President Rajapaksa is to blame for Sri Lanka’s economic turmoil. This claim is not unfounded, as infighting within the Rajapaksa dynasty has been the root of most of their problems. Sri Lankan citizens blame President Rajapaksa and his destructive economic policies. In April 2021, Rajapaksa banned imports of chemical fertilizers in favour of organic farming, decimating the island’s crops and driving prices up. The former president also pushed for the largest tax cuts in Sri Lankan history, accelerating the economy’s nosedive. Rajapaksa eventually reversed both policies, but the damage was already done.

On July 20, after Rajapaksa fled, former Prime Minister Ranil Wickremesinghe was elected as the new president of Sri Lanka. However, his term had an unpromising start when thousands of protestors stormed his office in the country’s capital city of Colombo. According to retired government employee Dharmasena Perera, a lack of faith in the government is causing the crisis. He argues that “[Wickremesinghe] always says things are getting bad and difficult. It seems that he also does not have solutions.” As the greatest crisis in Sri Lanka’s 70-year history, it will take many months or years to repair the damage caused by Rajapaksa.

A nation in crisis

Sri Lanka is facing a humanitarian crisis. President Wickremesinghe says the country is “facing a far more serious situation beyond the mere shortages of fuel, gas, electricity and food. Our economy has completely collapsed.” Sri Lanka cannot borrow money to help assuage this recession, as it defaulted on paying its $78 million USD debt interest for the first time in its history. The state’s inability to pay this instalment destroyed its reputation with international investors. As a result, the Sri Lankan rupee dropped 80 per cent in value, with inflation steadily rising at a rate of 54.6 per cent by June. The cost of staple foods such as rice and wheat flour increased by as much as 160 per cent and 200 per cent, respectively, leading to decreased food consumption for most Sri Lankan households. Medicine shortages are also common, with doctors advising citizens not to fall ill and turning to social media for extra medical supplies.

Furthermore, almost no country or international organization is willing to provide fuel to Sri Lanka. Providers are concerned with Sri Lanka’s ability to afford their oil when their currency is in decline, and Sri Lanka’s Ceylon Petroleum Organization debt is $700 million USD. Since the oil supply is also falling, the Sri Lankan government has restricted fuel sales to essential services like public transportation and power generators, putting a strain on people’s livelihoods. Velu Anna Lechchami, a labourer from a village outside of Colombo, describes how “[t]here is no other option for us. We must work to buy food for the day. We are trying to survive. There is nothing else to do.” Riots have broken out across Sri Lanka to protest the unreasonably long lines for fuel, with some facing open fire from Sri Lanka’s army. The pandemic, inflation, and lost revenue are driving the crisis in Sri Lanka.

The international community was quick to mount a response to Sri Lanka’s predicament. India has been leading talks about aid for Sri Lanka and loaned them $4 billion USD. President Wickremasinghe also considered asking China for assistance, although this decision proved unpopular among Sri Lanka’s citizens out of fear it will add to the country’s unpayable debt. Distrust of Chinese aid remains a prevalent sentiment because ousted President Rajapaksa borrowed using Chinese loans to fund infrastructure projects for 20 years but failed to generate any profit. Still, China has pledged $31 million USD in aid to stop the “humanitarian crisis” in Sri Lanka.

Sri Lanka’s government also negotiated a deal with the International Monetary Fund (IMF) to restore economic stability. However, the IMF concluded that before aid can reach the country, Sri Lanka must first undergo governmental reforms to address corruption issues. The IMF even went as far as to insist that Sri Lanka confirm a stable and legitimate government before they can put forward their agreement. It will be in Sri Lanka’s best interests to meet the IMF’s demands to receive the $3 billion USD in IMF funds for importing food, fuel, and fertilizers.

What does this imply?

The Sri Lankan crisis leaves a battered economy and an uncertain future for the country. The people’s lack of trust in their government only exacerbates the dire conditions its citizens are facing, irrespective of the efforts made by the new government. The Rajapaksas family dominated Sri Lankan politics for years, but have now fallen from grace. Once praised as “Asia’s hidden jewel” for successfully rebounding from a civil war that only ended in 2009, Sri Lanka has now collapsed under the intense pressure of its debts. The country of 22 million has suffered greatly, and the situation may get worse before it gets better. Nevertheless, aid and support are on their way. President Wickremesinghe has stated that Sri Lanka looks destined to fall to “rock bottom,” but this does not mean that the people of Sri Lanka must resign themselves to such a fate.

Featured Image: Anti-government protest in Sri Lanka on April 13, 2022 in front of the Presidential Secretariat by AntanO is licensed under CC BY-SA 3.0.

Russel Ismael is a U2 Mechanical Engineering student. His areas of interest are Asia-Pacific governments, and how their policies affect international and domestic relations.