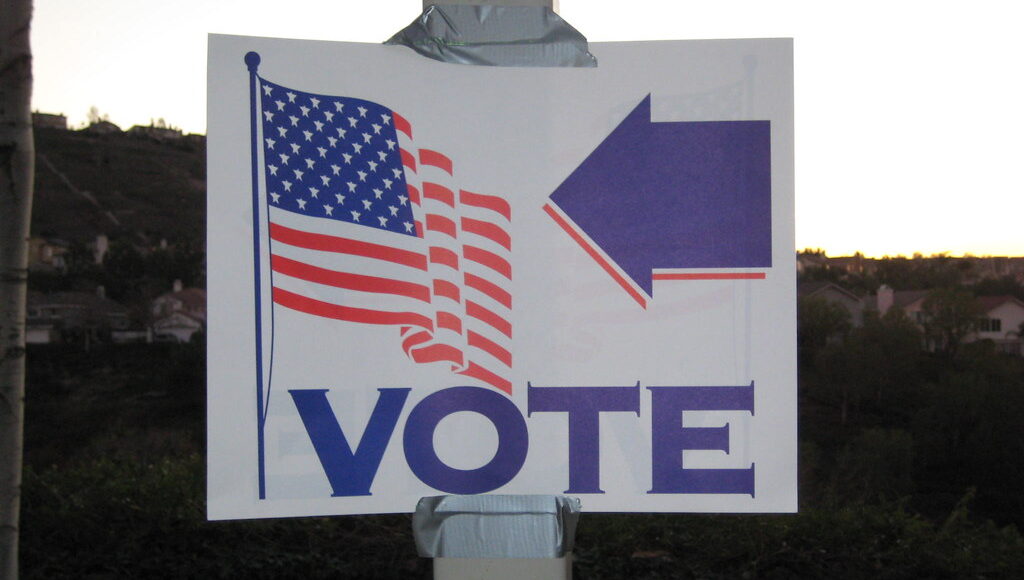 On November 3, Maine is set to be the first American state to use ranked-choice voting (RCV) for the presidential, US Senate, and US House races in place of the traditional “one person, one vote” system, much to the dismay of Republicans who have raised concerns about the constitutionality of RCV.

Like most of the country, Maine previously used plurality voting, where each voter has a single vote, and the candidate with the most votes is elected. With RCV, however, voters rank candidates in order of preference. First-choice votes are tabulated, and if no candidate obtains a majority, the lowest-ranked candidate is eliminated, and their votes are transferred to the voters’ second-choice candidate. This process is repeated until a candidate obtains more than 50 per cent of the vote share.

In a plurality system, votes are often split between similar options, allowing candidates with opposing platforms to obtain a plurality despite having a smaller support base. For example, the 2010 Maine gubernatorial elections mainly consisted of a three-way election between three candidates: Republican Paul LePage, Democrat Libby Mitchell, and Independent candidate Eliot Cutler a liberal with progressive views. On election day, left-leaning voters were split between Mitchell — accounting for 35.9 per cent of the vote — and Cutler — obtaining 18.8 per cent of the vote — which allowed Republican Paul LePage to win the race with a 37.6 per cent margin.

After nine out of eleven previous governors were elected without majority support, Maine voters approved the citizen-initiated referendum on RCV in November 2016 by a 52 per cent to 48 per cent margin. Despite Republican attempts to delay and repeal the law, RCV voting was finally put in place before the November 6, 2018, Congressional District election. As such, RCV allowed Democrat Jared Golden to unseat incumbent Republican US Rep. Bruce Poliquin, who collected the most first-place votes.

Maine 2nd is all tied up at 46% between Democrat Jared Golden and Republican Rep. Bruce Poliquin. If neither candidate gets to a majority, Maine’s unusual ranked-choice voting system will kick in. https://t.co/5YZ3mDz1iU

Coverage of the 2018 Midterms, following Maine’s implementation RVC in Congressional Elections. Courtesy of 538, via Twitter.

The poll results immediately sparked outrage, prompting Rep. Poliquin to sue Maine’s Secretary of State Matthew Dunlap on November 13, 2018. He argued that RCV violated Articles IV and V of Maines Constitution, which establishes that elections are to be decided based on a plurality of votes, or, in other words, the “one person, one vote” principle. US District Court Judge Lance Walker ruled against Poliquin’s claims, upholding the new system, as RCV does not conflict with “one person, one vote,” provided that voters are treated equally.

In 2019, the Maine Senate Legislature passed Legislative Document 1083, extending the use of RCV to presidential elections. Demi Kouzounas, the Maine Republican Party’s chairperson, filed a petition for a veto referendum that was ruled invalid on September 22, 2020, because it had not received enough signatures.

The November 2020 Maine Senate race between Republican Incumbent Susan Collins, Democrat Sara Gideon, and Maine Green Independent Lisa Savage could potentially show the new electoral system’s impact. A poll conducted by the Bangor Daily News on October 6 shows Republican Collins and Democrat Gideon to be neck-to-neck, at 44 per cent and 43 per cent, respectively. In such a tight race, second choice votes for independent candidates Savage and Linn could swing election results either way.

The new system has already altered campaign strategies, as the Maine Green Independent Party asked supporters to vote for Savage first and put Democrat Gideon in second place, as seen on Twitter with #votebluenumbertwo. Indeed, RCV encourages positive coalition politics, thereby discouraging negative campaigning by shifting the focus to political platforms, increasing the representation of people of colour and female candidates during elections. Indeed, the political representation of racialized minorities is increasingly valued by voters, given America is becoming more racially diverse and more educated, which may be disconcerting to Republicans as minorities and college graduates tend to vote Democratic. Likewise, the number of non-college-educated white voters, who typically vote Republican, is gradually decreasing. These shifting demographics could explain why Republicans have made tremendous efforts to suppress voter turnout in the months and weeks leading up to the 2020 presidential elections, along with their vocal opposition to RCV in Maine. Moreover, moving away from plurality-based voting may exacerbate the impact of these demographic shifts, potentially tipping future elections in favour of Democrats.

With the plurality voting system, third party and independent candidates are not given an equal chance at success. In Maine, Independent voters constitute a large proportion of registered voters, accounting for 35.9 per cent as of July 2020. However, most independent voters lean towards traditional partisan affiliations and vote accordingly, with more voters overall leaning Democrat than Republican. Despite this, Independent voters may have a significant impact on the results of the elections. Indeed, American politics is a de facto two-party system that overlooks third-party candidates, who receive less media coverage and struggle to capture voters’ attention.

What’s more, in a winner-take-all situation, voters may feel disinclined to vote for third party candidates, as those candidates are unlikely to win the election. However, with RCV, voters are incentivized to vote for who they genuinely support as they can still back a second candidate. Even if they are not elected, third-party and independent candidates can have a more robust political presence and expanded media coverage, affording them greater name and platform recognition.

Although RCV has its benefits, support for it is not universal. Proponents argue that RCV guarantees that the elected candidate has the greatest appeal to the majority of voters. However, opponents claim that this voting system destroys the integrity of elections by electing a “faux majority” candidate, who may win despite only being the second or third choice of most voters. RCV also pressures candidates to appeal to the broadest base, and may decrease polarization through political convergence to the centre, as observed in Australia. As such, RCV may undermine any candidates who deviate too far from the ideological norm, potentially hindering causes at both ends of the political spectrum.

Other criticisms of RCV derive from its relative complexity, such as the risk of ballot exhaustion, where a voter’s ballot is cancelled in cases where the voter did not rank all the candidates, and the candidates they did rank for have all been disqualified. This complexity can be discouraging to voters. However, proponents argue that RCV can increase voter turnout overall by giving voters more choices, as was observed during the 2020 Democratic presidential primary elections in Nevada, Alaska, Wyoming, Kansas, and Hawaii.

As more Americans become dissatisfied with democracy, RCV has slowly gained traction across the country, with more organizations and cities such as New York City adopting RCV. However, Maine’s early success with RCV isn’t likely to be replicated throughout the US, as its adoption is primarily limited to liberal areas where there is already widespread political consensus.

With only 31 per cent of Americans in support of RCV for local elections, the future of RCV remains unclear. Some states are attempting to join Maine: On November 3, both Massachusetts and Alaska will vote on adopting RCV for state elections. For some, RCV should be established at a state level and in federal elections. The American national electoral system faced scrutiny after 2016 when President Donald Trump was elected without the popular vote. For its proponents, RCV is seen as more democratic than the electoral college. However, instituting RCV systems in the US faces both partisan and legal barriers. Its adoption for federal elections would require constitutional amendments and unanimous support from the states, which is unlikely in the near future. However, Maine’s experience could provide the evidence needed for other states to follow suit and pursue alternative electoral systems that are more participatory, more equal, and altogether more democratic.

Featured image: “Vote!” by kgroovy is licensed under CC BY-SA 2.0.