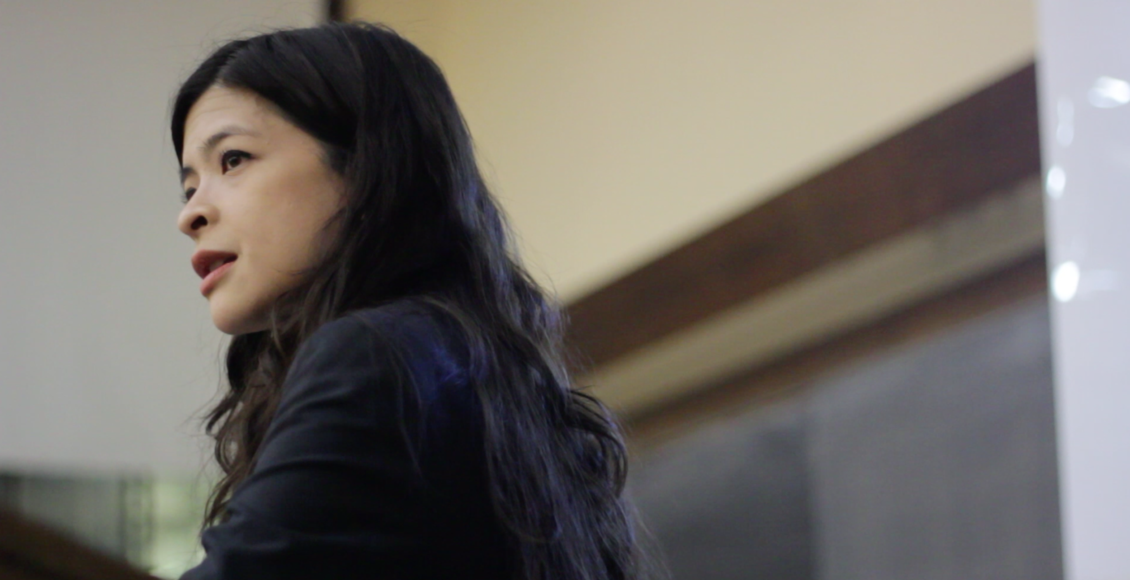 As a part of her tour across Canada, Rappler journalist and 2019 Marshall McLuhan Fellow Patricia Evangelista came to McGill University to lecture on “Reporting the Voiceless: Mainstreaming marginalized issues in the media.” As a reporter and journalist, Evangelista does just that. Her lecture, aptly titled “Covering Trauma,” provided a glimpse into what is needed and required when reporters cover traumatic events and how one can provide a voice to people who are often not afforded such agency. Journalism, as Evangelista made clear, is about real stories and the lived experiences that people face. Subsequently, she presented the potential power and impact that journalism, when approached the right way, can have. In doing so, Evangelista demonstrates a form of journalism that goes against the grain of traditional coverage.

From the outset of her lecture, it was clear that Evangelista goes beyond headlines and click-bait. Beginning with the harrowing story of the Maguindanao Massacre, the deadliest journalism-related event in history, she went beyond the numbers and the bare facts. We heard the voices and stories of the families that the deceased left behind, and when coupled with Evangelista’s ability to convey a story that enables her audience to feel its gravity and emotion, it became clear that covering trauma is something that is inherently personal and ought to be approached with that in mind. Her coverage of Super Typhoon Haiyan, which devastated the Philippines in 2013, followed the same vein. Beyond reporting the number and statistics of the casualties,  Evangelista offered the stories of the survivors, both during and after the storm, and set a scene that illustrated the typhoon’s desperate and life-threatening conditions. As she covered the storm’s aftermath, Evangelista made clear that approaching trauma required nuance, grace, and, most importantly, respect for the survivors, affording them dignity and agency during a time of immense suffering.

Building on this, she tackled the human and sex trafficking that plagues the Philippines. Instead of focusing on the figures and big picture, however, Evangelista told the story and experience of Cassie, a pseudonym of a girl who was once deceived into sex trafficking. Sparing no detail, Evangelista placed everyone in the room in the shoes of Cassie. Again, the focus remained on Cassie and her experience. Even when covering such a chilling and painful story, the emphasis on the human experience never wavered. The story ultimately ended with a rescued Cassie who, in spite of her experience, remained hopeful of her future and refused to let the ordeal define her, demonstrating the strength and fortitude of the human spirit. The optimism would not last, however, as the lecture turned towards Evangelista’s current focus, President Duterte’s War on Drugs. In line with her past work, Evangelista’s award-winning Impunity Series offers more than passing headlines and death tolls. Once more, she provided the human side, chronicling the story of a young girl who witnessed vigilantes murder her parents, all while her father clutched his son in his arms. Despite the attacks on the freedom of the press, she remains committed to telling the human story of Duterte’s War on Drugs. Regardless of her own fears, Evangelista was clear that her job is merely that of a story-teller who is trying to do justice to the courage of those willing to share their stories.

Although Evangelista honed in on events and phenomena that she specialized in, her overall message permeated throughout her lecture. While news and journalism have been criticized in recent years as commodified and sensationalized, reporting on trauma necessitates so much more than covering the basic facts and publishing a story. Rather, covering trauma demands a focus on people, allowing survivors to have agency and control the telling of their story. It requires recognition that, as a journalist, you are present at the worst moments of a person’s life, which, in turn, demands an approach rooted in respect and humility. Often times, coverage fails to do justice to these narratives and voices, leaving them distant, abstract, and often with an aura of hopelessness. Covering trauma, however, must go deeper. It must offer the human story and experience so as to do justice to the courage of the survivors who tell their story. As trauma journalism lays bare the heights and depths of the human spirit, it must personalize and humanize the story, enabling audiences to envision themselves within the narrative. Reporting on trauma is inherently human and personal. Ultimately, Evangelista’s lecture served as a reminder that the fundamental responsibility of the reporter is “to make [the audience] see,” and trauma journalism is “making people imagine.”