Recent Worldwide Protests Are A Call To Action For Democracies

In an era of rising authoritarianism, democracies more than ever need to demonstrate their ability to govern in accordance with their people's needs to validate the democratic ethos. 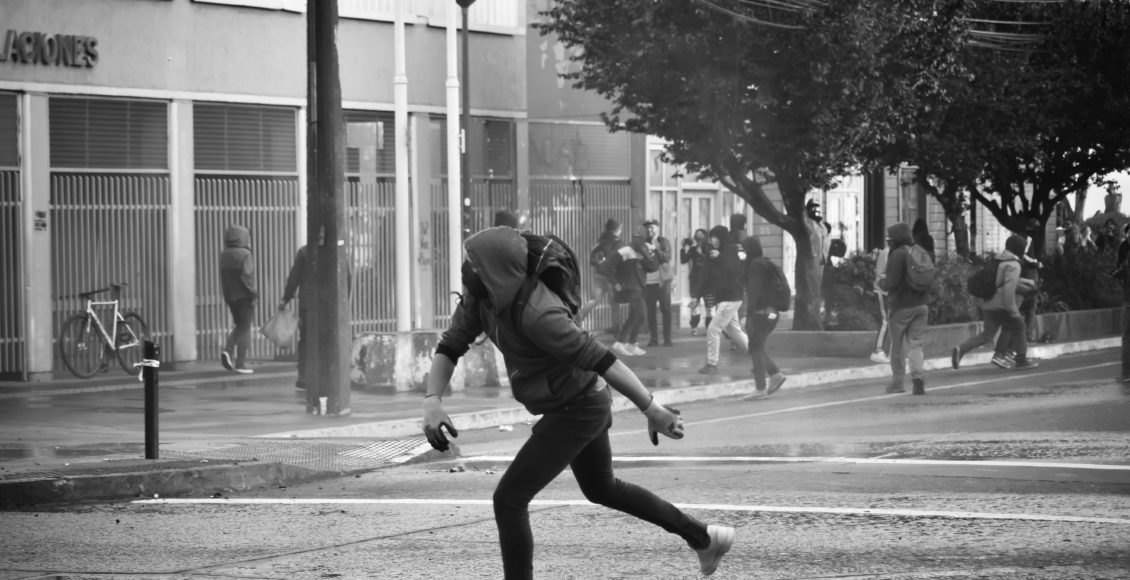 The recent surge in protesters taking to the streets around the world has not been seen since the Occupy Movement and Arab Spring in 2010 and 2011 led to protests in 82 countries. From France to Iraq, to Lebanon, to Iran, to Chile, to Hong Kong, millions have mobilized in outrage during the past year over a variety of issues, including autonomy, autocracy, and austerity. The most attention seems to have gone towards the protests for greater democracy in Hong Kong, which have been heavily covered by the international media. Yet, in an ironic twist, while Hong Kong protesters are fighting for democracy, the vast majority of protests that are occurring right now are taking place in democratic or semi-democratic countries. While the causes of these different protests are diverse and complex, they can be best understood as the product of three issues – poverty, income inequality, and climate change. Furthermore, there appears to be a consistent trend that representative governments are addressing these protests with either brutality or superficial concessions, rather than structural reform.

While these issues are certainly not limited to democracies, one of the supposed advantages of democratic frameworks over autocracies is their responsiveness to their citizens’ needs. In an era of rising authoritarianism, democracies, more than ever, need to demonstrate their ability to govern in accordance with their people’s needs to validate the democratic ethos. The fact that so many democracies are unable, or unwilling, to address the issues of poverty, income inequality, and climate change, especially in light of these protests, threatens the likelihood of the future democratization of autocracies.

Global poverty has slowly been decreasing throughout the world during the past few decades, but in several democratic countries, poverty has remained steady or even increased. For example, in France, poverty rates reached 14.1% in 2017, and continued to be a major issue throughout 2018. When the Gilet Jaune protests, which have gripped France since 2018, were ignited by a proposed tax on gasoline, the protests grew to encompass poverty as a major issue, citing low incomes and high costs of living as some of their most important grievances. In Iraq, the largest protests since the fall of the Saddam Hussein regime emerged in October, in large part due to extremely high unemployment levels, poverty rates, and the lack of electricity and water in many parts of the country. In Lebanon, a proposed tax on Whatsapp messages snowballed into mass protests over government corruption and poverty, with economic instability being so severe that the World Bank projects that “poverty rates could rise from around 33% to 50%” within the next few years.

In each of these countries, elected governments have not responded to these grievances with the structural changes to overcome poverty. Though Macron’s proposed tax cuts for lower-income individuals managed to quell the unrest for a time, the revival of demonstrations on the one year anniversary of the Gilet Jaune protests and the fact that nearly one out of two French citizens believe the protests could come back, shows that Macron’s response to these economic grievances has been insufficient. In Lebanon and Iraq, concessions have been even more sparse, with both governments opting to crack down on the protesters instead of delivering reform. Ultimately, it is clear that poverty has been an important factor in several global protests, yet, the democratic response has varied from insufficient to atrocious.

In addition to absolute poverty, income inequality has also been a major causal factor of many of the protests in democracies around the world. While income inequality is on the decline globally, inequality is entrenched in many of the democratic countries experiencing protests. In particular, Chile, Ecuador, and Haiti have been plagued by riots over the large gap between the wealthy minority and the poor majority. Chile has seen the largest protests since the fall of the dictator Pinochet after discontent broke out over decades of free-market policies. These policies have left Chile’s overall GDP per Capita as the highest in Latin America, but upon closer inspection the income gap is stark, with “half of Chileans earn[ing] below just 400,000 pesos per month (equivalent to $500), and (…) just the top 20 percent earn[ing] more than they spend each month on food, transport, housing, and basic services.” In Ecuador, fury over a proposed austerity package led to mass strikes, and protesters used the opportunity to highlight the disparities between rural and urban areas, as well as the exclusion of indigenous people from economic prosperity. Finally, in Haiti, there has been an outcry over a proposed fuel tax, which has led to mass protests. Protesters are infuriated by the fact that 6 million Haitians live in poverty, which accounts for over half the country’s population.

Again, as with poverty, there is an observable trend of elected governments botching their responses to these protests. In Haiti, opposition parties and the incumbent party have been unable to coordinate a response or even hold new elections to address the protesters’ grievances, leading to continuous protests. Chilean security forces have cracked down on protesters and have been accused of “torture, sexual violence and extrajudicial executions,” while President Sebastian Pinera’s proposal to hold a referendum to amend the constitution has failed to quell unrest. Ecuador did manage to address some grievances after indigenous leaders and the government were able to come to an agreement to increase taxes on the wealthy without implementing austerity measures, which led to a standstill of protests. However, the subsequent choice of the government to begin investigating opposition leaders has put negotiations to a halt, and this threatens to reignite the strikes. Thus, inequality is another issue that has clearly played a large role in the current protests, and the response of elected governments have, similarly to other democracies’ facing protests, resorted to oppression or limited concessions.

Perhaps the most egregious example of democratic governments failing to address protests is the abundant passivity on arguably the single most important issue of the century: climate change. In September of 2019, over 6 million people marched for action against climate change in Canada, Spain, the USA, the Netherlands, New Zealand, and many other democratic countries. Similar protests occurred in May 2019 in 110 countries as school children around the world marched for action against climate change. The danger of the Earth experiencing a disastrous increase in temperature to 4 degrees Celsius is seeming more and more likely. Yet, the response of virtually all democracies has been inadequate.

While measures such as the Paris Agreement, cap and trade systems, and carbon taxes have been implemented in many countries, these incremental solutions are likely not going to be enough to tackle the issue. Scientists have pointed out that there is a need to implement radical “changes to energy systems, changes to the way we manage land, changes to the way we move around with transportation.” Ensuring that all countries achieve carbon neutrality as soon as possible is an extremely important aspect of this crisis, yet only countries making up 17% of the world’s GDP have put such goals into law. Only two countries, Bhutan and Suriname, have reached net neutrality. Some democracies have even opted to completely ignore the issue altogether, such as the US did when Trump announced it would be pulling out of the Paris Agreement. Democracies have been very slow in tackling climate change throughout the world, and rather than suppression or concessions, there has simply been inaction on the issue. Climate Change thus marks yet another issue that democracy is not delivering on, and outraged protests so far have practically been futile.

The Future of Democracy

The 2010s have seen income inequality, poverty, and climate change go effectively unaddressed by many democratic governments, and much of the current swath of global protests can be best understood as an outpouring of frustration with democratic inertia. These protests come at a time when a majority of citizens in many democratic countries are unsatisfied or frustrated with their country’s democratic performance; democracy is arguably facing its worst crisis of confidence since the 1930s. The suppression, brutality, and incompetence of democratic governments in response to these protests does not bode well for democracy’s future prospects.

The fact that democratic countries are not taking the lead on poverty, inequality, and, especially, climate change has the potential to alienate working class and youth voters from government, and risks fostering interest in other, more autocratic forms of government. With autocracies such as China and Russia seeking to export their authoritarian models of government abroad, there is a real danger that there could be a receptive audience among those who are disenchanted with democracy. The 2020s have the potential to be the decade where democracies take the time to engage in introspection, implement structural change to address their citizens’ concerns, and overcome the disastrous consequences of income inequality, poverty, and climate change. Or these protests could be remembered as the first signs of the slow decay of the unresponsive, democratic system of governance, as democracies floundered and failed to overcome the pressing challenges of the 21st century. Ultimately, the elected governments of the world will decide if democracy sinks or swims.

Feature Image is of a Protester in Chile in 2019. Photo by “cameramemories”. Licensed under CC BY-NC 2.0