Reconciliation and the Dirty War in Argentina: The Specialized Agency on the National Commission on the Disappearance of Persons 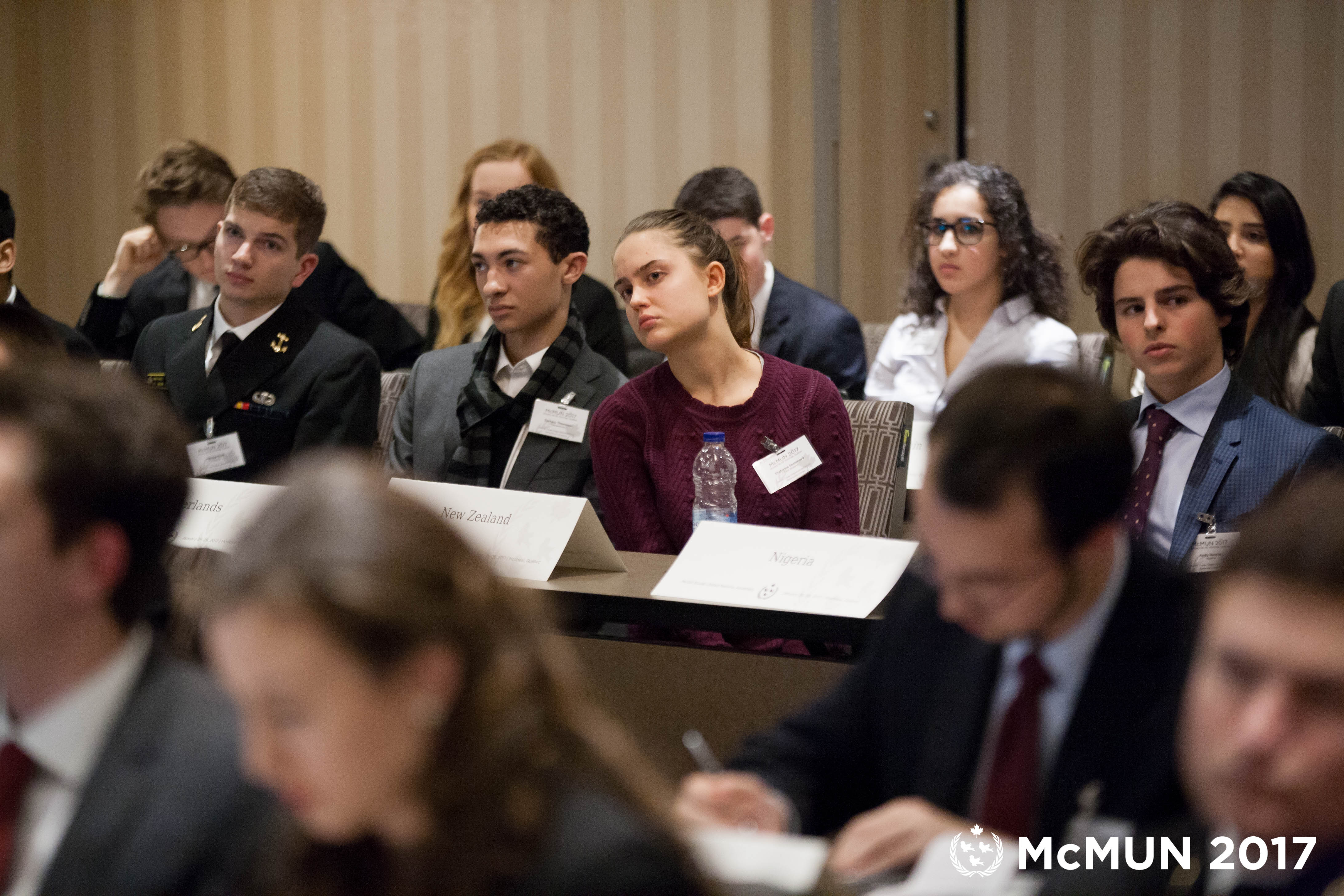 The Specialized Agency known as the National Commission on the Disappearance of Persons can be described in 5 words: Spanglish, civilized unmods, and well-prepared delegates. Taking place in 1983 Argentina, the delegates take on the role of historical figures that bring a wide range of different points of view to the table. Members of the Argentinian government, an American invited member, a religious leader, and an author are among the individuals discussing how to lead the investigations regarding the disappearances during the Dirty War — a period of Argentinian history from 1976 to 1983 in which the military dictatorship sponsored the kidnapping and murder of thousands of innocents that were suspected of being government opponents or dissidents. These came to be known as los desaparecidos; “the disappeared.”

Socrates Alvarez, committee director, expressed how this Commission was a historical milestone — not only because it is the first English-Spanish bilingual committee at McMUN, but because it set up a series of parameters for other countries that have undergone this kind of trauma to reconcile the people with the past and bring justice to the afflicted: “So the people can move forward as a society.”

When asked what his expectations for the delegates in this committee were, Vice-chair Victor Percoco said that, ideally, the Dais “would like to have the delegates establish a framework that would ease legal prosecutions and show to the international community how Argentina is healing from the wounds of the dictatorship.” Furthermore, he remarks that the diverse points of view “add life to the committee, cause fruitful debate, and allow for stances to be re-evaluated.”

Delegates in this committee can look forward to challenging crises throughout the weekend that will force them to think of original ways to deal with the fear caused by the aftermath of the Dirty War — a fear that prevents witnesses from testifying and investigations from bearing fruit.