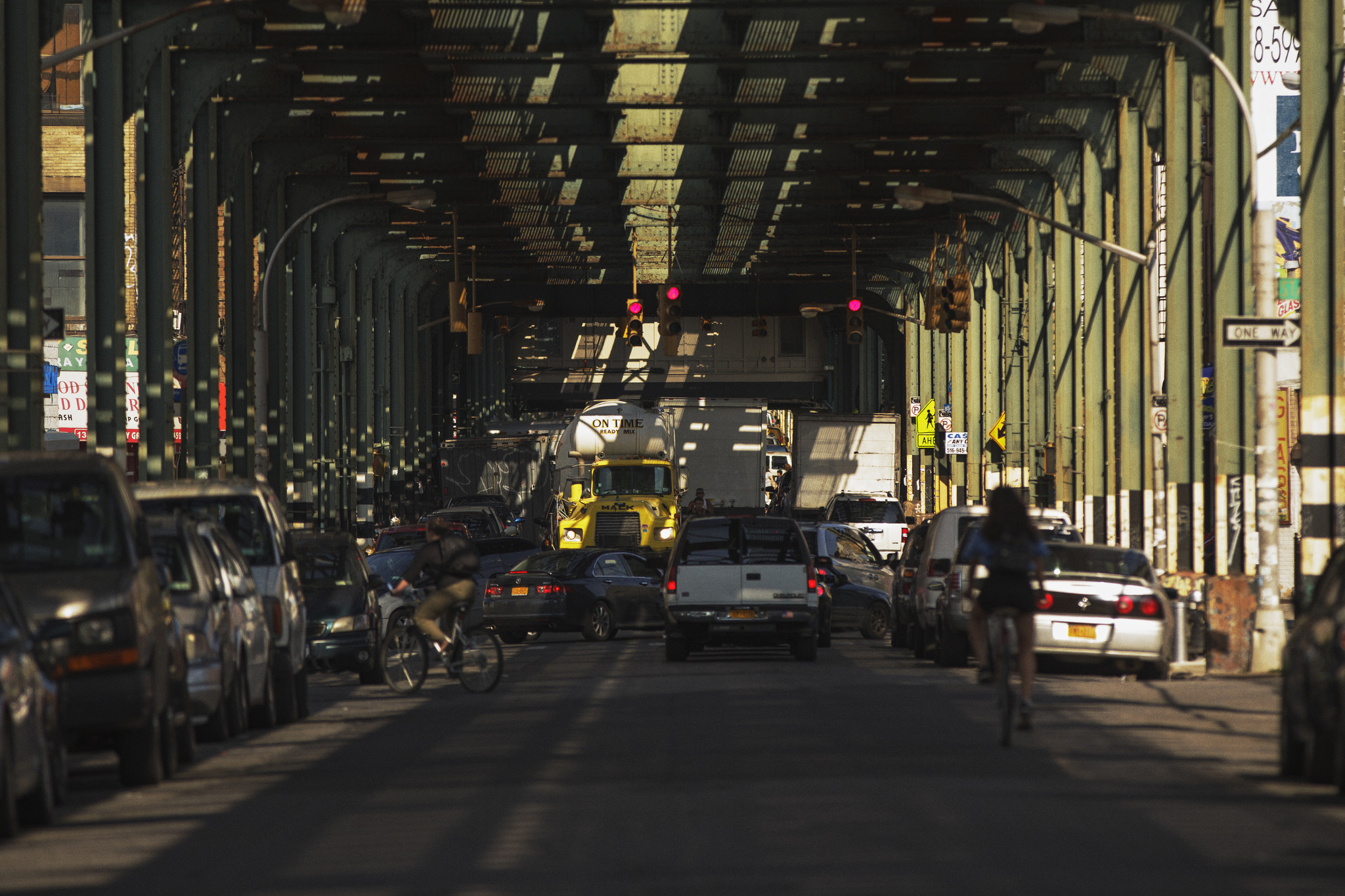 In recent history, partisan voting patterns in the United States have become remarkably stratified by community type. In 2008, 45% of rural voters and 63% of urban voters voted for Democrat Barack Obama over Republican John McCain. In 2016, just 34% of rural voters and 59% of urban voters voted for Hillary Clinton over Donald Trump. However, in politics nothing is truly homogenous. There will always be Democratic bastions in rural areas and Republican ones in urban areas. Many rural Democratic strongholds are college towns and a number of urban Republicans cluster in affluent sunbelt metropolises like Jacksonville, Florida. However, strangely enough, there are a handful of neighborhoods in places like Chicago, New York, and Philadelphia that counter the national trend by not only voting Republican but becoming more Republican in the era of Donald Trump. Why do these neighborhoods buck the trend of Northern urban areas moving towards Democrats?

New York City provides a fascinating test case. While it elected a number of Republican mayors over the years, from liberal Republican John Lindsey in the late 1960s to Rudy Giuliani in the 1990s and early 2000s, New York City today is one of the United States’ most staunchly Democratic cities, owing to its diversity and cosmopolitanism. Mayoral elections are no longer heavily contested events outside of the Democratic primary; incumbent mayor Bill De Blasio defeated Staten Island Assemblywoman Nicole Malliotakis by a 35% margin, winning every borough but Staten Island.

Yet still, New York City contains another GOP bastion outside of Staten Island. One is in Southern Brooklyn, where it remains possible to draw a clean-looking Republican-leaning Congressional district entirely within the borough.

This fact shocks people, especially because Brooklyn is strongly associated with American liberalism due to its identification with left-leaning millennials and immigrants who make up 40% of the borough’s population. However, there are through major concentrations of Republican strength. Borough Park, followed by Dyker Heights/Bay Ridge/Bensonhurst to the south, and the combined Bath Beach/Little Odessa area south of this trio. Just what makes this portion of southern Brooklyn Republican?

Borough Park’s Republican leanings accompany religiosity. The reason for its stronger-than-average Republican performance is the neighborhood’s heavily Orthodox Jewish population. Portions of Borough Park voted upwards of 80% for Donald Trump over Hillary Clinton. In the Republican primary, however, Borough Park was not a particularly strong area for Donald Trump, voting for Ted Cruz with around 70% of the vote. Other heavily Orthodox communities in New York State, such as the primarily Hasidic town of Kiryas Joel, also heavily supported Ted Cruz in the Republican primary and Donald Trump in the general election. This support for a tea-party-aligned Texas Senator may seem strange in New York, but can largely be explained by Cruz’s consistent outreach efforts in the Orthodox Jewish community, also underlining the group’s conservatism. While 70% of American Jews support Democrats and 65% of Jews approved of then-President Barack Obama in a 2013 poll, just 33% of Orthodox Jews and 28% of Ultra-Orthodox Jews approved of his performance. David Pollock, associate executive director of the Jewish Community Relations Council of New York, found in post-election studies that there was a correlation between the density of traditionally religious Jewish communities and support for Donald Trump. This community has always been more conservative, due to social conservatism and strong pro-Israel views, than its surroundings in New York, leading to some interesting results. For years, the predominantly Orthodox South Brooklyn neighborhoods have elected Simcha Felder as their state Senator, a conservative Democrat who caucuses with the Republican Party, maintaining Republican control of the New York Senate. Felder is quite conservative by Democratic standards, receiving high ratings from right-leaning organizations like anti-tax group Unshackle Upstate and the Conservative Party of New York. In fact, the New York Democratic Party symbolically expelled Felder with a non-binding resolution. Moreover, longtime local Democratic State Representative Dov Hikind recently decided to support the Republican Party. This partisan fluidity is rare in other communities, especially as the United States continues to become more polarized along partisan lines. Brooklyn’s Orthodox Jewish neighborhoods see politics through the lens of individual candidates more than party lines, it seems, rewarding political independence from elected officials and bucking the rest of New York to support conservative-leaning candidates.

Another prominent Brooklyn Trump enclave is the Dyker Heights/Bay Ridge/Bensonhurst area, a trio of neighborhoods just south of Borough Park. Tucked away from the Brooklyn popularized by Instagram stories, this trio of neighborhoods is heavily Italian-American, but diversifying with immigration from East Asia and the Middle East. While some precincts in this area voted for John McCain and Mitt Romney, many precincts became more Republican in 2016, with some even flipping from Obama to Trump. Unlike Borough Park, however, in the Republican primary, these neighborhoods supported Trump with a considerable percentage of the vote, upwards of 80% in some precincts.

These areas differ from Borough Park in that their Republicanism is not as easily explained through a lens of religious conservatism, although it remains a factor. As noted, these areas are heavily Italian-American. Italian-Americans have been and remain quite Catholic, which is accompanied by socially conservative values. As the Democratic Party has lurched left on social issues, many ethnic Catholic-Americans have felt left behind by the party they once supported. Even local Democrats, like 2017 City Council candidate Justin Brannan, tack to the right on cultural issues because for example, the district supports Christopher Columbus Day (a target of liberal Democratic Mayor Bill De Blasio) and is deeply concerned with moral issues like abortion. This certainly helps explain the conservatism of Bay Ridge, Bensonhurst, and Dyker Heights, but it does not alone do so.

Historical and continuing racial animosity adds another dimension to the area’s turning towards Donald Trump. In August 1989, a young Black teenager, Yusuf Hawkins, was attacked and murdered by a gang of mostly Italian-American youth who ambushed him as he walked through the area. This incident set off weeks of protests led by Al Sharpton and others; however, some White Bensonhurst residents taunted and attacked Black protestors, demonstrating the extent of racial tension in the neighborhood. Even today, these largely insular neighborhoods in Southern Brooklyn experience racial tension. Local high schools have reported incidents of race-based bullying, especially following Donald Trump’s victory. Some residents of neighboring Dyker Heights have expressed resentment at a growing influx of Middle Eastern and Asian immigrants moving into the area. The parts of Bay Ridge that voted for Trump, however, remain some of the Whitest portions of Brooklyn. Related to this racial issue is the fact that residents of Dyker Heights and Bay Ridge are far more likely to work in law enforcement than residents of the average New York neighborhood. Areas of the country with a heavy concentration of law enforcement officers are more likely to support Trump due to his controversial “blue lives matter” rhetoric. After all, the Fraternal Order of Police, the US’ largest police union, endorsed Donald Trump during his 2016 campaign, as did other pro-police groups. Amidst a difficult dialogue between activists seeking necessary police reforms and recalcitrant law enforcement unions, polarizing rhetoric like “blue lives matter” gains traction among blue-collar communities like Dyker Heights that house many officers. The conservatism of these Brooklyn neighborhoods is attributable to both social conservatism and cultural tension.

Finally, to the South of the Dyker Heights-Bensonhurst Corridor lie Brighton Beach and Little Odessa. Here, Trump support was common, both in the primary where he carried some precincts with over 80% of the vote, and the general, where he replicated this feat. This area contains approximately 30,000 regularly-voting Russian-Americans, more than enough to swing local races to Republicans at times. After former Congressman Anthony Weiner resigned in disgrace due to a sexting scandal, Russians in Brooklyn helped deliver his former Congressional seat to Republican Bob Turner in a special election. In fact, a study of Russian Jewish New Yorkers, which make up much of Brighton Beach’s Russian population, found that among this community 85% of registered Democrats, 86% of registered independents, and 98% of registered Republicans voted for Republican Bob Turner in the special election. Unlike many other immigrant groups, who vote for Democrats largely due to their more pro-immigration policies, Russian-Americans lean rightward. Oddly enough, Russian-speaking voters tend to oppose strongman Vladimir Putin, yet still support Donald Trump, who shares some of Putin’s strongman characteristics.

This intriguing political inclination can largely be explained by factors surrounding the economy and the role of government. Immigrants from the former Soviet Union, horrified by their experiences under totalitarian communism, tend to oppose anything that reeks of socialism and thus often support right-leaning ideas involving smaller government. Some contend that immigrants from the former USSR generally distrust the state because for many years the state was opposed to their interests. While the Democratic Party is not a socialist party, its leftward tilt and the emergence of more and more democratic socialists repel many Russian-American voters. The aforementioned study notes that for Jewish Russian-Americans, the two most important issues are the economy and Israel. While non-Jewish Russians may not be as inclined to vote based on Israel, their concerns about the economy coincide with fervent anti-Communism to build Republican support. Thus, economic and governmental factors largely explain the longstanding GOP voting pattern among Russian-Americans, accounting for another red part of Brooklyn.

A political tour of these three Trump-favorable Brooklyn neighborhoods reveals insights into the nature of Northern Urban Republicanism. Although New York-specific, these lessons apply to other cities. For example, Pikesville, a close suburb of Baltimore, Maryland, hosts a large Orthodox Jewish community, albeit smaller than that of Brooklyn, and contains a precinct that gave Donald Trump 45%, voting far more Republican than surrounding areas. Mount Greenwood in Chicago seems analogous to the Bensonhurst/Dyker Heights/Bay Ridge area. Mount Greenwood is similarly a White Ethnic area, predominantly Irish, with a heavy concentration of law enforcement officers (making up a whopping 10% of the neighborhood) and a history of racial tension. Predictably, the area was one of Trump’s strongest in Chicago, both in the general election and in the primary. In Philadelphia, like Little Odessa, the Russian enclave of Bustleton remains a bastion of Trump support. What these examples, and countless others, reveal is that no meta-narrative of Democratic shifts fully describes urban politics. While rural and urban areas continue to diverge politically, Brooklyn gives three examples of Northern urban Republicanism holding on and even growing in the age of Donald Trump.