Reflections on the 1919 Winnipeg General Strike: 97 Years On 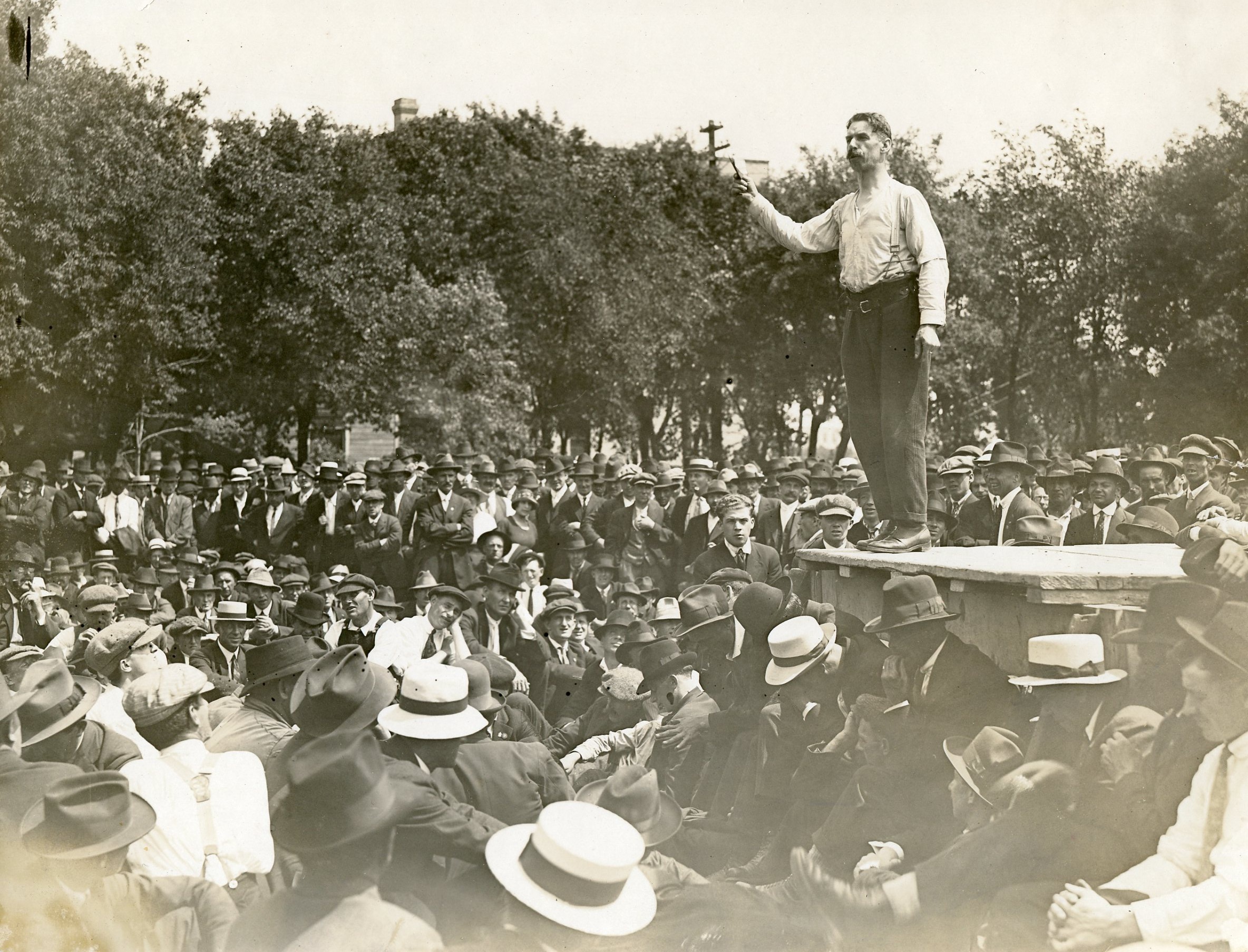 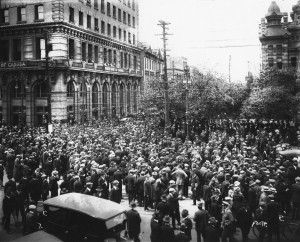 97 years ago this week, on May 15th at roughly 11 AM, virtually all workers in the city of Winnipeg were on strike. 30,000 people (including firefighters) walked off the job in a massive showing of class and labor solidarity. It was the result of a perfect storm of a combination of factors: growing unrest during the post-war period due to unemployment and inflation, the success of the Russian revolution of 1917 and a rising revolutionary industrial union movement in Canada. The General Strike of 1919 would become a landmark event in Canadian history, involving such famous Canadian political figures as J. S. Woodsworth (future leader of the Co-operative Commonwealth Federation (CCF), the precursor of the NDP) and would forever influence the political views of those who witnessed it, such as future premier of Saskatchewan and first leader of the NDP, Tommy Douglas.

Immediately after the general strike had been called, a group that called themselves “The Citizen’s Committee” had formed. They referred to the protesters as “alien scum,” joining the chorus of such publications as the Winnipeg Citizen that dubbed the strike “a determined attempt at Bolshevism and the rule of the Soviet.”[1] Members of the government were not too fond of the idea of the strike either, as we can tell from the words of future Prime Minister Arthur Meighen (then Solicitor General): “The leaders of the general strike are all revolutionists of varying degrees and types, from crazy idealists to ordinary thieves.”

The strike was nothing of the sort, however, but was rather, as J. S. Woodsworth put it, “an attempt to meet a very pressing and immediate need,” such as the need for a livable wage. Additionally, the strike also demonstrated what happens when workers stand up for themselves and their families, and that economic justice was possible through popular struggle. However, this was all cut short when the federal government at the request of the Citizen’s Committee – having never met with the strike organizers –  intervened violently culminating in the events that formed what is now known as “Bloody Saturday.”

The mayor of Winnipeg demanded through legislation the workers return to their jobs, and upon their refusal, broke the strike through the use of the Northwest Mounted Police (NWMP), who were brought in alongside 200 odd “special constables.” These constables had been hired, at twice the daily rate, to replace the local policemen who had refused to break the strike..[2] On Saturday, June 21st, the NWMP

stormed the crowd of strikers and opened fire, causing the deaths of two protesters, the injuring of thirty-four and the arrest of ninety four. After being provoked by the NWMP, there was some violence on the striker’s part as well. The workers, fearing further violence, went back to work on June 25th. The strike was successfully crushed as the state successfully flexed its muscles in the face of worker solidarity. The events of Bloody Saturday can be described best by Tommy Douglas: “Whenever the powers that be can’t get what they want they’re always prepared to resort to violence or any sort of hooliganism to break the back of organized opposition.” [3]

The allegory of the 1919 General Strike could not be anymore pertinent today. Although the situation of contemporary workers may not be as violent or dire as the events of that fateful day in June, many workers in Canada, and in Manitoba especially, are facing similar affronts to their rights as labourers. Several examples abound already when looking at our current government, from their wishy-washy support of the disastrous Trans-Pacific Partnership to their (now-passed by one vote earlier this week) Bill C-10 which kills 2600 jobs, taking much-needed Air Canada jobs out of Canada and undermining the voices of thousands of workers who had been trying to negotiate and litigate. Even in the province where this landmark strike took place, worker’s rights are now being threatened more than they have been in years. Newly-elected Progressive Conservative (PC) Premier Brian Pallister has vowed to weaken Manitoba’s labour laws by forcing mandatory secret ballots on workers who seek to unionize, which could give more power to the employer to influence workers (see more information via this link).

If the strike has taught us anything, it is that when governments do not get their way, they will resort to methods that are both unfair and inaccessible to the average citizen. In 1919, this took the form of a violent police force, and today it is through the use of legislation. However, the strike also showed us that if workers and rest of society stand together, they can accomplish great things. This has been true for much of the Canadian labour movement’s history, from the fight for a shorter work week in the nineteenth century to maternity leave and parental rights in the 70s.