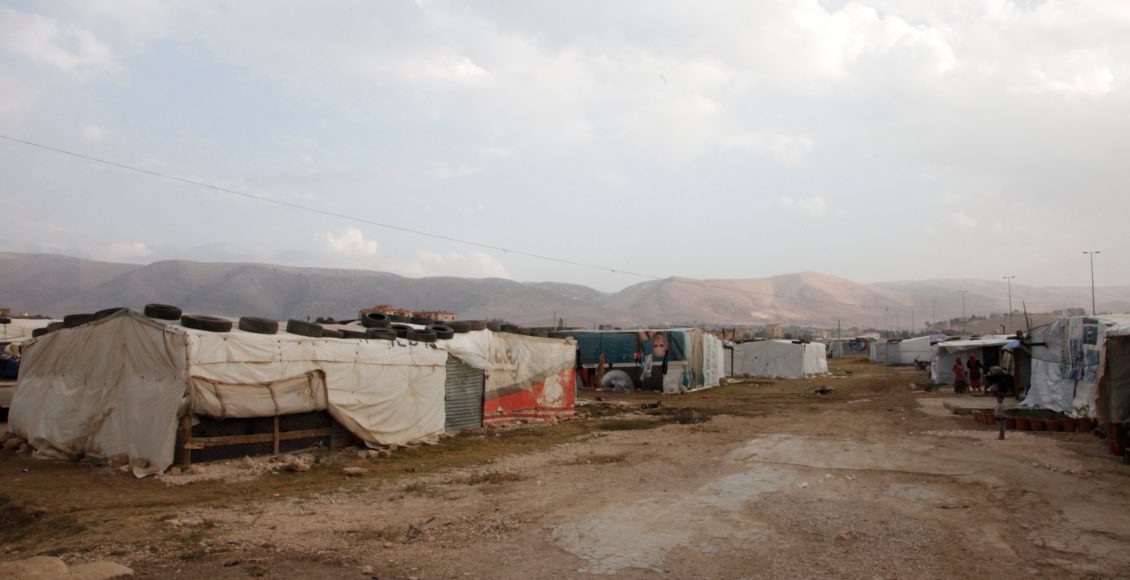 The seven-year Syrian war is coming to an end. Bashar Al-Assad’s regime, thanks to the support of Russia and Iran, has regained control of a large part of the country, apart from the northwestern region of Idlib, the last rebel stronghold under scrutiny by all the actors of the war, and the North-East of the country, controlled by the Kurds in an ambiguous agreement with Assad. With the end of the conflict comes the issue of reconstruction of the country, and most importantly, the issue of the return of the approximate 6.6 million internally displaced people (IDPs) who fled their homes but remained in Syria, and the 5.6 million refugees and asylum seekers who crossed the Syrian border. Most of the latter fled to neighbouring Turkey, Jordan, and Lebanon; who have been hosting more than 5 million refugees, bearing most of the burden of this war due to an appalling lack of cooperation on the part of the European Union, which only hosts 1 million refugees. When taking into consideration the resources of the EU in comparison to that of Syria’s neighbouring countries, the unfairness is striking and speaks volumes about the international solidarity – or lack thereof – when it comes to humanitarian crises. For the past seven years, it seemed as nothing could curb the outgoing flow of refugees, and as if no country would welcome them.

However, since the beginning of summer 2018, Syrian refugees abroad have begun to return to their country, mostly from Lebanon. The returns are part of an agreement between the Lebanese and Syrian governments, and while no fully accurate number is yet available, the Lebanese National News Agency claims that 850 refugees have returned to Syria, and more than 750 000 IDPs displaced within Syria have returned home, encouraged by the decrease in violence and the regime’s claims about the safety of  returning. The Syrian regime and Moscow have been boasting about the beginning of their joint reconstruction efforts, encouraging exiled Syrians to come home. Both have been sending a clear message: Syria is safe now and is ready to welcome you back. Yet, how can this message be trusted, after the world witnessed the use of chemical weapons on anyone who stood in Assad’s way? Indeed, many refugees have fled the military violence, but what can ceasefires and military victories guarantee for those who fled political repression?

Moreover, in spite of the Russian diplomatic efforts to reassure the international community, the United Nations clearly does not deem the situation safe as of today. Using the “durable solutions” framework, which outlines three options for refugees exiled out of their country: voluntary repatriation, resettlement in a third country and local integration, this framework has been used since 2003 as a reference by the United Nations High Commissioner for Refugees to respond to refugee crises worldwide. The UN agency argues that the durable solution offered by Assad’s regime – voluntary repatriation – is not underlined by a commitment to non-violence from all sides of the conflict, particularly on the part of the regime itself notably through the use of forbidden chemical weapons on civilians.

The years of conflict have made it increasingly hard to see what a “safe return” would entail in the Syrian context. Apart from the destruction of the country, the diaspora of Syrian intelligentsia, and the trauma endured by the population, it seems like Syria is back to square one: a despotic ruler, strengthened by regional and international allies, and no sign of willingness to enter in a respectful dialogue between different political entities. Under such conditions, the return of refugees seems premature, at least until the Assad regime commits to ending human rights violations and political persecution.

Surely, such commitment won’t happen before full territorial recovery by the Syrian Arab Army, the regime’s army. The Province of Idlib is the last rebel bastion in the country, and Turkey and Russia who support the rebels and the SAA, respectively, agreed to the demilitarization of the area on September 17th, 2018. While some Turkish-backed rebel groups have started turning in their weapons, the Salafist jihadist group Hayat Tahrir al-Sham (HTS), the leading rebel group in Idlib, is not willing to back down. The group has reportedly been arresting and torturing anyone in Idlib who advocates for surrender, or even for entering talks with the regime. It has entered a game of chicken with the regime’s forces, and while Russia has committed to demilitarization, the SAA has not: no agreement is in place to deter the regime’s armed forces to intervene. A big showdown to assert Assad’s dominance, similar to the extremely violent regime clampdown in Aleppo, which claimed the lives of at least 23 604 civilians between 2012 and 2016, seems very likely if HTS and the SAA maintain their positions, raising further doubt regarding the safety of a potential return of refugees.

Why the rush, then? While Assad has recovered a significant part of the Syrian territory, promoting the return of refugees before the complete end of the war is a risky move for the regime, but it has benefits for both Assad and Moscow, too. For the regime, demonstrating actual efforts to welcome back exiled Syrians can help it clean its less-than-shiny international image, as well as enforce and consolidate its victor status to regional powers and armed groups. Moscow gains from helping return refugees because it shows its reliable character as an ally and gives their side of the conflict some leverage to engage in cooperation with the West, as the latter has a strong interest in supporting these efforts, given their poor records as hosts. The regime also needs Western political cooperation and resources to stabilize the country. Secondarily, promoting the return of refugees is another opportunity both regimes to brag about defeating the United States-led coalition.

While it is tempting to have faith in the possibility of a safe return for Syrian refugees, decisions by the Assad government regarding where refugees should be returned to clearly follows demographic political and sectarian lines to ensure that each region has an approximate majority of the population supporting – or at least peacefully tolerating – the Assad dictatorship, demonstrating that Assad’s priority is to secure his territorial domination. At what cost, then, can Syrian refugees abroad return “home”, if they can at all? Under such circumstances, Syrian and Russian diplomatic advocacy for the return of refugees appears more like an instrumentalization of one of the last decade’s most pressing international issues to raise reconstruction funds and political capital they badly need, a public relations stunt which is working because of the urgency Syria’s neighbours – especially Lebanon – feel when it comes to lightening the burden they bear as the main host countries. Syrians deserve better than being treated as political weapons or liabilities: they deserve to be the number-one priority.