Religion and Politics in Malaysia: A Possible National Destabilization? 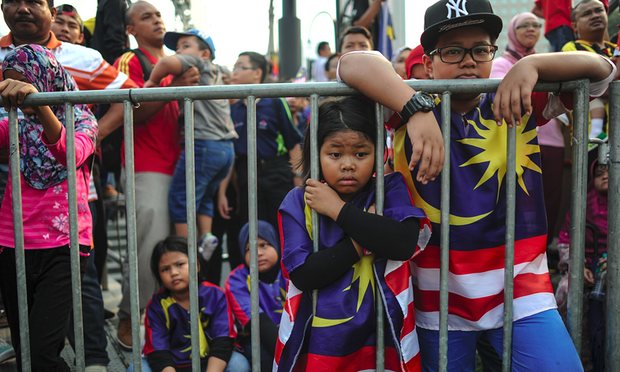 With a multi-ethnic and diversified population in terms of religion, the political systems in Malaysia are crucial in maintaining any semblance of co-operation and order. This same sense of order is under threat by violent discourse on the part on Malaysia’s Islamist opposition party, the Pan-Malaysian Islamic Party (PAS), For decades, PAS has advocated for the legalization of barbaric punishments for Muslims including stoning and beheading, and wishes to implement hudud punishments (punishments which are mandated by God under Shariah law) nationally. Another issue plaguing Malaysian society is the marginalization of non-ethnic Malays and non-Muslims in almost every sector of society.

Is there even a need to consider erroneous appeals from an opposition party? Several reasons signal that this is worth analysing. Firstly, the current party in power, which has dominated Malaysian politics for almost six decades, United Malays National Organisation (UMNO) is seeing a decline in its voter base particularly due to the institutionalized corruption within the party. Najib Rizak, the leader of the party and current Prime Minister has been indirectly accused of manipulating the state coffers; he has acknowledged that $681 million showed up in his bank account  and claims that this was from legal donations, most of which was returned. Interestingly enough, Mr. Rizak controls 1Malaysian Development Berhad (1MDB) which a recent U.S probe has declared to be the main source of the funds in his personal account.

1MDB was deigned by the Malaysian government to promote economic development and the funds were intended to support the Malaysian people. These funds were primarily laundered  through American financial institutions. The U.S Department of Justice, referring to the funds, issued a statement saying “… Instead, they were stolen, laundered through American financial institutions and used to enrich a few officials and their associates,” This declaration of corruption was not received well by the population, thus, the UMNO is clinging on to any tool possible to maintain its power. This political situation does not mirror any precedent; far from winning an outright majority, the UMNO has recently seen the worst electoral performance since Malaysian independence in 1957; heavily relying on gerrymandering to remain in power.

Why is this relevant? The UMNO’s decline and fear of losing its power has shifted its stance on the issue of Islamic punishments to be more aligned with that of PAS. Moderate Malaysians are disgraced the government’s political performance and its new stances. The PAS has been allowed to introduce a bill expanding Islamic punishments to include 100 lashes with a rattan cane for adulterers.

Advocacy of these types of punishments has co-existed with the rise of Salafism (a strictly Sunni ideology that has sought to purify Islam and return to its true version). More importantly, Salafism Malaysia fosters a fertile ground for the growth of ideology consistent with that of ISIS. There has been increasing anti-Shi’ite actions by the Malay government, as was seen  “In the state of Selangor, where Shi‘ites have been arrested for performing their rituals; in December 2010, about 200 Shi‘ites, some of them foreigners, were arrested by state religious authorities during a raid at a Shi‘i centre”

Hence, the institutionalized corruption of the Razak regime, coupled with the violent punishments that are advocated, serve to demonstrate the rise of conservative authoritarianism in Malaysia. Any action that may contradict Islamic principles is met with violent punishments, and opportunities to obtain justice are almost non-existent. This political system, characterized by entrenched violence has played into the hands of ISIS.

Furthermore, ISIS has recruited several fighters from Malaysia including Mohd Lotfi Ariffin, a former PAS member from Kedah who regularly posts pictures and videos with other militants in Syria in an effort to inspire Malaysian youths to join. This demonstrates that ISIS is already capitalising on its vantage spots in Malaysia; using the Salafist discourse on the part of the government to justify its recruitment and its violent message.

In a 2013 Pew Global Attitudes Survey, it was noted that “in Malaysia . . . roughly a quarter of Muslims (27 percent) take the view that attacks on civilians are sometimes or often justified.”

Thus, there is no surprise that Malaysia is a perfect breeding ground for extremist ideology and jihadist-sponsored violence. ISIS has already declared war on Malaysia and shown screenings of child soldiers and Malaysian passports being burned. ISIS’ mastery of technology to recruit and indoctrinate soldiers across the world does not ameliorate this situation.

Secondly, the discrimination against non-Muslims and non-ethnic Malays lends itself to retaliation and the galvanizing of groups with discontent against the current government. It also threatens political stability which holds such an ethnically diverse country together. Interestingly enough, Mr. Razak’s father designed this same stability mechanism through multi-ethnic coalitions. Marginalization is particularly prominent in the school system, religious groups, and in economic policies.

On June 21, 2015 a senior teacher from Sekolah Kebangsaan (national type school) declared that the Muslim Ramadan fasting period, non-Muslim students were prohibited from drinking water in class, and were only allowed to do such in bathrooms. He told these students that if they did not have enough water, they could drink pipe water or their own urine

Another controversial event surrounding religious intolerance was in June 2014, when the Federal Court with a 4-3 majority upheld a government ban on the use of the word “Allah” by non-Muslims.

The aftermath of this ruling saw frequent attacks on churches as the largely Muslim population felt justified in undermining minorities. This curtailing of the freedom of worship is arguably a political move by the UMNO to cling onto a weakening stronghold in Malaysian politics.

This discrimination transcends the borders of religion and is dominant in the sphere of ethnic relations within the country. Economic policies are purposely designed to benefit Malays and exclude non-Malays from actively participating within the job market and financial sector. To contextualize, Malaysia’s track record on race relations is dismal and this culminated in the 1969 race riots in Kuala Lumpur following the general election. Following these riots (caused by preferential treatment of Chinese during the colonization period), the government institutionalized economic policies that benefitted Malays in all elements of society. Hence, there is an inextricable link between these policies and the development of clientelism and patronage. The government has engaged in a massive program of privatization which inevitably strengthened partnerships between the UMNO and Malay big business, as many public utilities became so-called government-linked companies, or G.L.C.s, …G.L.C.s are said to control about one-third of the capitalization of the stock exchange. This system of advancing Malays economically and excluding non-Malays undermines transparency, good governance and potentially could regress Malaysian race relations to the state it was in during the 1969 riots.

Malaysia, over time could find itself at the brink of violent instability between its religious and ethnic groups, while combatting the looming threat of ISIS. Instituting affirmative policies, and compensating minorities (both religious and ethnic) can only achieve so much. For a country that is perched precariously in the context of its race relations and unstable religious rhetoric, it is imperative that the UMNO fundamentally restructures the institutions that has fermented this instability for so long.