Those Who Remain: Syria’s Unsung Heroes 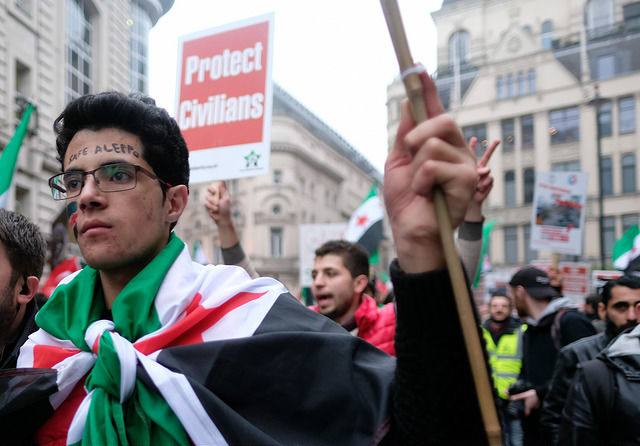 News of a supposed “end” to Syria’s six-year conflict flooded headlines following a statement from Russian Defence Minister Sergei Shoigu’s that the “civil war in Syria is de-facto over,” at the Army 2017 Forum in August. Shoigu informed his Lebanese counterpart that the “implementation of de-escalation zones and the separation of terrorists from the opposition have allowed the fight against terrorism to intensify, thus ending the civil war.” While these steps have led to a temporary respite on civilian attacks and casualties, this conflict is far from over for Syrians, especially with recent rumours of proposed changes (nothing concrete nor definitive available to either refugees or aid agencies) to the United Nations Higher Commission for Refugees (UNHCR).

For the past six years, the world has passively watched as Syria’s peaceful demands of basic civil liberties and a less oppressive regime have manifested into a brutal war zone for civilians and soldiers alike. In 2014, the UNHCR commissioner assessed the “threat of violence and detention” in the region to be so dire that the organization began to support special protections for refugees outside of Syria.

Recently, however, there has been a shift in the perception of this threat by the international community, as many countries have begun altering their refugee policies. Encouraged by news of the government’s recapture of most urban centres and the constriction of rebel fighters to a northern province following a series of truces, countries harbouring refugees from the Syrian Crisis are heeding Shoigu’s words and have begun taking coercive actions towards refugees. Many of these actions have culminated in the deportation or “involuntary” departure of refugees, thereby making the proposed changes to Syrian refugee protections even more alarming. Many activists and aid agencies fear that host governments will abuse these changes and increase the already alarmingly high deportation rates, leaving refugees vulnerable to both rebel and government harassment, as well as the looming threat of violence if a hostile party violates an agreed upon truce.

Since 2011, the international community has witnessed an unprecedented outpour of Syrian refugees seeking to escape the increasingly brutal conflict between government and rebel forces. But many Syrians have remained trapped in this seemingly relentless conflict by border closings, financial restrictions, and the physical conflict itself. This disturbance to civil society has forced many Syrians to relocate internally to less affected areas. Since the onset of this displacement, Syria has seen a 50% increase in unemployment, an unprecedented increase in poverty, major shortages in aid and other basic essentials, and a dramatic  decrease in school attendance rates, which is concerning for a country with a previously high literacy rate of 86%.

Underlying the discussion of this supposed respite and de-escalation in Syria are the presence and efforts of civil society groups working to establish peace and enact civil reform through local channels.  Interestingly enough, these civil society groups have taken on a more active role in remedying domestic issues than any official organization by tapping into previously unavailable platforms for local and civil reform. The current focus of these efforts and organisations, however, is centred around the brokering of cease fires so as to make life bearable for those left behind. 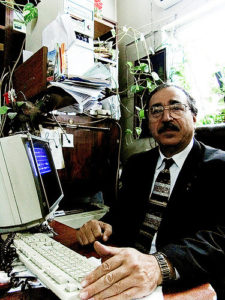 Syrians have become increasingly distrustful of peace efforts unless they are initiated at the local level by trusted community members, such as the above-featured doctor (Image by HakanT).

Furthermore, social actors are instrumental in re-establishing order within individual communities, with eventual hopes of pursuing more theoretical agendas to enact tangible civil reform in Syria. Lawyers, doctors, religious leaders, teachers, retired generals, and other revered members of the community have been the backbone of this local movement. These agents have risen to positions of leadership and have been working as negotiators to broker deals with both the government and rebel forces.  Not surprisingly, however, these efforts, despite their success, have been largely ignored by the international community and the mainstream media. Primarily concerned with broadcasting graphic and “poignant” images of war casualties and massacres to capture the world’s attention, the media has repeatedly marginalized relevant grassroots developments of the Syrian conflict, leaving those who remain isolated and largely unheard.

A notable example of this one-dimensional news coverage is the town of Barzeh. Initially an epicentre of Syrian violence and civilian casualties, the town used to serve as one of the media’s main sources of shocking material. However,  the Barzeh Local Coordination Committee has worked tirelessly with both sides to reduce the threat of violence and re-establish a relative sense of order, producing a successful peace deal in 2014. The deal led to a cease-fire on both sides, the release of detainees in government prisons, the opening of the main roads for Esh Alwarwar civilians, the return of locals to their residences after the repair of infrastructure and services, and the retreat of the regular army from positions within the neighbourhood, among other items. Yet, the media has barely covered this transformation, nor the work in general of these devoted Syrians. Barzeh is only one of the many examples of  the presence and success of this new, localized political effort for civil reform and Syrian peace. While Syria still has a long road ahead, these efforts are providing a future for Syrians, giving them a glimmer of hope for their homeland’s future, liberalized political climate.

For many Syrians, these local and relatively small peace deals have done more for them than any official peace talks in Geneva and Turkey, or any other international peace organization like the United Nations. In fact, many Syrians have become increasingly distrustful of peace unless it is initiated at the local level by community members who understand their intricate social and cultural framework, as well as the severity of conditions these individuals face daily. The question then arises as to why these local and relatively successful peace efforts have been largely ignored by the mainstream media and the international community.

The Inherent Contradiction of Peace and Journalism

Peace, by its very nature, is an inherent antithesis to journalism, as its multifaceted and drawn-out nature contradict the basic pillars of journalism: immediacy, drama, simplicity, and ethnocentrism. Such a contradiction creates challenges in covering peace efforts, especially in a truly objective manner as many journalists aim. This endeavour, however, is complicated by the fact that war and peace cannot be covered objectively, as this will inevitably marginalize the unofficial groups involved, such as the local social actors in Syria. For instance, flashy news stories will point to more global causes, such as the persistence of government forces or a decline in rebel supplies, as the reasons behind the developments in Syria, while ignoring local advancements that have played a paramount role in diffusing this conflict. But when the media does cover Syria at a local level, they portray a helpless and passive civil society to emphasize the prevalence of grave humanitarian abuses, completely ignoring the active and fundamental role of these civil society groups.

Contrary to popular belief, the Syrian conflict, and conflict in general, is not binary in terms of its participants. There are two perceived sides: the Government (the official side) and the Opposition (the rebel side). But these groups are divided and have their own interests, making them impossible to decisively classify. There are also those who claim neither side out of passivity or disillusionment. Unlike international efforts and media coverage that fixate on this artificial binary, local civil society groups have targeted those groups caught in the middle of this war of extremes, attempting to rectify their immediate situation in a way that is respectful to local political and social structures.

This article has been edited by Arnavi Mehta.