Repeal, Defund, or Legalize: The Fight for Abortion in Ireland and the United States 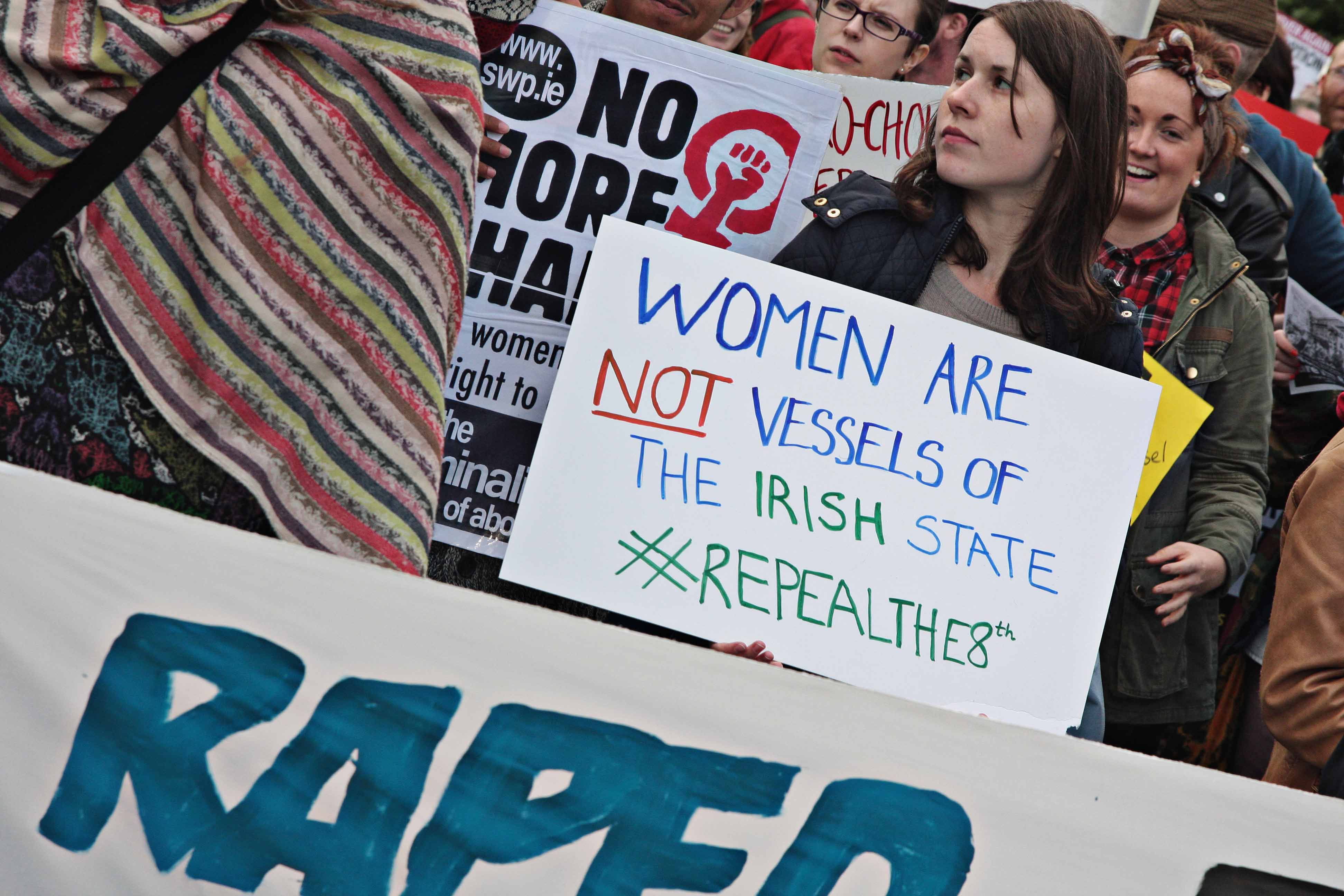 Abortion remains a controversial topic in the West regardless of whether it is legal or not. While the United States Supreme Court Case Roe v Wade (1973) declared state laws banning or restricting first trimester abortions unconstitutional in the United States, in Ireland almost all cases of abortion have been constitutionally illegal since 1983.

While abortion was already illegal in Ireland before 1983, it was this year that a voter referendum enacted the Eighth Amendment which “gave ‘the right to life of the unborn’ equal status to ‘the right to life of the mother’ under the Constitution”. However, the labelling of abortion as a crime apparently enshrined in the constitution has not made the topic any less controversial, nor has it halted criticism from the domestic population or international sources.

In June 2016, a United Nations human rights commission decreed that Ireland’s ban on most abortions “subjects women to cruel, degrading and discriminatory treatment, and should be lifted in cases of fatal fetal abnormalities”. This commission was formed in response to the case of Amanda Mellet, who was 21 weeks pregnant in November 2011 when she travelled to the United Kingdom (UK) for an abortion upon learning that the fetus had “congenital defects and would die in the womb or shortly after birth”. Mellet had to travel back to Ireland only 12 hours after the procedure because she could not afford to stay any longer.

Many other cases have elicited outrage and calls for change to Ireland’s abortion laws, and some have even effected change, particularly what has come to be known as the ‘X case’. In 1992, a 14-year old who had been raped was barred from leaving the country to have an abortion – a practice which remains today – and she miscarried shortly after. The X case led to both a voter-approved reversal of the legal prohibition of women travelling for abortions as well as a court decision to allow abortion if the mother’s life is at risk, including from suicide.

However, enforcement of these changes have been left up to medical interpretation and even sometimes did not happen. In 2012, an Indian-born dentist, Savita Halappanavar, died after doctors refused to perform an abortion while she was having a miscarriage because the fetus’s heart was still beating, despite it having “no chance of survival”. Outrage at her preventable death came nationally and internationally.

Yet the fact is that Ireland does not allow abortions “in cases of incest, rape, fetal abnormality or when there is no prospect of survival outside the womb”. Doctors, who give information on abortions that may be construed as advising in favour of or promoting one, may face criminal charges. Every day, 12 Irish women travel to the UK to have an abortion. Making abortion illegal does not stop it from happening.

Since the legalization of gay marriage through a first-of-its-kind popular vote in Ireland last year, many has turned to abortion as the next civil rights issue under their Eighth Amendment. There are many who no longer want to see the stories of the X case, Amanda Mellet, or Savita Halappanavar or the hundreds and thousands of women whose own stories and experiences with abortion have been silenced.

In order to change the Eighth amendment, another referendum would have to take place, but just as there are many who believe abortion should be essentially decriminalized and made legal, there are many others who wish to keep it illegal. In a recent opinion poll done by the Irish Times, “55% of respondents said the eighth amendment should be repealed to allow for limited access to abortion in the cases of rape and fatal fetal abnormality, while just 19% said it should be repealed to allow for abortion in all cases.” Yet the emergence of a strong Repeal campaign and its concurrent opposition have almost ensured that there will be a national dialogue on the matter.

Across the Atlantic, abortion policy seems to be headed in a different direction. During the recent election, a great deal of campaigning on the Republican side centred around defunding Planned Parenthood, a non-profit organization providing health services for women. The organization has long been a target of Republican scrutiny and anger as one of the services they provide is abortion, precipitating many of its promises to defund the organization in its entirety.

President Trump flip-flopped on the issue during the primaries, saying he would strip federal funds from Planned Parenthood but that he admired their work during the primary debate in February, then saying that women who have illegal abortions should undergo “some form of punishment” in March, and in April stating that abortion should stay legal.

However, as President of both the Republican-controlled House and Senate, Trump has the ability to defund Planned Parenthood and enact abortion restrictions as he or his government and supporters see fit. Already Paul Ryan, House speaker, has declared that Republicans seek legislation to defund Planned Parenthood while they try to repeal Obamacare. President Trump has also already reinstated a Reagan-era policy preventing international organizations which “perform or promote” abortions from receiving American funds. Cuts to Planned Parenthood funds in Texas have resulted in increased difficulties in accessing contraceptives, more time and money spent to find new sources of health services that the organization offered, and women now paying out of their own pocket for Planned Parenthood’s services.

The seemingly imminent restriction of abortion and other reproductive health services in the United States is a stark contrast to the debate beginning in Ireland: calls for a restriction on one side of the Atlantic, calls for legalization on the other.

In Ireland, these calls have been headed by the Repeal the 8th movement, out of which has emerged a specific campaign called “Strike 4 Repeal” that calls on women in Ireland to strike on March 8th, International Women’s Day, in support of repealing the Eighth Amendment.

In response to the movement and popular calls for action, the Irish Parliament gathered an assembly of 100 Irish citizens to discuss, among other topics, possible changes to abortion policies. Based on the assembly’s discussion, the government will be able to better gauge how the population feels towards the issue and whether a referendum has the ability to pass. However, the Irish government has recently made it clear that any referendum to repeal the Eighth Amendment will not be held until 2018 at the earliest.

Ultimately, the rhetoric on both sides of this debate, both in Ireland and the United States, remains divisive, controversial, and passionate. The fight for reproductive rights and health, bodily autonomy, and freedom of choice continues.