Republicanism and Islam in the Banlieues 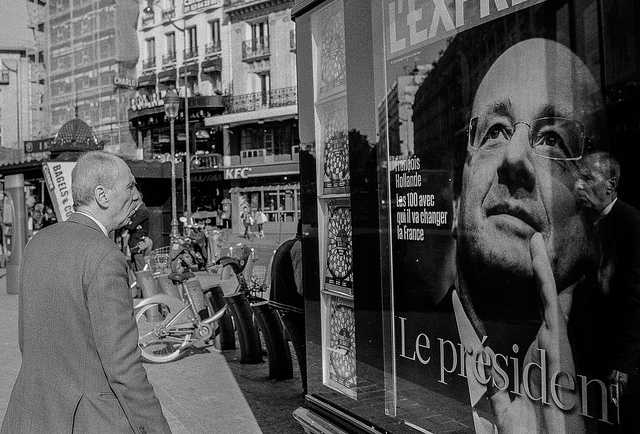 The Paris attacks this fall brought to the fore the threat of European citizens recruited by ISIS returning to their European homes and committing violent acts. While increased security measures across Europe are certainly important to availing future threats, the resulting political rise of the National Front party and its leader Marine Le Pen as serious national contenders in France’s recent elections signals a concomitant rise in Islamophobia. While this party is the most explicit in questioning the loyalties of the country’s Muslim minority, there is a widespread belief about the incompatibility of Islam with French Republicanism, one that is reflected in popular culture with books such as Submission by Michel Houellebecq. The French state has provided Muslim immigrants with a take it or leave it offer; the government has ordered them to give up certain dictates of their religion or face social and legal penalties.

Significantly the term ‘immigrant’ in popular discourse in France refers not to people who have yet to be naturalized as French citizens, but instead the offspring of the immigrants who came to France in the 1960’s, 70’s, and 80’s. These ‘immigrants’ hailed mostly from the former French colonies in sub-Saharan Africa and the Maghreb, with an especially large number from Algeria. They are a majority Muslim, but it is notable that ethnic minorities from these two regions are often assumed in France to be Muslim, even if they are not practicing.[1] The Muslim ‘immigrant’ population in France generally resides in the peripherie of the country’s major cities. France’s government cannot by law collect data along lines of religion or ethnicity, but the consensus amongst experts is that Muslims make up between six to eight percent of the current population.[2] Their descendants who were born in France are legally French citizens and therefore entitled to the same rights as any other members of the polity. However, to this day they have yet to be integrated economically, socially, or truly politically; astonishingly, it is a matter of debate in France whether the onus for this failure is the fault of the French state or that of the ‘immigrants’ themselves. The argument that the ‘immigrants’ are responsible for their own failure to integrate rests on the supposition that their religion (predominantly Islam) is antithetical to French Republican values. However, this argument deflects away from real discrimination that occurs against ‘immigrants’ because of their ethnic and religious otherness and is a further cause for their alienation from the rest of French society. In this sense, France has failed to live up to the spirit of Article 1 of the UDHR by denying certain members of its citizenry the equal dignity of their firmly held religious beliefs.[3]

The collapse of the French colonial system, particularly the defeat in Algeria, was the genesis for much of the immigration to France that occurred over the last half-century. The end of the Algerian War of Independence in 1962 resulted in the immediate return of one million French colonists, popularly called pieds noir; shortly thereafter one million Algerians also immigrated in order to fill the labor shortages in France’s industrial, agricultural and construction sectors.[4] Originally these immigrant workers lived in bidonvilles (shantytowns). When the native French industrial laborers could afford to move to their own private houses in the banlieues due to rapid economic growth in the 1970s, they vacated their public housing apartments, which were then taken up by the ‘immigrants’.[5] Globalization and its correlated effect of the movement of industrial jobs overseas or across borders crippled France’s manufacturing and precipitated a decrease in economic growth; one result of this trend is that unlike the native French working class which was able to use public housing as a stepping stone in upward social mobility, the ‘immigrants’ found themselves stuck at the bottom of the social ladder and trapped in the decaying housing works. The suburbs that compose the periphery, also known as the banlieues, are now rife with crime, joblessness, and poverty due in part to the dearth of employment in industry.[6] The massive public housing structures (cités) that house most of the banlieues’ Arab and African residents are also decaying.[7] Older residents do not hold out much hope for their children’s better future, as social mobility in the banlieue is impeded by poorly performing public schools. In fact France’s educational system is amongst the most unequal in developed countries.[8] The disparities are further compounded by economic disadvantages. For example, in the banlieue of Grigny, just south of Paris, unemployment is double the national average and is forty percent among the youth; nine out of ten residents live in one of two notorious cités, “La Gran Borne” and “Grigny 2,” and sixty percent of children are living below the poverty line.[9] Grigny is not an extraordinary case of suburban neglect by the metropole; it is instead exemplary of the conditions in France’s banlieues.

France’s political elites have done little to stem the feelings of alienation many residents of the banlieues harbor due to the dire economic and educational conditions. The 2005 riots that erupted over the deaths of two boys in Clichy-sous-Bois, a banlieue to the east of Paris, prompted the France’s lawmakers to introduce a $55 billion, nine year plan to address economic and societal problems in the banlieues that were at the heart of the rioting.[10] Despite this policy measure, unemployment in the banlieues actually increased during the 2008-2011 period, in connection with the global recession, and schools in the banlieues continue to experience high turnover amongst inexperienced and often overmatched teachers.[11] While the effects of the global recession stymied the potential for French policymakers to address the plight of the banlieues, the widespread discriminatory attitudes towards its Muslim and ethnically ‘other’ minorities have compounded economic inequalities in France. Claire L. Adida, David D. Laitin, and Marie Anne-Valfort identified the existence of significant anti-Muslim discrimination in the French labor market, finding that “a Muslim candidate is 2.5 times less likely to receive a job interview callback than his or her Christian counterpart.”[12] Vincent Tiberj and Laure Michon demonstrated that discriminatory attitudes in France do not merely preclude ethnic and religious minorities from economic opportunities, but that they are also underrepresented in the political sphere.[13] Some argue that the Communist and Socialist Parties, who usually garner the majority of the ‘immigrant’ vote, already represent their interests by stressing the need to breakdown class disparities. However, their politics obscure from the visceral and real discrimination ethnic and religious minorities face in France, which highlights the need for French politicians who actively champion minority issues.

Unlike the United States, which is a liberal democracy, France is a republic with a distinct conception of secularism called laïcité. The republican model of democracy connotes a much stronger and involved vision of the state than liberal democracy, and while its also confers equal rights on its citizens, it stresses civic duties and nationalism, thus rendering it hostile to other markers of identity or communitarianism.[14] Laïcité is different from secularism in the United States because it denotes the strict neutrality of the state with regards to matters of belief and religious practices but not necessarily a dichotomy of the political and religious spheres, as opposed to the American model of the separation of church and state.[15] The difference between secularism in the United States and France may well appear to be merely a semantic issue, but interpretation of laïcité has led to French legislation demonstrating the stark distinction between the two secularisms.[16] In France, the law prohibits public officials and public school students from wearing any overt religious symbols. While this law is technically neutral, meaning that it does not discriminate against any particular faith or religious belief, it should be viewed in context of the larger cultural debate over the hijab in France that has raged since the 1989 expulsion of three teenage girls who wore the hijab to their public school.[17]

The political debate in France over Islam detracts from the failure of the French state to integrate its ethnic Muslim minority. Worsening economic conditions have exacerbated the inequalities between the banlieues, where much of the French Muslim population lives, and the metropole. Political representation in France needs to account for the multi-ethnic and religious identities of the French polity so that problems of discrimination are addressed and combatted. Reducing the political and economic factors that contribute to the alienation of the French Muslim youth is an important first step to dispelling claims about the incompatibility of Islam and French Republicanism.

[3] “All humans are born free and equal in dignity and rights. They are endowed with reason and conscience and should act towards one another in the spirit of brotherhood.” The Universal Declaration of Human Rights, http://www.un.org/en/documents/udhr/.

[6] Claire L. Adida, David D. Laitin, and Marie-Anne Valfort, “Identifying Barriers to Muslim Integration in France,” Proceedings of the National Academy of Sciences of the United States of America 107, no. 52 (December 28, 2010): 22384.

[16] The hijab is a scarf Muslim women traditionally wear over their hair. Halal connotes the permitted foods and substances according to Muslim dietary laws.