Resistance Is Futile: Prominent Putin Critic Gunned Down in Moscow 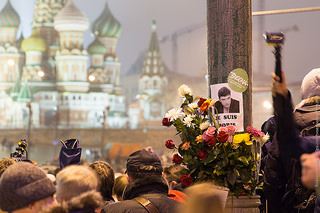 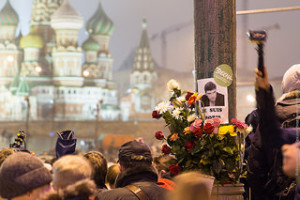 In the past year, from its annexation of Crimea to its contentious role as host of the 2014 Winter Olympics in Sochi, Russia has continued to remain at center stage of global politics. At the heart of Russian notoriety stands Vladimir Putin, Russia’s controversial yet widely supported president. Since gaining office as President for the first time in 2000, Putin has garnered support by distancing himself from the liberal elite of the nineties and the economic chaos over which they reigned. He has worked hard to strengthen ties between the Kremlin and the widely influential Russian Orthodox Church and has implemented laws, such as the controversial gay propaganda law in 2013, that appeal to his largely rural, religious support base. (Adomanis)

However despite the quasi-authoritarian grip that Putin has maintained on Russian politics, there have been prominent opposition leaders that have spoken out strongly against Putin and the Kremlin. Until recently, one of those leaders was Boris Nemtsov. Nemtsov, who was assassinated in front of the Kremlin on February 27th, 2015, had an early political career that in many ways mirrored that of Putin’s. Both of them became involved in the municipal politics of their respective hometowns: Putin in Saint Petersburg, Nemtsov in Sochi. Both advanced on to political careers in Moscow under the presidency of Boris Yeltsin, the first president of the Russian Federation.

But the similarities between the two men end there. During his political career, Nemtsov was a member of Moscow’s liberal elite, progressive and unabashedly pro-Western. In contrast, Putin was hostile to Western influence and sharply critical of Nemtsov and his ilk, describing them as “jackals who hang around Western embassies.” (Treisman) But after President Yeltsin’s abdication from office in 2000, Nemtsov was progressively pushed further and further to the fringes. He was an extremely vocal critic of the 2014 Sochi Olympics, authoring a report that accused Putin and his associates of embezzling billions from taxpayers in Russia. (Payne)

Nemtsov’s enmity with the Putin Administration was compounded after the Russian annexation of Crimea last spring, an event that by possible coincidence occurred on the same day but one year earlier as Nemtsov’s death. In the intervening year, Nemtsov remained a fiery critic of Russian policy towards Ukraine and was recently on the verge of publishing a report in which he alleged he had hard evidence of Russian military intervention in Eastern Ukraine, an allegation that President Putin and other prominent Kremlin players have continuously denied.

Unfortunately, Nemtsov never got the chance to publish his report. He was shot eight times in the back while walking near the Kremlin in Moscow. His assailant remains unidentified, and his death has left other prominent opposition leaders worried that Putin has begun placing bounties on the heads of his detractors. The investigation into the death itself has been riddled with questions and apparent misconduct. For instance, why, in an area so saturated with video surveillance, have the authorities not released a clear video showing the killing? The political reaction to the killing has been equally mixed. Thousands came out in support of Nemtsov, flooding the streets of Moscow, holding signs, and chanting in demand for justice. But there have been quiet, yet significant, sentiments that Russia is better off without him. At the time of his death, Nemtsov was truly on the fringe of Russian society, with only 6% of Russians saying they supported him and his beliefs. (Treisman) For his part, Putin has publicly denounced the killing, but this has done little to quell the fears and suspicions of those who think the President may have played a larger role in the killing than he admits.